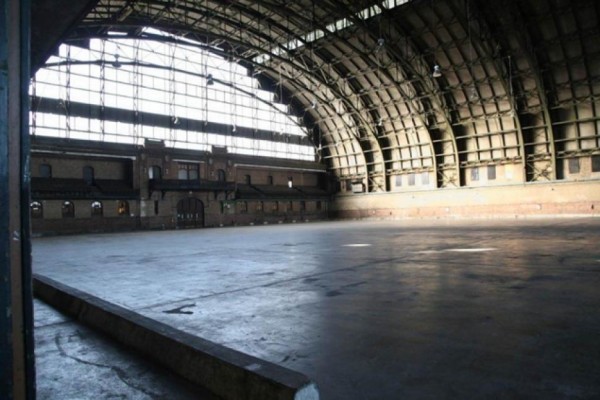 Here is the official statement from Timewarp on their FB page:

“As techno fans, we are members of a global community that celebrates inclusion and equality. That spirit manifests at the local level too. Out of respect to the community of Crown Heights, we have agreed to move Time Warp US 2015 from the Bedford Union Armory to the spectacular site of Time Warp US 2014, just 5 miles away. The dates remain the same.
Address: 39 Street Pier, 18 39th Street Brooklyn”

Brooklynites are not too keen on the massive “Euro rave party” that will be taking place in their neighborhood at the Bedford Union Armory next weekend. Locals are trying to force Time Warp to change venues due to concerns with sound and safety, and coalitions are calling out the world-renowned techno event as a public disturbance in a quiet residential part of town.

The Time Warp team has promised to soundproof the venue as well as provide shuttles to and from the venue to reduce issues with traffic and debris. Last year’s event, the first Time Warp US, took place at the 39th Street Pier in Sunset Park, Brooklyn after it reportedly failed to secure a permit for Kingsbridge Armory in the Bronx.

Time Warp officials have issued a full statement in response to the local council and groups:

We would like to provide information to the community about the upcoming Time Warp event at the Bedford Armory.

Let’s be clear — Time Warp is not a rave. It is a venerable, globally recognized celebration of music with high-level production, featuring 27 artists from 12 different countries. Our core audience consists of adults, primarily ranging from 23 to 35 years of age.

Time Warp has a proven record of safe and successful events. At last year’s event at Pier 39 in Brooklyn, the Chief of the 72nd Police Precinct and the local community board were so pleased that they wrote letters of endorsement.

We have gone to great lengths to minimize disruption to the community, including:

This event will have a substantial positive financial impact on the community. Sixty percent of ticket buyers are coming from outside of New York, traveling from 33 different countries and 43 states. Our staff alone has rented 100 local hotel rooms and will be patronizing all local restaurants.

We would be happy to meet with any community members to walk them through our plans. We want this event to be successful not only for Time Warp and its fans, but the community as well.