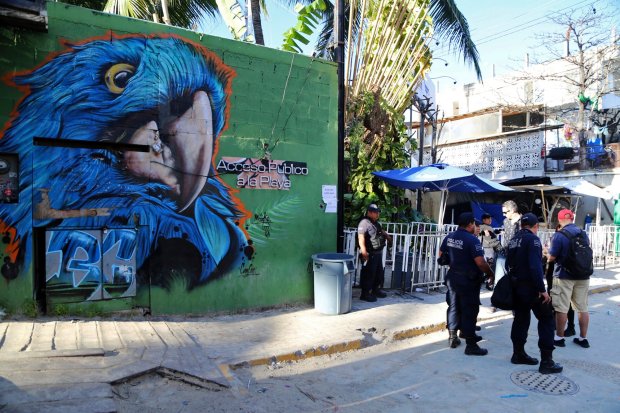 Five people were confirmed dead on Monday morning after the Blue Parrot shooting and it seems the situation only continues to grow worse in the Cancun region.

See video of the shooting standoff at the federal center.

Additionally, the hotel zone of Cancun and the exit to Playa del Carmen are closed to traffic.

Early Tuesday, the Zetas cartel claimed responsibility for the Blue Parrot killings with these statements:

“This is to show that we are here. It was for not paying, Phillip BPM. This is the beginning. We will cut the heads off Golfos, Peloness and Chapulines.” Signed The Old Fayo Z(etas).

“Heads will roll if you don’t pay up. This is just the beginning. We’re coming for you Golfos y Pelones. Authorities, don’t get involved! BPM, be on your toes bitches, we’re coming in strong to recover the plaza.” signed Fayo y El Indio Zeta Vieja Escuela”

IF YOU ARE IN THE CANCUN REGION, INCLUDING PLAYA DEL CARMEN, AKUMAL, and TULUM PLEASE STAY INSIDE.