Lightning in a Bottle Releases Lineup for 2022 Return 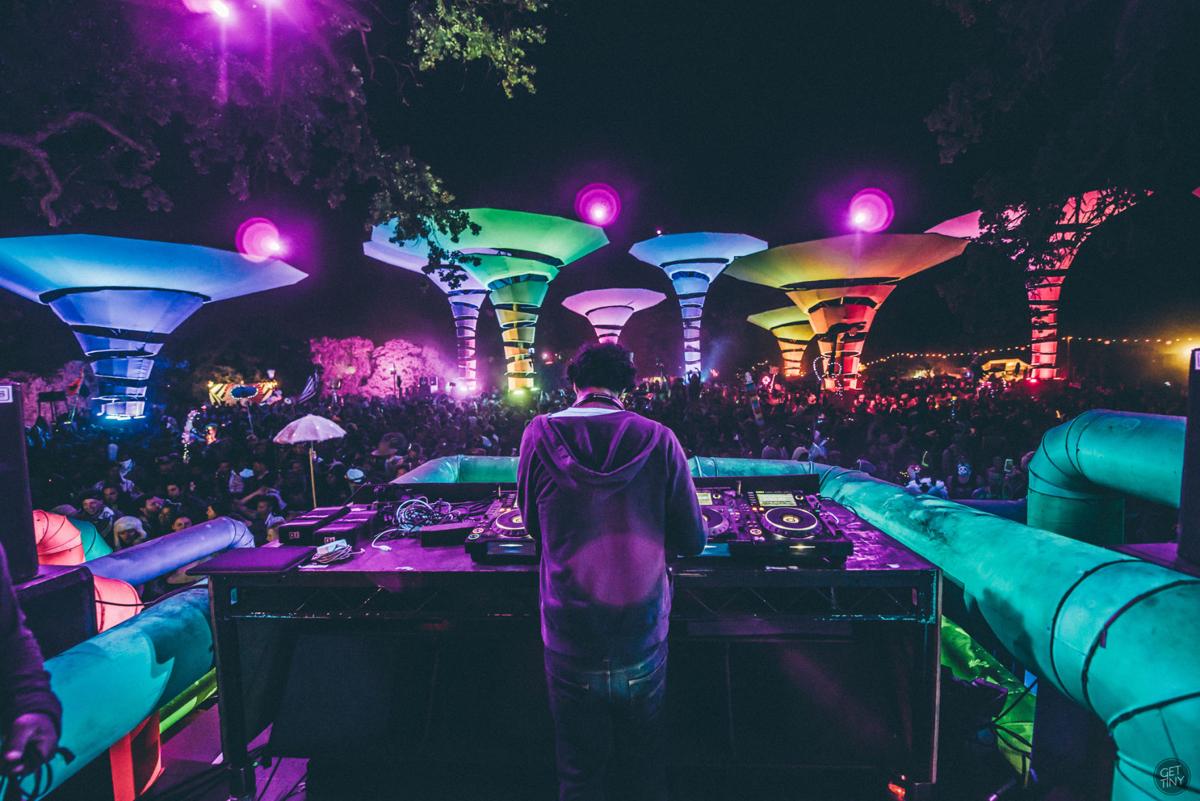 Lightning in a Bottle Releases Lineup for 2022 Return

Do LaB, the California-based production company, has announced the lineup for their boutique festival experience Lightning in a Bottle (LiB) for its return in 2022. Hailed as one of the premiere immersive music and arts festivals in North America, LiB will take place over five full days on Memorial Day Weekend, May 25 – 30, 2022 at Buena Vista Lake, California.

Started in 2004, LIB has long since established itself as not just a music festival, but an entirely immersive experience. Known for their immersive art installations, the Do LaB spares no expense for their own flagship festival. Immersive stage design, art installations and educational workshops also take center stage at the event in addition to the music lineup. Artists keep coming back to play LIB thanks to its creative stage environments built for immersion, wonder, and connections.

Fans of the festival were no doubt disappointed when Do LaB had to cancel May 2020’s edition of the festival due to the pandemic, but the Do LaB is back and better than ever to put on the event so beloved it sells out nearly every year. With a set restriction on number of tickets sold, the Do LaB aims to provide attendees with an intimate and unforgettable experience.

Purchase tickets to Lightning in a Bottle 2022 here

LIB features three main stages: Lightning, Thunder, and Woogie. Lightning is the main artery of the festival featuring internationally-famed headliners such as British electro-pop band Glass Animals, Soulection mastermind Kaytranada, SG Lewis, GRiZ, Little Simz, Empress Of, and more. In addition to these names, Purity Ring will return after their long hiatus to perform what is sure to be one of the best live sets of the weekend. Multi-talented German producer Monolink will perform on the Lightning stage with his new album in tow.

Woogie, LIB’s famed intimate house and techno stage, will expand to a full day of Thursday programming for the 2022 event. Not to be outdone, the Woogie stage will feature international headliners, such as South-African star DJ Black Coffee, the inimitable Four Tet, globe-trotter Seth Troxler, and purveyor of deeper shades of UK house Maya Jane Coles. Critically-acclaimed artist Jon Hopkins also joins the Woogie lineup with his new psychedelic therapy album release. Don’t miss the techno stylings of Inneallea, who has risen to prominence thanks to several successful releases on Tale of Us’ label Afterlife. The techno lineup is also graced with a performance by underground Palestinian artist Sama’ Abdulhadi. Esteemed Anjunadeep talents Yotto and Eli & Fur will also grace Woogie with their dancey and emotional vibes. House music will be having a moment with its new class of artists making their own waves such as Lubelski, VNSSA, Kyle Watson, Sohmi, Honeyluv, and more. The new class will be joined by veterans of the scene such as Detroit’s DJ Minx and LA’s Marques Wyatt. Rounding out the stage lineup are Max Cooper, Hernan Cattaneo, WhoMadeWho and more. Bring proper shoes because the Woogie stage will have you dancing all day and night.

Aptly named after nature’s own bass, the Thunder stage is where fans of more thumping sounds can get down. Featuring special sets from Clozee, G Jones b2b Eprom, Mr. Carmack, Ivy Lab, Thunder will be pushing the sounds of the future of electronic music all weekend. The Librarian is one to catch if you crave deep bass, club music, jungle, footwork, and more. The undercard is just as genre-bending and defying as the headliners, with up-and-coming talents such as Of The Trees, Rome in Silver, Player Dave, Jon Casey, Memba, and more. These newer faces to the scene are creating huge waves with their unique takes on dance music. Kilamanzego and A Hundred Drums in particular are receiving high praise in the underground for their unique productions and genre-defiant sounds. 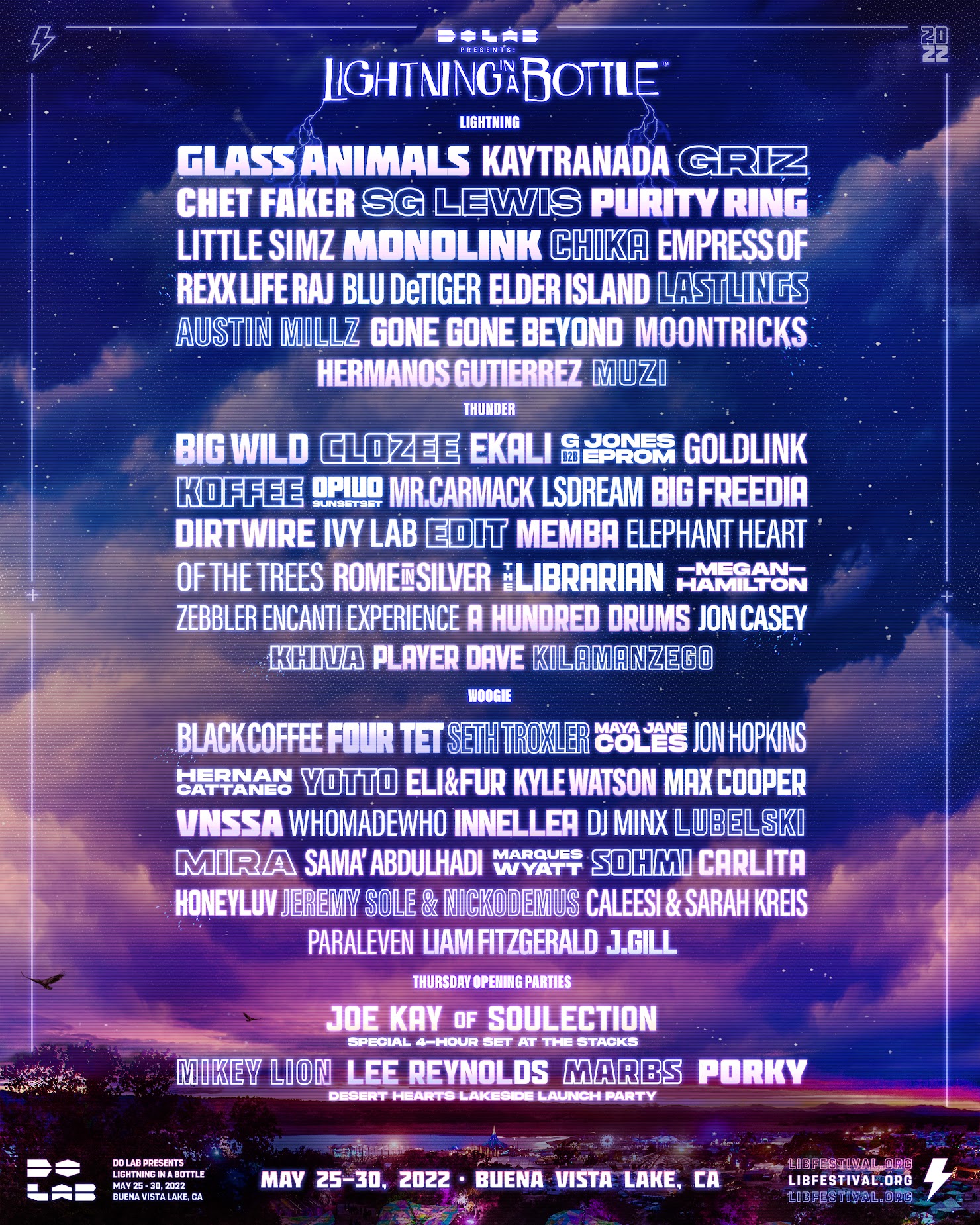 LIB 2022’s five-day experience will be kicked off by none other than the Desert Hearts Crew’s Mikey Lion, Lee Reynolds, Marbs and Porky for a picturesque return of their famed Lakeside Launch Party, this time taking over the new sandy enclave called LIBeach. Adding to this, there will be a 4-hr Joe Kay Experience (Soulection) set on Thursday night at The Stacks. Do LaB is also premiering a new stage at LIB called The Junk Yard, which will be the home of the Junk In The Trunk art car previously seen at Burning Man. The Junk Yard will replace Favela Bar as the event’s host for California’s favorite native house and techno artists.

The immersive experience is set to be one of the best intimate adult playgrounds in the country. Don’t sleep because this event is likely to sell out.