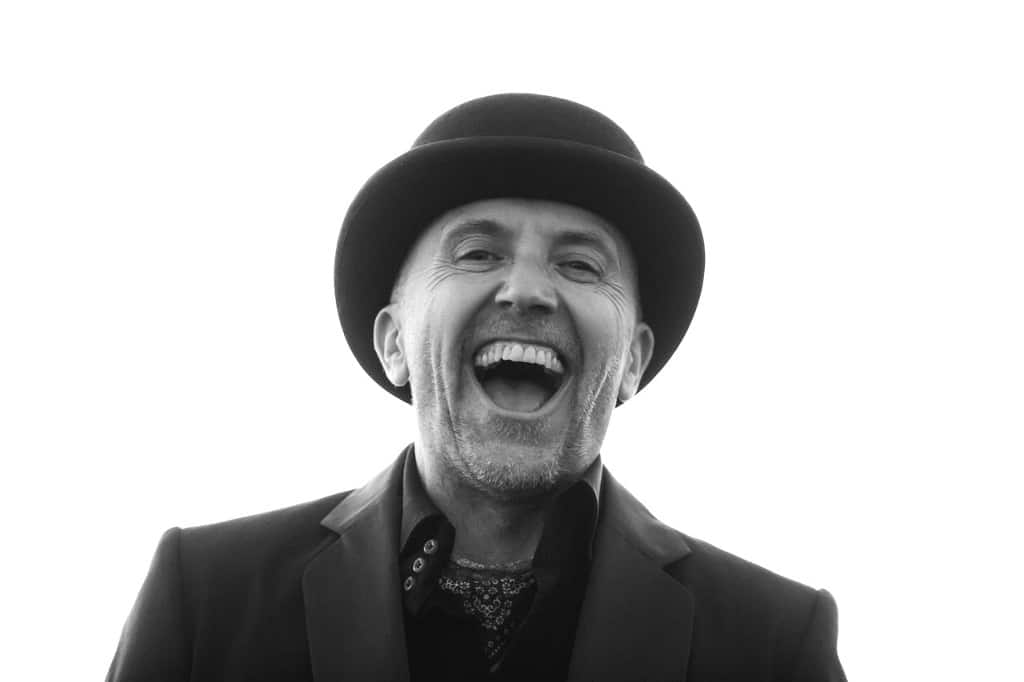 Lee Burridge is not one for the limelight, yet somehow he found his way into a career that puts you front and center of it all. Taking to the DJ booth, he’s been commanding dancefloors all over the world for the past 30 years. However, while he’s become a well-respected electronic music mainstay, for Lee Burridge, music has always been the centerpiece. “I was on the microphone asking people to move their cars, so people could go home,” says Burridge reminiscing on his beginnings as a wedding DJ and playing at local nightclubs.  “I loved music, and actually is the same reason I DJ today is because I love music and love to share it.”

I find joy wherever I am. It [just] depends which eyes you see through.

Lee Burridge, A Citizen of the World

His story starts in 1987 when he first encountered what’s now considered house music. Little did he know that his fun past-time would lead to more. DJ, radio host, event curator and label boss are hats Burridge wears aside from his usual bowler hat. Seeing the music industry evolve to what it is now and going through a pandemic Burridge describes it as a balloon, “[it] got too big and needed to pop.” It’s is an ecosystem that expands and contracts breathing in and out.

Burridge goes onto explain how COVID-19 is providing a reset for the music community. “As with anything, things get sort of out of control. Everybody becomes a DJ or promoter or wants to have a club…that doesn’t necessarily mean it’s a good thing,” says Burridge. He’s at an advantage compared to newer artists starting out given his longevity and years in the business but knows nothing is ever certain, “there’s no guarantee my career will come out intact.” So how can aspiring artists approach the uncertain, challenging times? “Maybe it’s just a moment to reflect and see if that’s truly what you want to do and if it is I think people can make because they’ll find a way to make it,” advises Burridge.

I don’t think everybody is suddenly going to get comfortable in front of the television set watching streams and it’s replaced. The cinema survived just fine when television became a major form of entertainment.

Lee Burridge’s thoughts on virtual events within the music industry

With live events at a standstill in the music industry, it’s hard to say not only when they’ll come but what they’ll look like. Social gatherings whether at a festival or show are a cornerstone to dance music culture. It’s where the culture and community began. Is this the end of an era? Will virtual events takeover? Burridge says otherwise.  “There’s always room for entertainment and distraction in people’s lives and community. It’s not going to go away,” he shares. “Does it change, yes. [It] adapts and evolves, but it doesn’t just get replaced.”

Listen: In Interview with Lee Burridge, Getting Lost in Music & Finding Joy

6AM · 6AM In Interview: Lee Burridge on Getting Lost in Music & Finding Joy

It’s not about pointing your face toward that DJ and worshipping them for seven hours at a party. It’s about going and meeting new people. Music charms people and hypnotizes them. It brings out the best in people

Getting Lost in Melodies and Grooves

Since starting his career as a full-time DJ in 1991, he’s been able to explore various corners of the world. He moved to Asia in his 20s after he got serious about pursuing music as a way to make a living. He looks back and sees it as an “exciting time of discovery, freedom, booze, drugs, girls and music.” Even though he was surrounded by the nightlife he’s always been one to enjoy solitude and gain a deeper understanding of himself. Music has given him the means to see other places and encounter different cultures.

He visited Thailand in the 90s and went to Burning Man in the early 2000s and highlights how both were life-changing experiences. Amazing sunrises and a sense of detachment are two things he recalls from each journey. Where he stayed in Thailand there was only one phone, and it was at the post office. At Burning Man, he went without outside communication for a week.

[I] always wanted to help and encourage other people around me…[In] my 40s I saw an opportunity to actually impart [advice] and expedite young, talented artists that were trying to find their way and find their footing. It felt right to build a vehicle at that point from the music that I wanted to play, and All Day I Dream was that vehicle.

Living in Buenos Aires for a bit, he loved the balance of South American and European culture everything from the architecture to its people. These travels have not only inspired him personally but his music as well. Self-titled “Great Grandfather” of his label All Day I Dream (ADID), he created a platform to fill a void he felt was present in the music industry.

The techno and minimal genres dominated Burridge’s circles in the music sphere but noticed that emotion and feelings were missing. Thus came ADID. It was the answer he had to get lost to find. For Burridge, EDM was overdramatic and too much, but ADID was the delicate balance between beautiful and dramatic. “Create a party in the afternoon rather than the evening that you could have an emotional response to it,” describes Burridge.  ADID has grown from simply a platform into a family. ADID houses branded concepts like his events or and podcast but also nurtures newer talent and houses records. 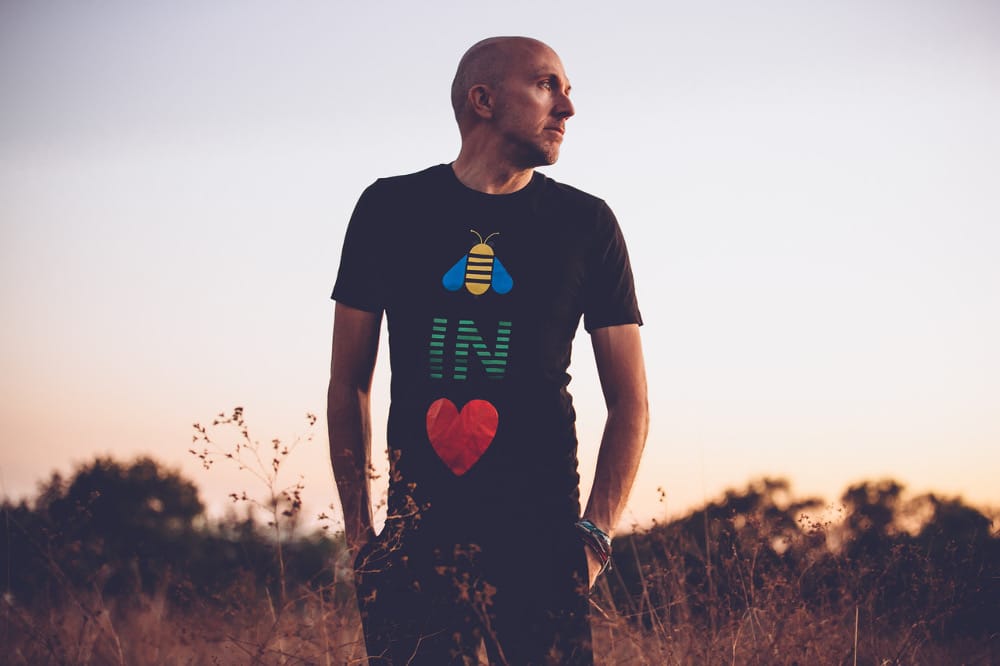 The artists under the ADID umbrella are like a family admits the Great-Grandfather. They’re a family working toward the common good because Lee doesn’t just pay attention to their music but their character. “It’s sort of an attitude…being more about than just themselves. I feel the difference between someone who is pushing really hard to get somewhere for themselves and somebody that loves something and wants to support a bigger idea” says Burridge. “They’re sweet, kind, and love hanging out with the crowd. They’re not in the VIP; they’re [music] lovers.”

People formed a community around something that they enjoyed, and they took that outside of the club. They became friends, lovers or partners outside the immediate experience.

ADID is just like any family. They’re a close-knit group who share music and energy, and Burridge is mindful of how his family grows. “I get so many emails saying ‘This is perfect for ADID,’ and it’s interesting to hear what people perceive as the sound of the label,” shares Burridge. “There’s a bit of misconception energy-wise because if you go to our events there’s this energy and excitement. People are rocking out but it’s not rocking out music; however, the grooves really become incessant and driving.”

Getting to play the records that you love in the order you want is just a gift.

Who Gets the AUX Cord?

A DJ does more than play music. They create an atmosphere and curate energy. Some DJs dance and smile during their sets while others stand in place and have laser focus. Regardless of a DJ’s presence behind the decks, it’s safe to say they’re there for a reason: their ability to move the body and touch the soul. “Everybody has an ego about that they play the best music ever,” Burridge points out. “Even most people you speak to think they have the best taste in music ever.” Let’s be real, even among friends you take turns passing the AUX cord proving each other’s musical prowess. So, what’s his favorite part about DJing? “The fact I get to hear all of the records I really love, really loud,” says Burridge with a light chuckle.