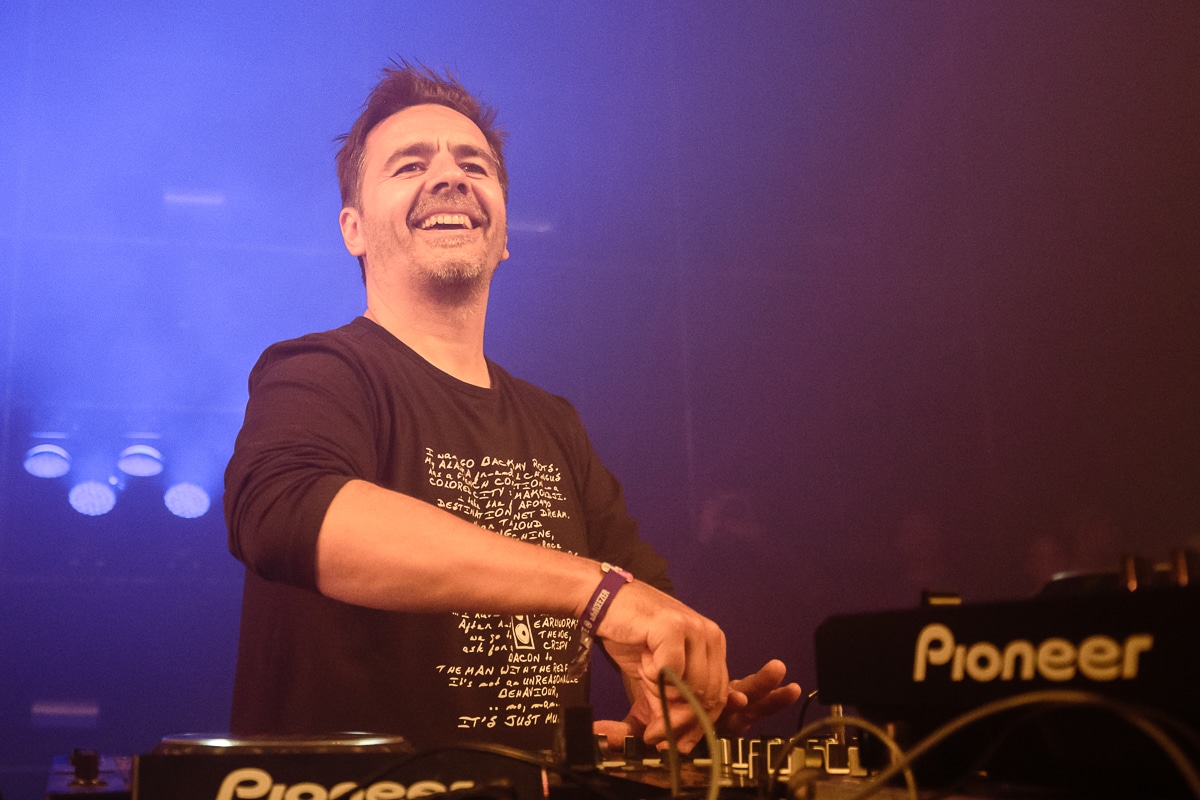 With a career spanning more than 30 years and counting, Laurent Garnier has become a driving force in the electronic music industry. At 57, the man hailed as a pioneer and godfather of the industry is still working and performing without let up.

In a recent interview with the South China Morning Post, Garnier explained the reason why he hasn’t stopped performing:

“(Electronic music) has always been about looking forward and not looking back. When I start sounding like a rusty jukebox, I’m going to have to stop.”

As such, he has been on a constant lookout as well for new musical horizons, whether it’s in his gigs, his own online radio show for 14 years running, or even writing music for a film. He is also set to release some new music soon after his performance this March 17 at Sónar Hong Kong, the second Hong Kong-based edition of the popular Barcelona dance music festival.

The French electronic music icon began his musical odyssey with a few stints DJing in London, before coming under the tutelage of legendary UK DJ and Hacienda main man Mike Pickering. He returned to France a couple of years later, and soon became established in the nascent Parisian rave scene. It was then that he began making his own music, building a reputation as a producer as well as a DJ. By the end of the 1990s, Garnier hit big commercially, selling millions of albums and scoring a worldwide hit with the track “The Man With The Red Face.”

For someone of his experience and stature, Garnier is also enthusiastic for the new generation of electronic music artists. “There’s a whole new generation redefining things – starting new labels and projects together, really active and super cool stuff on the ground,” he said. In particular, he is especially excited about the younger DJs in France. He said, “I really like what’s happening in France at the moment…what’s really exciting about the French thing is that you get really good, deep house music, really good New York house, Chicago and Detroit techno, outer space techno – and so many different things.”

Garnier also had good things to say about the Asian scene. “In Asia there are a lot of clubs you can go to and you know you’ll always have a good time,” he says. “They are like European crowds – very open-minded. American crowds are a lot different. With Americans you never know if it’s going to be really good or really bad.”

Garnier is bracing himself for a future when he will stop being relevant and will just concentrate on his radio station, possibly playing the occasional club near his sunny southern French home. But athat day is a long way off he admits.

“To stay alive like this and to stay excited…I still want to enjoy myself.”

Catch him playing Movement in Detroit this coming May!