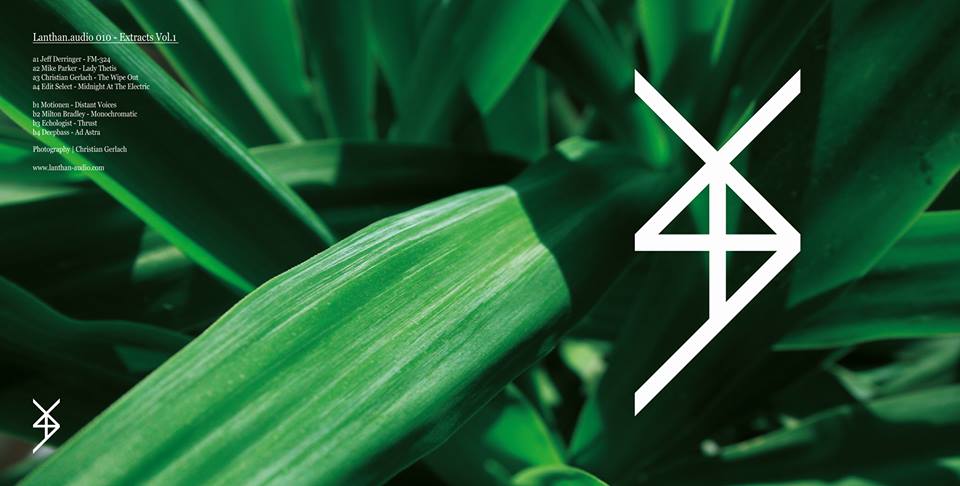 For a young, well-curated record label reaching your 10th release is a milestone to be proud of.

Lanthan.audio, the imprint founded and guided by German producer and DJ Christian Gerlach, has boasted an illustrious roster of artists so far, some of which have been tapped into to celebrate the label’s 10th release.

Exclusively for this anniversary, the label has rearranged its focus to present itself newly, as the architecture of mother nature. Lanthan.Extracts features music from Jeff Derringer, Mike Parker, Milton Bradley, Edit Select, Brendon Moeller, Deepbass, Motionen and of course Christian Gerlach himself, with a release date set to beginning of October 2017.

The support for this release, which is essentially a compilation of tracks from various artists, has been overwhelming, with the likes of Luke Slater, Richie Hawtin, Chris Liebing, Oscar Mulero, Dax J, Len Faki and many more joining in to sing the praise for one or more tracks featured.

Oktave founder and Smartbar Chicago resident Jeff Derringer opens up the release with “FM-324,” a track that builds with precise perfection, hypnotizing the listener in the process. The follow-up comes courtesy of Buffalo-based veteran Mike Parker, who picks up right where Derringer left off with “Lady Thetis,” adding a captivating tinge of acid to the release with a slow-burning piece that will fit perfectly with his signature sets. “The Wipe Out” by label boss Christian Gerlach is next, stepping things up a notch with a captivating 4×4 ideal for a techno dance floor engulfed in darkness. Edit Select completes the a-side with “Midnight At The Electric,” a noisy piece ideal to set the mood as a set begins, or to bring a techno journey to an end following hours of peak-time tracks.

The b-side begins with “Distant Voices” by Motionen, perfectly showcasing why the Los Angeles duo is one of the hottest techno exports to come out of the city in years. “Monochromatic” is next, filled with the trippy sound effects and atmospheric sounds that Berlin’s Milton Bradley is known world over for. Brandon Moeller as Echologist provides dub techno with “Thrust,” before giving way to the gritty bass and dystopian sounds of Scotland’s Deepbass, who closes the package with “Ad Astra.”

All in all, LNTHN010 showcases just why Lanthan.audio remains one of the most quality-driven techno labels on the current market, providing a fantastic selection of tracks that dig deep into the genre’s soundscapes thanks to an A-list cast of contributors ripe with talent.