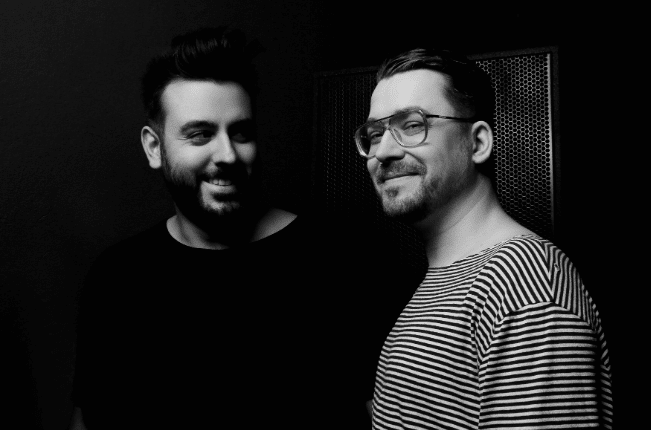 UNCAGE is a Florence and Berlin-based label run by Marco Faraone and Norman Methner releasing house and techno with focus on the dancefloor, but also paying attention to the more esoteric soundscape of techno.

The label has been introducing the world to heavy-hitting releases from established artists and up-and-comers alike, showcasing Marco and Norman’s skills as selectors for this special project. On the label’s roster we find names such as Radio Slave, Nick Höppner, Marcel Fengler, Donato Dozzi and Markus Suckut, but also artists such as Kas:st, Skudge and Deepbass — all of which is testament to the breadth of techno the label wants to introduce to the world.

While the music on UNCAGE may fit a wide array of techno soundscapes, the focus remains on quality above all else. When we set our eyes on the label and decided to speak to Marco and Norman, we discovered that UNCAGE is on the cusp of a massive 2019, with releases from Reformed Society, Bambounou, Mark Broom, Efdemin and more either already out or in the pipeline.

In fact, Reformed Society’s Bend The Wave came out just this past Friday, 22nd February, including a Bambounou Remix which you can stream below before reading our exclusive interview with label chiefs Marco and Norman.

Thank you for taking the time to chat with us on the other side of the world in Los Angeles! How has 2019 been treating you so far?

Marco: Thank you! We are happy to chat with you guys about the label! 2019 has been a really good year so far, it looks to be busier than ever! Which is always a good thing

Norman: Yeah, thanks for having us! Nice to talk to you guys.

Correct me if I am wrong, but you Marco are still based in Firenze, while Norman you’re in Berlin?

Marco: Hahaha actually we have both just moved! We were in the locations as you mentioned, but now I have just moved to Barcelona. I am so excited to call this city my new home, it’s such a cool, inspiring place to be surrounded by lots of music creatives.

Norman: I also moved! But not quite to somewhere as sunny as Barcelona. I am now based in Stockholm since last October. I felt it was time for a change as I have lived in Berlin for 38 years!

How did you guys first meet?

Norman: We actually met for the first time at the Cocorico club office in 2013. I was working for the club at the time, and Marco popped in one day – we got talking and you could say the rest is history!

At what point did your relationship turn into a conversation about launching a label?

Marco: I ended my previous partnership and wanted to start a new label from scratch. I needed a partner and I wanted someone with a lot of experience and also great taste. I remembered back to my first conversation with Norman, where we instantly clicked, and I felt he was the right guy because he had already been working in the industry for many years. I asked him if he wanted to team up with me for the new project and he said yes!

UNCAGE is the name you chose for your imprint. Can you tell us why you chose that name and what the intentions and goals of the label were at inception?

Marco: UNCAGE for me means freedom of expression and to be able to do what feels right. Something I was definitely missing with my previous label. The goal was and still is, to sign new talents as well as established artists to give the younger names the best exposure we can offer. We often have brand new artists remixed by a well-known name, like in our latet release from Reformed Society, it comes with a remix from Parisian techno legend Bambounou and Obsolete Music Technology.

Norman: We instantly both agreed that for us it’s not only important to release good music, but to also take extensive care about the artwork, branding and key remixers on each release.

The label has released music from a wide selection of talented techno artists, but it has also focused other sounds. How would you categorize the label’s musical output to someone who is not familiar with it?

Marco: Given that to me UNCAGE means freedom, we try not to pigeon hole what the music is focused towards in any kind of genre. Yes, its techno or experimental I guess, but in many forms. We always look for music with soul and atmosphere. There is way too much cold and soulless music out there.

Past releases have included works by Donato Dozzy, Skudge, Kas:st, Deepbass, Radio Slave, Zenker Brothers, Markus Suckut and of course yourself Marco amongst many others. Quite the selection… congrats! Can you tell us what artists you have tapped onto for upcoming 2019 releases?

Norman: Oh yes! There is a lot going on this year. We have our V2 – which is the Various Artists compilation which will feature amazing artists including Stojche, Luca La Roccoa, Vincenzo Maurice and Module One. Of course, alongside this we have our EP’s which we try not to do too many a year. Reformed Society came out this month, and then we have a release from Marco featuring remixes from Efdemin, Mark Broom and Mike Huckaby. Bleak is also about the release a 12 inch!

Will the label be involved in other projects in the coming future or will it remain focused on its current steady output?

Norman: We just started with a new sub-label called Uncage Swap Series which will have a focus on more house breaks and acid material. The first release will be from a young kid from Berlin called Premis and comes with a killer Spencer Parker remix. The second will be Jayson Wynters, who previously released on Don’t Be Afraid, Secret Sundaze and Phoenix G. That release will have a Aux88 remix.

We also work on a third label which is focusing on re-issues and classic material. The first one will be an old track that was released on Carl Cox’s Intec label in the early 2000s. It’s Bryan Zentz big hit ‘D Clash’. So there is a huge variety of stuff coming up and we can’t wait to get releasing these. Of course, we also have some surprises too, but those are to remain a surprise!

Any label parties planned for the future?

Marco: I just played last weekend at my home club Tenax with Radio Slave which was a lot of fun! We hope to be able to start label parties in the future because now, we have a great variety of artists who have released on the label, so I think we have a good basis to create some amazing line ups, which are interesting and varied.

If you could choose up to TWO artists each you’d like to see release on UNCAGE in the future, who would you pick?

Marco: If I could choose only two, then I would have to go for Ben Klock and Robert Hood

Let’s set aside music for a second… what have been your biggest challenges with running a label and how did you overcome them?

Norman: The biggest challenge is, of course, the distance and also Marco’s extensive touring schedule when making final decisions. It’s not always easy to catch up and talk about the things you need to, and that’s maybe a reason why we are not the fastest when it comes to releasing material because everything takes a little bit longer. But we are getting better and will hopefully get a more solid routine when it comes to finalizing releases to make things run as smooth as possible!

How do you two separate the workloads of running UNCAGE (especially if you live in different cities)?

Marco: We each take on different responsibilities in the label management – whilst Norman operates the label on a day to day basis, he is also the talent scout and is responsible for the A&R and remix commissioning. I take care of everything sound wise, and I test the potential demos that get submitted and past Norman’s checks! I also look after all the technical side of things. But ultimately, we always decide together as a team what we think works for the label after a thorough road test!

If you could advise someone who is planning to launch their first imprint, what would you tell them?

Marco: Even though it’s not the best time for the vinyl industry I would still recommend pressing your releases, to give your music that special value that it loses when you work solely with digital. It’s too easy to open a label now when you are 100% digital – vinyl is expensive, so you become more selective about what’s releases and what’s pressed. I believe this drops your output and raises your quality. Vinyl will remain forever, as long as you look after them – but digital tracks are done in a few days. The rate of releases each week is just insane!