The Do LaB Presents: Woogie Weekend

The Do LaB Presents: Woogie Weekend 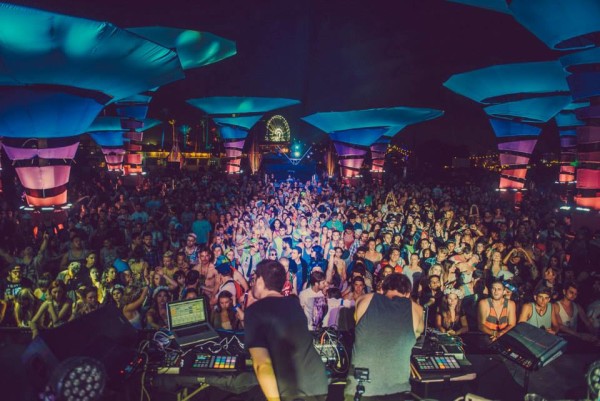 The mastermind’s behind The Do LaB are at it once again. Still fresh after their first ever sellout weekend to Lightning in a Bottle, the Los Angeles based event production company has decided to launch its next project: Woogie Weekend.

The inaugural camping festival is set to take place July 17-19 at Oak Canyon Park in Silverado, California; a beautiful open air location that will be the canvas for an excellent weekend. Conveniently located between LA and San Diego in Orange County, Woogie Weekend will be taking over the venue that played host to Lightning in a Bottle between 2010-2012.

The festival aims to capture the core essence of Lightning in a Bottle’s fan favorite Woogie Stage and will definitely be an intimate experience as there are over 30 acts across two stages throughout the weekend. Performances include top notch house and techno from the likes of Alexi Delano, Camea, Danny Daze, Marcel Fengler, Nick Warren, and Pig&Dan, with additional appearances from local artists such as Marques Wyatt, Jon Dadon, and Tara Brooks.  The most exciting announcement perhaps though, comes in the form of the legendary All Day I Dream party series hosted by Lee Burridge as he and his team conduct a complete stage takeover on Sunday to conclude the weekend.

Festival goers will experience the dynamic and energetic vibes within the treehouse Woogie stage from LIB as well as an entirely new stage production designed specifically for Woogie Weekend.

Tickets start out at $135 for Full Weekend Passes. 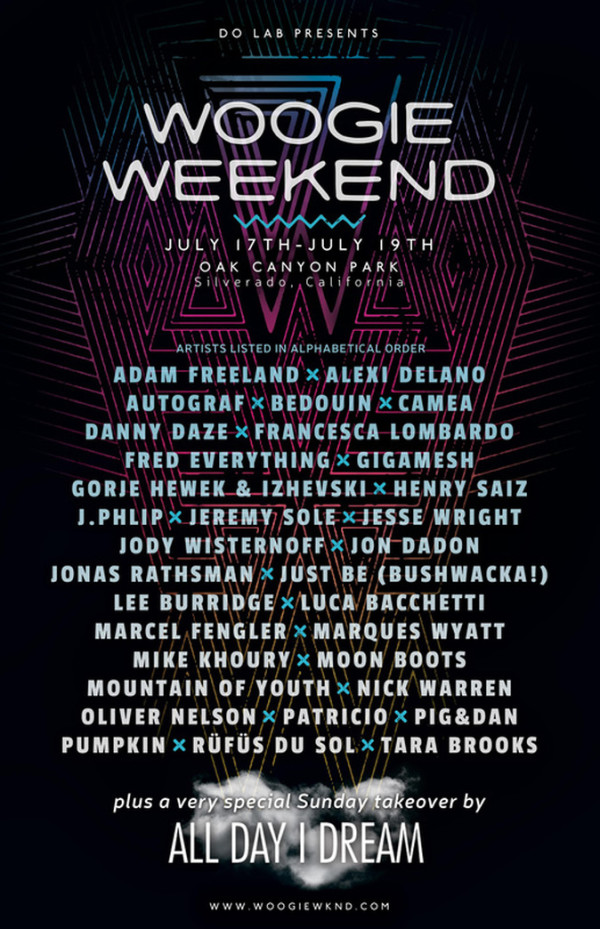