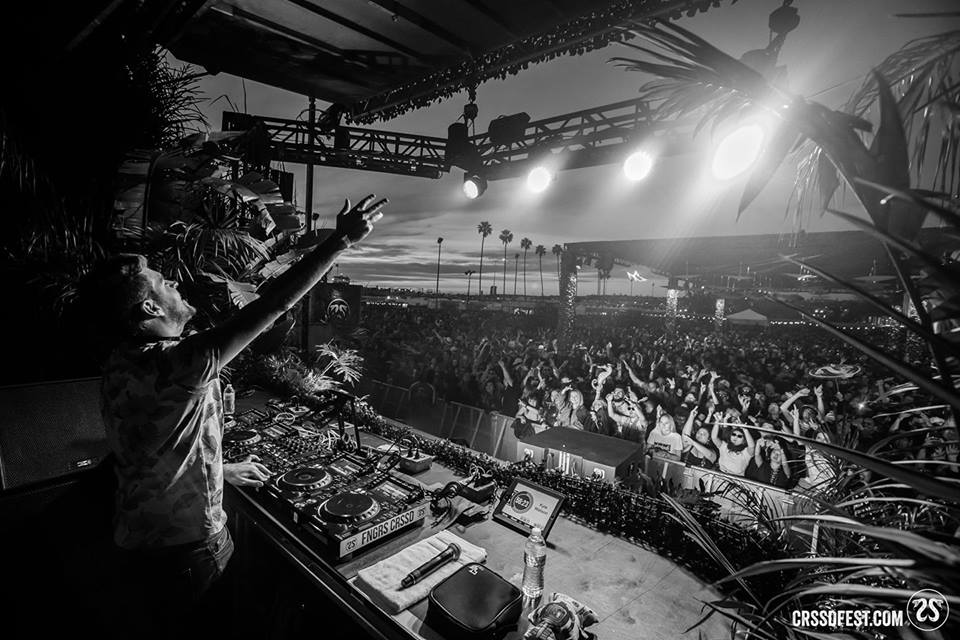 Dirtybird and This Ain’t Bristol feature artist Kyle Watson announced his debut headlining US tour recently, alongside his titillating Into The Morning album MiniMix.

The mix features cuts of all 13 tracks on the album, all of which are brand new minus “Chomp” and “You Boy”. Into The Morning is Watson’s debut album and is now be available for download here.. To top it off, Watson will be touring across America in October, dates for which you can find at the bottom of the article following our exclusive chat with the man himself!

Kyle is undoubtedly one of South Africa’s biggest dance music exports. For over a decade he has spent his time cultivating a unique and eclectic sound which has garnered a strong following of loyal fans spanning the globe.  His music has featured on some of dance music’s strongest record labels – from Ultra to Atlantic, Dirtybird to This Ain’t Bristol – which has given him the privilege of being one of the very few South African artists to break out of the local scene and tour globally.

Hi Kyle, congrats on the debut album! Who and what would you say inspired you the most in producing these tracks?

Thank you! I just really wanted to challenge myself to write a body of work that wasn’t only house based. Inspiration for the album came from so many different artists, from Flume to Lane8, Dirtybird to SG Lewis.

Your sound does appear to be partially inspired by artists and labels in the U.S. As a South African artist, what has your viewpoint of the U.S. scene been during your career as a music producer and DJ?

I have always enjoyed the light-hearted yet bottom-heavy vibes pushed by the likes of Dirtybird, which has been a major inspiration in my music right from the beginning. I only recently started touring in the states though, and I can undoubtedly say the crowds there are the coolest I’ve ever played to!

You’re heading to the States soon on a mini-tour… anything in particular you’re looking forward to doing and seeing while in the U.S.?

Yep, back again! I’ll be doing 6 dates across the country to tour the album. I’m really looking forward to playing Seattle and Denver again, plus I’m playing my first ever show in LA at Sound which is exciting!

One of these gigs is the Dirtybird Campout fest in San Francisco. You must be excited!

This booking has been the most important in my career so far, and I’m seriously excited for it! I’ve been following Dirtybird as a label for over a decade, so to finally get the chance to play a slot at their amazing festival is a dream come true.

Do you plan to remain based in South Africa in the coming years?

For the time being I’ll stay based here, but the plan is to move overseas in a few years time.

Tell us a little about your local and country’s scene!

Our scene is pretty cool here and very diverse. It can sometimes feel like we’re a little behind some of the places I get to tour in terms of being receptive to new music, but we have got some fantastic producers and DJ’s in SA. I’d love to see more of them start international touring careers!

What’s your favorite thing to do in your home city, outside of music?

Hang out with my wife, just take it easy and enjoy the small things in life!

What’s your favorite local dish there?

Biltong! It’s like a piece of steak that they hand up to air dry then cut up into strips. I can eat that stuff for days!