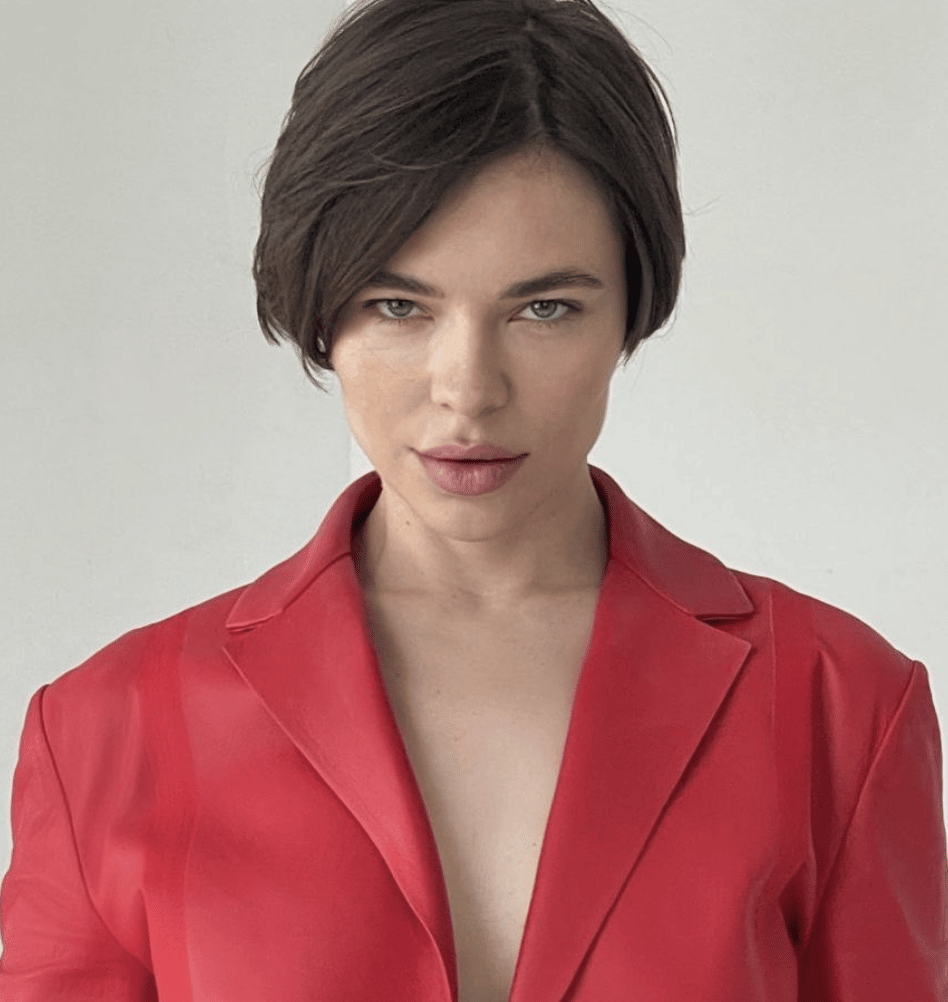 Ever since war broke out in Ukraine, prevalent figures in the electronic dance music community have been using their platform to oppose the war and advocate peace. Although most members of the community have openly spoken out against the war, not everyone has used their following to do so. One popular artist that has been under heavy scrutiny for staying quiet during the fray is Russian DJ and producer Nina Kraviz.

Kraviz, has been mostly silent while her home country Russia has been invading the neighboring lands of Ukraine. In late February after staying silent while others were protesting, Kraviz made a post to her instagram of her writing the word “peace” in Russian on a folded up piece of paper, with no context or mention of Ukraine or the fact that a war was taking place there. Many fans and even members of the electronic music community were quick to call the Russian native out, saying her post was vague and insincere. Notably, Ukrainian artist Nastia has been at the forefront of calling out Kraviz’ silence, pushing for the Russian to speak out or be canceled. The feud has many people split and brings up the debate of freedom of speech and freedom to stay silent.

Regardless of what is morally correct, Kraviz’ decision to stay silent has had its consequences, and has recently resulted in her very own music label трип being dropped from music distributor Clone Distribution after 5 years of collaboration. Clone founder Serge stated the decision was motivated by Kraviz’s “pro-Putin” views and “CCCP/USSR sentiments,” as well as her decision “to stay silent” on the war. Following the two parties separation, Kraviz took to instagram to clarify her standing on the war:

The Russian artist said she is “deeply moved by what’s happening in the world” and believes “it’s appalling what my country’s relations with Ukraine have become.” She adds: “I am against all forms of violence. I am praying for peace. It pains me to see innocent people die.”

“I am a musician and was never involved in supporting the politicians or political parties,” she continues, “and I am not planning to do it in the future. I don’t understand politics or the social processes it creates. So I don’t think it’s right to talk about what’s happening on social media.”

“I intend to continue to follow the principles of unity despite attempts to censor the work of artists on my label,” Kraviz’s statement says. “Making, releasing and playing music is what I love most. Peace, NK.”

Just a few days after her Instagram Post, Kraviz was announced to be unable to play for the upcoming Movement Detroit 2022 via Twitter as shown below: 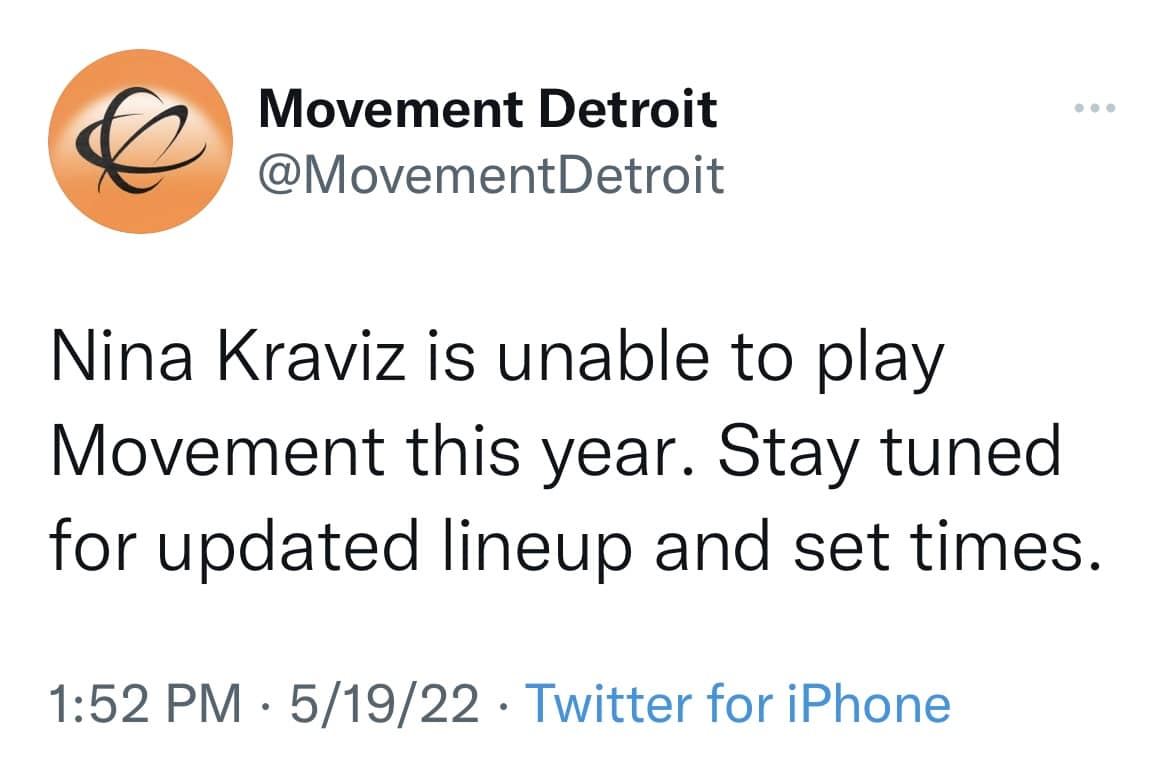