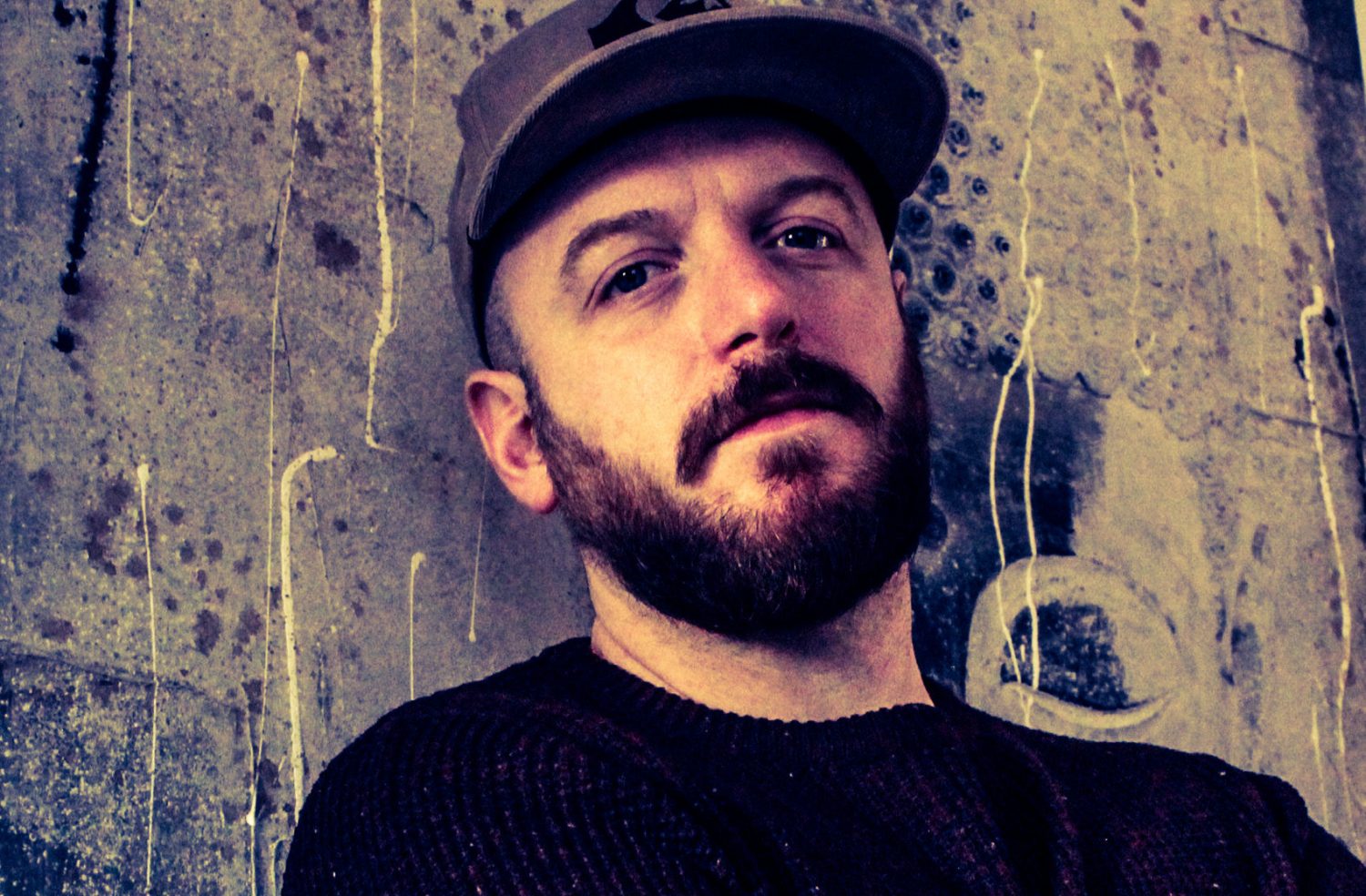 KORT (aka Ben Webb) is always searching for perfection, and it’s because of that that you can always find him in the studio working on his next house production. Tweaking, adding, releasing and always learning in the process, bettering himself with each track he churns out.

Owner of the Tropical Velvet label which boasts an array of talent including J Paul Getto, Lorenzo Hall, Man Without A Clue, Electronic Youth, Deeptrak, Angelo Ferreri, Tommie Cotton, and Lorenzo Hall among many.

Naturally, he has also built a solid stable for his own studio fruits. As his new release “Do To Me” fast approaches, we caught up with the South London chap for a bit of a natter.

I learnt to play the guitar when I was younger and self taught piano, and yes I get by on this (laughs). I was always writing songs from a young age, or trying to anyways, then I went to Ibiza in ’98 and everything changed for me musically. I was always into House music, but going there really opened me up to a different side of working on music. I started learning music production on an old Atari with a friend, then onto a PC, then finally a Mac, making electronic music and that got me hooked! I never really thought about DJing, but all my friends kept telling me if I’m making house, then I should learn how to play it. I learnt to mix vinyl on an old pair of belt driven Technics that had a wheel for a pitch fader, learning to beat mix came pretty easy for me really.

What does your name mean?

Originally I was part of a duo called ‘Knights Of The Round Tables’, but it was a bit of a mouthful of a name, then a few other people started using something very similar, so when I went solo I abbreviated it to KORT.

Your new release “Do To Me” with Elementary featuring Jade Mayjean Peters is coming out on your own label Tropical Velvet, tell us about the release?

“Do To Me” is a track I wrote with one of my label friends Elementary. We first heard singer Jade Mayjean Peters on The Voice TV show a while back and we really wanted to work with her. The track was written for the bigger rooms, it has a dark edge to it, but with soul.

When did you launch the Tropical Velvet label, what’s your musical manifesto and what artists can we expect to hear?

Tropical Velvet was launched in 2014, it was initially meant for KORT to release records, but it kinda just grew by itself organically. The tracks have to have Soul, but that doesn’t mean soulful. For me its all ‘House’, if the tracks is something I’d want to buy or play in a set then we’re on! Artists we are currently working with are J Paul Getto, Gearsluts, Citysoul Project, Jessie Matthews, Lorenzo Hall, Jade Mayjean Peters, Elementary, Famenotmoney, to name a few.

As a label boss, is developing upcoming and new talent important for you?

Absolutely! I’ve learnt a lot over the years from many people in the industry, so if I can help artists that want to work with us then of course, I will help as much as I can.

You work with a lot of singers to create proper songs, something that many producers these days shy away from with current instrumental / sample trends, what’s your opinion on the current house scene and why do you feel real songs are important for the dance floor?

I first got into House from hearing Alison Limerick ‘Where Love Lives’, Frankie Knuckles (who by the way is the best DJ I’ve seen live, at Pacha Ibiza), David Morales, MAW, Eric Morillo and all those guys. At the time vocal / song led House was popular, so I was very influenced by it, and of course Defected, who keep this ethos. There is so much music around now as its pretty easy and cheap to make and distribute, etc. It’s easier to not make songs as opposed to loop based productions. So because of my background I try to keep my music song driven, but always with the dance floor in mind. I think its important to keep songs on the dance floor, as I wouldn’t want to hear the same kinda beats/track all night…..

Who would you most like to collaborate with or make a remix for?

For House music, Dennis Ferrer, the guy is a genius!

You also have released music on labels such as Defected, Lapsus Music and Copyright, what’s the pros and cons of releasing with other labels vs setting up your own imprint?

Working with the big labels opens up so many doors and gets your name recognized more, which is ultimately what it’s all about as that then leads to everything else. There is so much I’ve learnt from these guys, especially working with Simon, Sam and Gav at Defected, you can never stop learning. Having your own label is a lot of hard work, but you have full control over everything. There are pros and cons to both. Keep your integrity and stay in your own lane.

Tell us a little about your studio set up and how do you go about writing your songs.

I use a Mac, Logic X, I have a Juno 106, Prophet, which is my go to synth and ATC monitors.The writing process is slightly different for track, depending on whether I have the vocal first. It’s usually all based round the beats, then bass, or a sample of some kind.

Yeah, my first DJ gig was at a House party in Brixton with about 200 people there. I’d only been mixing for about a month on Technics, I arrived there and the decks were Denon vinyl and I got pretty nervous. I started with a massive schoolboy error, I got on and turned off the wrong the deck (laughs)… but recovered it, it then took me a couple of tracks to get going, then away I went and went really well.

Who was the last DJ you danced to?

If you could play a back-to-back set with any DJ, who would it be?

Where do you most like to play in the world?

Brazil. I love that country!

Looking back at your musical career, what piece of important advice would you have given yourself?

Take every opportunity that comes along.

‘Tears” by Frankie Knuckles. I went to Ibiza for tree days with my cousin back in 2001 on a spur of the moment trip. I took a couple of CDs with me of a track that I had finished (can’t remember what it was) and we went to Pacha Flower Power Party where Frankie absolutely tore the place to pieces, I’ve never seen a night like it! Just as we were leaving, I went to the booth to hand him my CD, couldn’t believe how humble he was, he put his hands together and gave me a gesture as if to say “Wow, for me?… Then as we walked down the stairs he dropped ‘Tears” and the place went crazy! A moment I’ll never forget!

What upcoming talent should we be on the look out for this year?

Moon Rocket is doing some really nice things at the moment.

Finally, what are you currently working on? 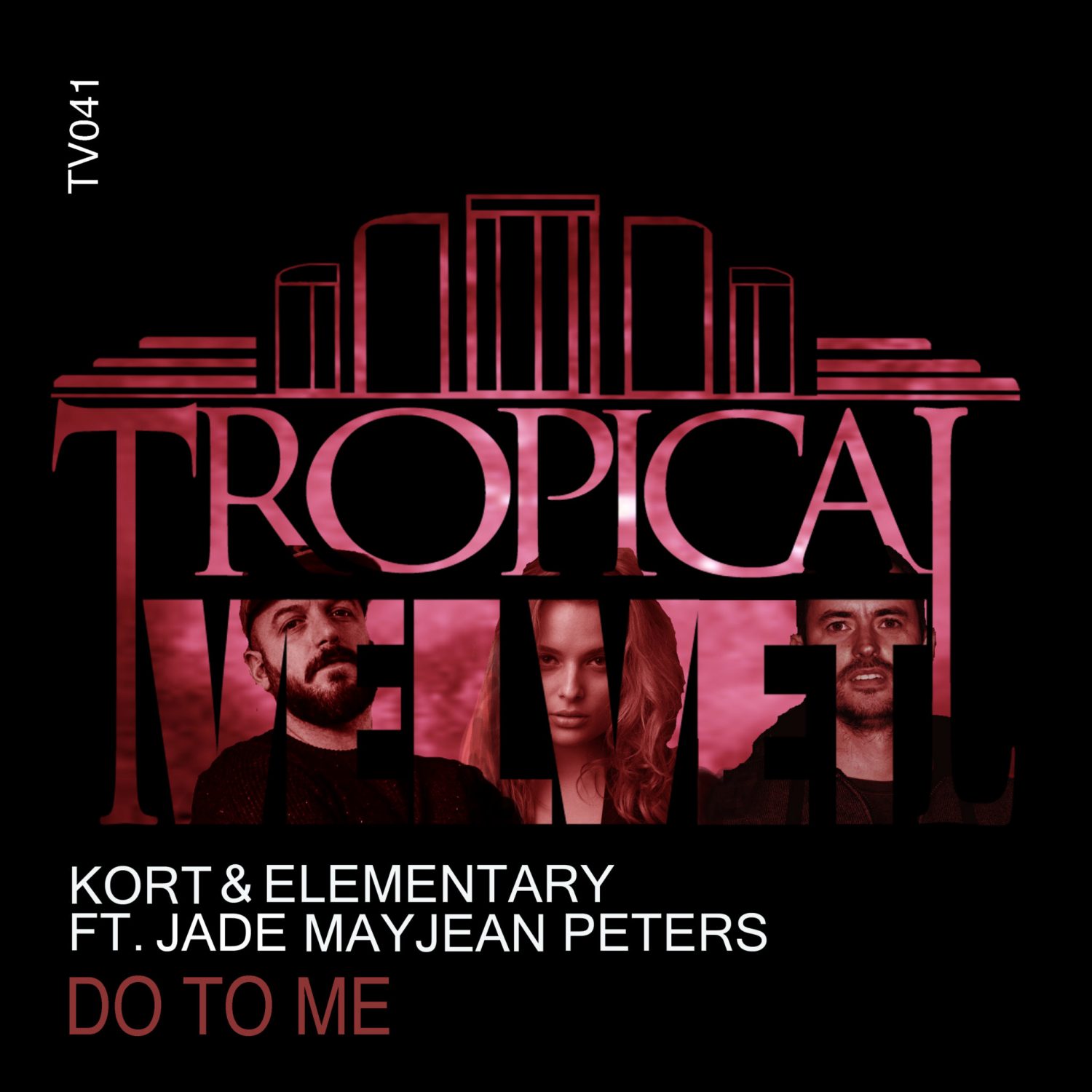 KORT & Elementary Ft Jade Mayjean Peters ‘Do To Me’ is out on Traxsource promo May 12th / Full release on May 26th 2017 on Tropical Velvet.