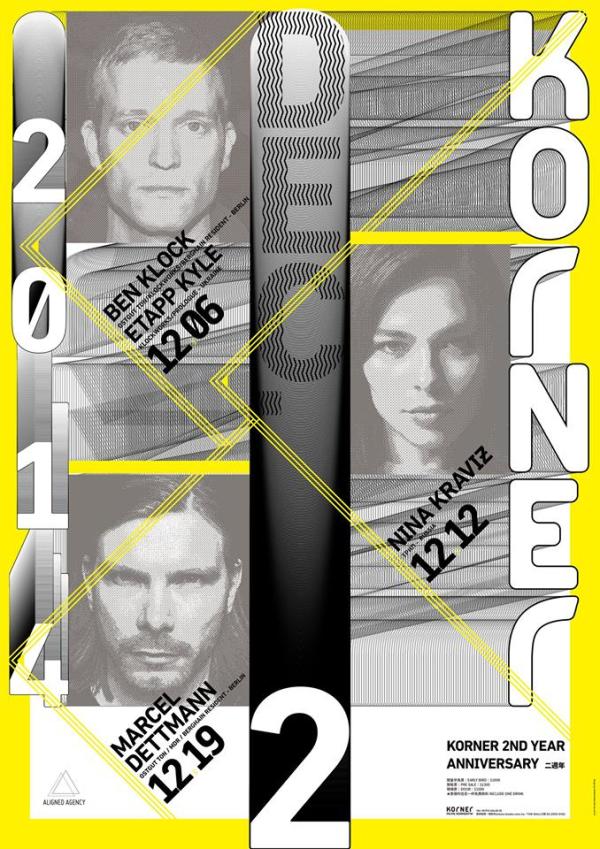 This is possibly one of the boldest bookings in such a short span to come through Taipei city. KORNER’s brand and vision has remained consistent since day one by developing a platform for cutting edge electronic music and visual artists to showcase their talent aimed towards an explosion of sensual overload. 2014 has been a massive year for KORNER with quality bookings such as Ben UFO, Midland, DJ Nobu, Gerd Janson, Jesse Rose, Regis, Scuba, DVS1, John Osborn and more all making their debut showcase in Taipei.

The underground electronic music community in Asia is currently seeing a surge of top international acts making regular stops in the region further proving that the movement is alive and well. While these top acts are considered elites in our industry, they are still known to be somewhat risky in places like Taipei where house & techno events are currently seeing difficult times recently with non-sensible raids at clubs and parties creating a difficult barrier for innovative artists and promoters in Taiwan to flourish in the scene. We wish the team at KORNER the very best as they get ready for a massive two week stretch that we hope will pave the future for Taiwan’s electronic music industry. Open minds and open ears are highly recommended. Tickets and event info can be found on their Fbook event tab here.