Keep It Moving and Nonstop Grooving With Trutopia 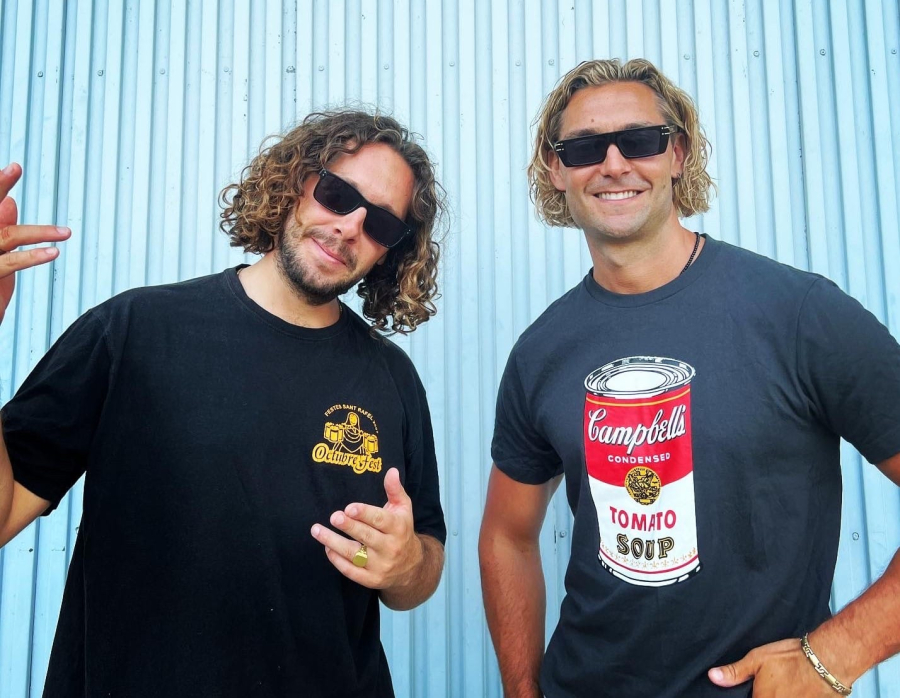 Keep It Moving and Nonstop Grooving With Trutopia

Born and bred in the Welsh city of Swansea, the now London-based brother duo Trutopia (aka Ashleigh and Kristian) are taking the house scene by storm. Bringing their own take on creating classic house music combined with their own elements, it’s no surprise that they’ve been internationally recognized as being a serious house duo within the scene. From consistently releasing labels such as Strictly Rhythm, Nervous Records, and many more, as well as gaining support from the likes of Pete Tong on BBC Radio 1, and amassing over 2 million streams on Spotify, the duo shows no sign of slowing down.

As residents of Ibiza Rocks, Trutopia have been shaking up the dancefloors in Ibiza, the UK, Hong Kong, Sydney, and Amsterdam with their top selections and infectious stage presence. Notably, they live by their motto of “keep it moving” — and, that is exactly what you can expect them to be doing in the foreseeable future. As of late, the duo has released their single Lights Off on Get Physical alongside Greta Levaska.

Now joining 6AM, the brother duo share with us how/when house music clicked in their music soul, finding and developing their own sound, their creative process behind the recent single Lights Off alongside Greta Levaska, upcoming projects on the label REALM, living by their “keep it moving” motto authentically, and their upcoming performance at Mas Que Nada on November 26, 2022. Lights Off featuring Greta Levaska is now available for full purchase, and tickets for their upcoming London performance at Mas Que Nada are now available to purchase on Resident Advisor.

Welcome to 6AM Trutopia, we’re glad that you could join us. Being born and raised in the Welsh city of Swansea, how did you two come to find house music growing up? What inspired you two to eventually move to London?

Yes guys, big ups for having us on. Dance music’s always been heavily drilled into us growing up, with our eldest brother battering us with The Prodigy on every car ride home from school. Not that the scene in Swansea was terrible, we had some wicked nights that brought the likes of Disclosure, Jakwob, and more down but, it wasn’t until we actually moved to London that we really fell in love with the scene, going out to places like Fabric, XOYO, The Nest, etc — London really opened up our minds to house music and that’s when we actually started to make it.

Read Next: Who Wore It Better: 80s or 90s Dance Party People?

When it came to developing your signature sound, when did you two know that you had found “it” in your music?

There are a few turning points to where we are now, but I’d say the biggest part of what is giving us our signature sound is being able to say: “I’d play that track(s) in our sets”. If you can’t play your own music, something ain’t right!  Getting to this point has taken a bit of time, but now we’ve got here, and we couldn’t be more confident in the music we are making, and it seems to be resonating with our audience perfectly.

“I’d say the biggest part of what is giving us our signature sound is being able to say: “I’d play that track(s) in our sets”. If you can’t play your own music, something ain’t right!”

Finding your signature sound is finding what feels right to you.

Speaking of developing sounds, let’s get into your recent single Lights Off. The single was released on the label Get Physical alongside featured artist Greta Levska. What was the overall creative workflow that went into this single? As for Greta, how did you all meet and decide that this collab was going to work nicely for the single?

Yes, we are so pleased to be on Get Physical, they snapped this one up in a heartbeat. We have known Greta for years, and from watching her develop, we absolutely love her sound. It was only a matter of time before we hopped in the studio to see what we could whip up. Once “Lights Off” was made, we knew it was special. We sent it out to a few friends and the reaction was nuts from the likes of Jaguar instantly playing it on BBC Radio 1 and the likes of Gorgon City, Will Clarke, and more all rinsing it. 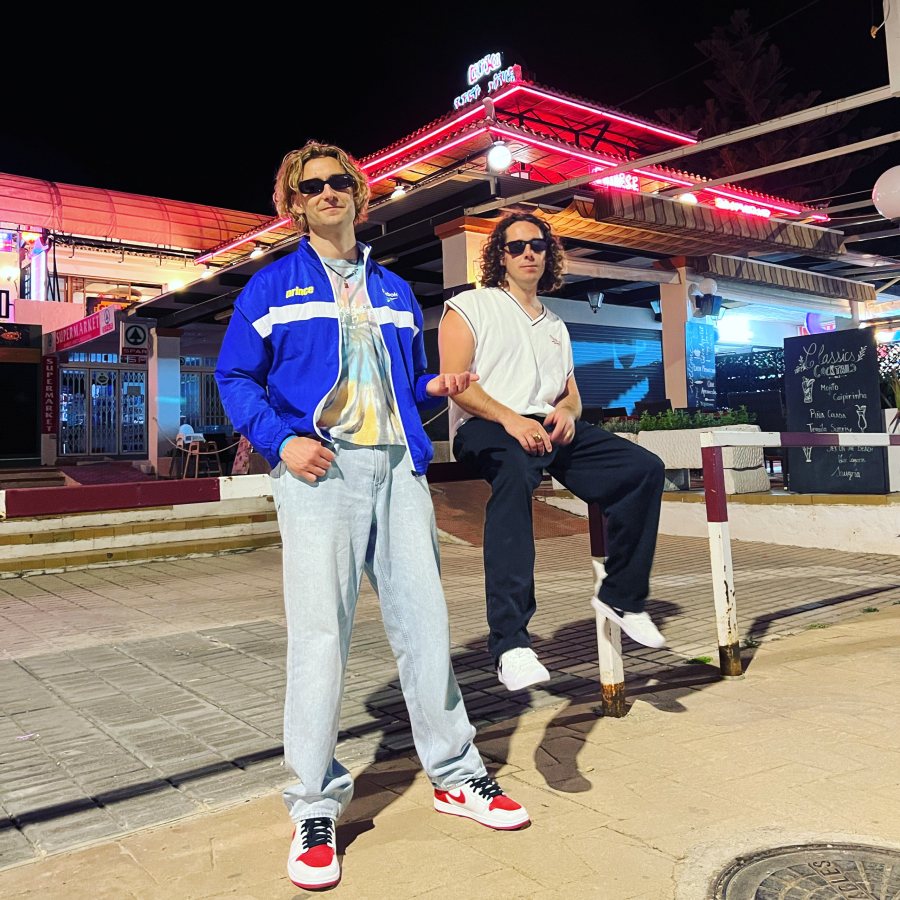 “We knew it was special, once “Lights Off” was made. The reaction was nuts from the likes of Jaguar, Gorgon City, Will Clarke, and more all rinsing it.”

Trutopia and Greta dived into this single full throttle.

Read Next: What’s in Your Toolbox? Will Clarke’s 6 House & Techno Gems

On the topic of singles, you both will be releasing an upcoming project on REALM, a label you’ve released previously on. Without spoiling too much, what can listeners expect from this project? Any collaborations you can share?

Yes, we find ourselves back on Realm in January. It’s begging to be a regular home for our music which we love, as Gorgon City is a huge influence on us and the Realm team always does such a good job when it comes to servicing our records. They fully back us putting on Realm showcases where we have played at so many amazing places including Printworks, Motion Bristol, and Amnesia. No spoilers, but we can say that this one is a proper club rumbler, it was so good to see the Gorgon lads play it out across summer and witness the crowd go mad for it. We can’t wait to release this one!

Ok, you two live by the motto: “keep it moving” and we’re seeing that motto play out with you both performing at Mas Que Nada’s show on November 26th, 2022. How will you two be preparing for this performance? Are there any DJs/friends in the scene that you’re excited to see perform?

Yes, that’s what it’s all about for us: high energy, moving sets. We listen to so much music, it makes prepping for sets an ongoing thing. Both of our phones are clogggged with screenshots of tunes we find from mixes, playlists, and even on Instagram. One to follow for the bangers is Cinthie, she always posts the bad boy tunes!

We can’t actually wait for the 26th with MQN, they are some of our favorite promoters and always put a massive night on — the lineup for this one says it all, some absolute beasts including Elliot Adamson, Selena Fader, and Ejeca. If you’re in London, this is an event not to miss — safe to say, we will be at the front for the whole night, ha!

“We can’t actually wait for the 26th with MQN, we will be at the front for the whole night, ha! They [Mas Que Nada] are some of our favorite promoters and always put a massive night on.”

Trutopia keeps it moving and grooving at their upcoming perfomance.

Thanks again for joining us Trutopia, we can’t wait to see you both prosper even further. Is there anything else you both would like to share?

Thanks for having us guys, we can’t wait to catch up with you again. Big love for the support on our new record  Lights Off, out now on Get Physical, and feel free to get at us on socials @Trutopia.