Keanu Reeves Gets Into Berghain for Art Show 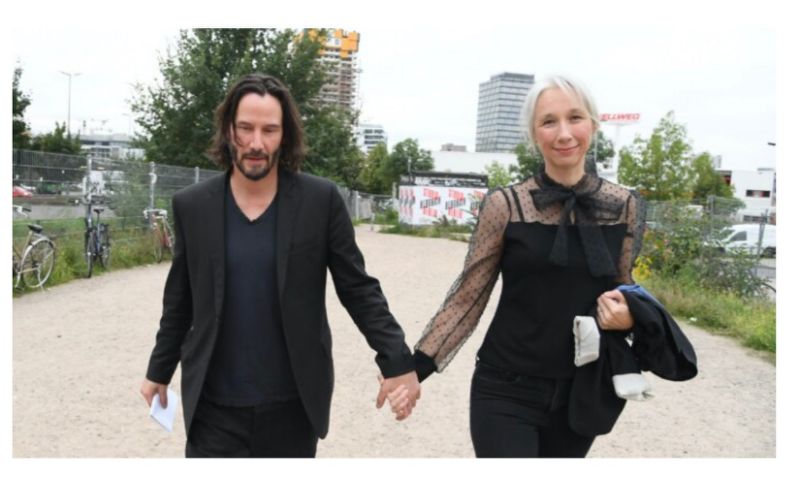 Keanu Reeves Gets Into Berghain for Art Show

Imagine dancing inside Berghain and seeing Keanu Reeves getting down to one of the Ostgut Ton residents right next to you. That didn’t quite happen last week, but Keanu Reeves still managed to get into Berghain to enjoy some art.

The famed Berlin techno club, which has been opened for art shows as well as music events in its outside Garden section, is notorious around the world for being very hard to get into. Things weren’t much different for Keanu Reeves, who had to snag a hard-to-come-by ticket to visit the art display inside the hallowed Berghain walls.

The exhibition featured works by more than 80 Berlin-based artists, and tickets to attend any of its September openings sold out almost immediately. Entry is allowed only via timed visit with guided socially-distanced groups of no more than 16 people at a time.

Among those who managed to squeak into “Studio Berlin” on a designated “artists’ night” was actor Keanu Reeves, in town filming the fourth installment of the “Matrix” movie franchise.

As reported by Yahoo! News:

‘As reported, Berghain was revamped as a temporary art destination thanks to Christian Boros, who displays his vast collection in a hulking bomb shelter that was also only accessible pre-pandemic via timed tours of small groups, with reservations made on a democratic first-come-first-served basis.

Organized by the nonprofit Boros Foundation, the exhibit sprawls across 3,500 square meters, or a little over 37,600 square feet, of space, encompassing the main club known as Berghain, the Panorama Bar, Säule and Halle.

Berghain houses many permanent artworks, including giant Wolfgang Tillmans photos that lord over the Panorama Bar, and the collaboration with Boros “aims to offer Berlin artists a public platform to establish a place for dialogue,” according to the partners, who trumpeted the importance of the city’s professional artists.

Participating artists include new works by Olafur Eliasson, Alicja Kwade, Carsten Nicolai, Katja Novitskova, Simon Fujiwara and Keto Logua. A word-based piece by Rirkrit Tiravanija will be plastered across the top of the hulking building: “Morgen ist die frage,” it reads. (“Tomorrow is the question,” in English.)’