Justin Jay Expands Minds On The Dancefloor & In The Classrooms 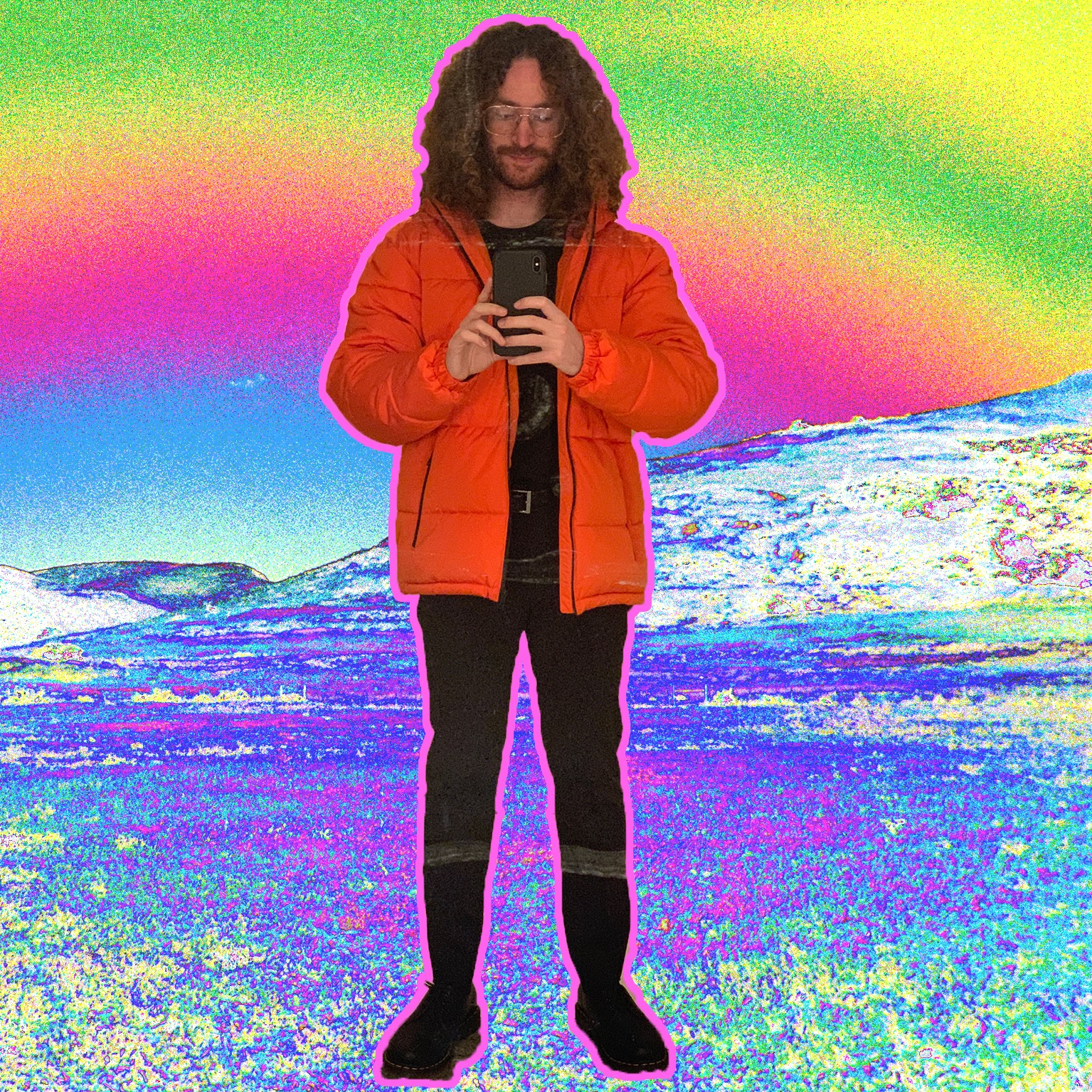 Justin Jay Expands Minds On The Dancefloor & In The Classrooms

Since starting his music career from his humble freshman dorm room, the Los Angeles-based Producer/DJ, Justin Jay, hasn’t lost any momentum as he continuously thrives in the dance music world. Starting off with a bang, Justin made his first debut on Dirty Bird Records and has gained the respect and support by the likes of Jamie Jones, Disclosure, and of course, Claude Von Stroke and many more. As a testament to his talent, Justin’s artist journey continued into the success of different genres joining Patrick Topping’s Trick label, Nicole Moudaber’s techno-powered Mood Records, while finding a place with more avant-garde music curators such as Shall Not Fade and Childsplay. On top of all this, Justin Jay just recently celebrated the fifth year of success of his own label The Fantastic Voyage. Since its inception, the label has been known to gather a wonderfully eclectic catalog mirroring Justin’s own taste and artistic odyssey.

6AM In Interview: Justin Jay

6AM · 6AM In Interview: Justin Jay Expands Minds on the Dancefloor and in the Classrooms.

Justin’s sets have been commonly known to embody an ideology of a judgement free feeling sojourn. “I’d love a dance floor where there’s less judgment, more safety for people to be themselves, and more space for the artist to be themselves… including myself.” Willing to take risks and having the technical ability to mix in Gabber, 300 bpm songs, EDM, DnB and more, Justin confidently states, “I give them a piece of candy and now I’m going to give them really weird asparagus.”

Justin has been praised for this need to showcase more genres while also being criticized for not staying within static expectations. Protests such as, “I want a refund” have been slung at him; however, this has not brought down his quest to expand the dance floor. “That’s me…”, Justin says. “That’s an extension of this all ‘NU rave’ mentality where it’s just not judging things because they’re weird or underground… and not judging things because they’re poppy and cheesy …” 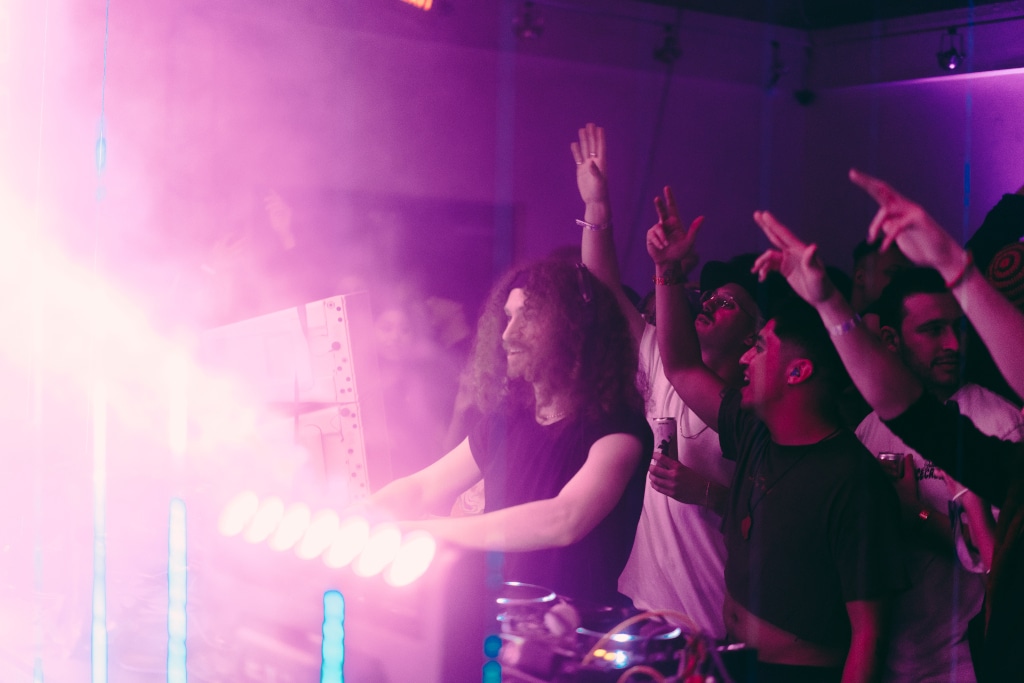 Of course, the obstacle of the year that shall not be named, put a hamper on everyone’s plans. However, Justin, clearly not one for remaining stagnant, took this as an opportunity. He began offering various workshops on music production, spreading his valued technical knowledge but also his philosophical approach to music. Justin states, “If you try to generalize it… you might think, ‘Oh if I write a song with more people in mind it will resonate with more people and maybe I shouldn’t be specific’… Really but it’s the opposite where the more specific you are about your personal experience, even hyper specific …the song will resonate so much more than something that’s overly generalized.”

Justin’s approach toward his music and the dance floor

Many tend to forget that dance music is more than just entertainment and a fun night out. It is an impactful art medium and significant form of self expression, arguably the most powerful. Through Justin’s teaching philosophy and musical choices it is very apparent that he has not forgotten that fact, and he clearly approaches music with that mindset. “That’s what it’s all about”, he explains. “Removing censorship from yourself and removing this self-repression of emotion. Just like ‘I got to let this shit out. Yeah I’m going to do it without some judgment’… And that’s where the most magic happens.”

Read More: Danny Goliger on Self Love, Inspirations, and Music

In the classroom and in the studio Justin emphasizes a concept of “the beginner’s mind set.” Where he tries to approach things as if he were, you guessed it: a beginner. Even though Justin is quite the opposite of a beginner, he finds immense benefit to try to think like one. “Personally, for me, the beginner’s mindset is something that I feel like I keep coming back to,” he explains. “Where over the course of my musical journey and career, there’s been ups and downs where making music has become really challenging and tough and not fun. Often I feel like I need to work in those moments… that’s when I need to revert back to my beginner’s mindset of doing it for fun; not overcomplicating things and not taking it too seriously. I think honestly that mindset alone can go such a long way for everything.”

It’s not an easy task for anyone to go back to a perspective of a beginner, especially if you’ve accomplished as much as Justin. Ironically, Justin seems to have mastered the technique at going back to being a beginner and has effectively taught it to his students so they can thrive. Not one to boast about himself, Justin states,“It’s not like I figured everything out by any means you know? Because when you’re back in the beginner’s mindset. It’s very humbling and you’re like ‘F*ck dude. I’m back at square zero.” He pretty much sums up his sage like approach to music as, “Removal of judgment, authentic expression and having fun.”

“That’s what it’s all about. Removing censorship from yourself and removing this self-repression of emotion.”

Justin’s focus on the authentic self when creating

In addition to having deep thought provoking approaches to music, Justin tries to make some type of positive impact on people’s well being through light hearted but poignant messages in his art. In his most recent release, “Where is the PLUR?”, Justin explains, “The PLUR is a really beautiful embodiment of what we’re all about. The peace love unity respect idea.” He continues on by saying the track is about “… Applying those concepts to yourself. The hook of the song is ‘How I’m supposed to love you if you don’t even love you?’ … I don’t have the answer here but maybe, maybe the first step in global PLUR comes from self PLUR.” Justin states the ultimate message of the song is, “You’re not going to help anyone if you hate yourself… I think often hatred or jealousy or negative emotions can often be a projection of our own self judgment or the things that we’re grappling within. So I do think there is some real depth to the idea even though it’s kind of a silly one.”

Listen: Justin Jay “Where is the PLUR?” – Fantastic Voyage

As previously mentioned, Justin’s label, The Fantastic Voyage just celebrated its fifth anniversary. To celebrate the milestone the label released over 100 tracks of a variety of different genres- keeping in line with Justin’s philosophy. He explains the reason behind such a massive release was, “…This whole idea of giving artists the chance to show their true colors no matter what genre no matter what style.” He continues to explain, “For most labels they’re like, ‘We sign this kind of music’… And for us I was like, ‘Yeah, Everybody!… Send whatever! Any kind of music you got.’ ”

Justin speaking about the variety of his musical choices

It’s safe to say that Justin Jay, at the bare minimum, is a champ at keeping it lighthearted, fresh, and dynamic. Even though he won’t call himself a “musical guru,” he carries the knowledge of a contemplative sage who occasionally plays at 200+ BPM. His emphasis on a judgement free dance floor and music production, while promoting self positive affirmations, is something we all need in our lives today. Maybe Justin doesn’t have all the answers to your questions, maybe you don’t agree with everything he says- But if you listen to his music, follow his lessons, and be open to what he believes in… He’ll definitely take you on a fantastic voyage.