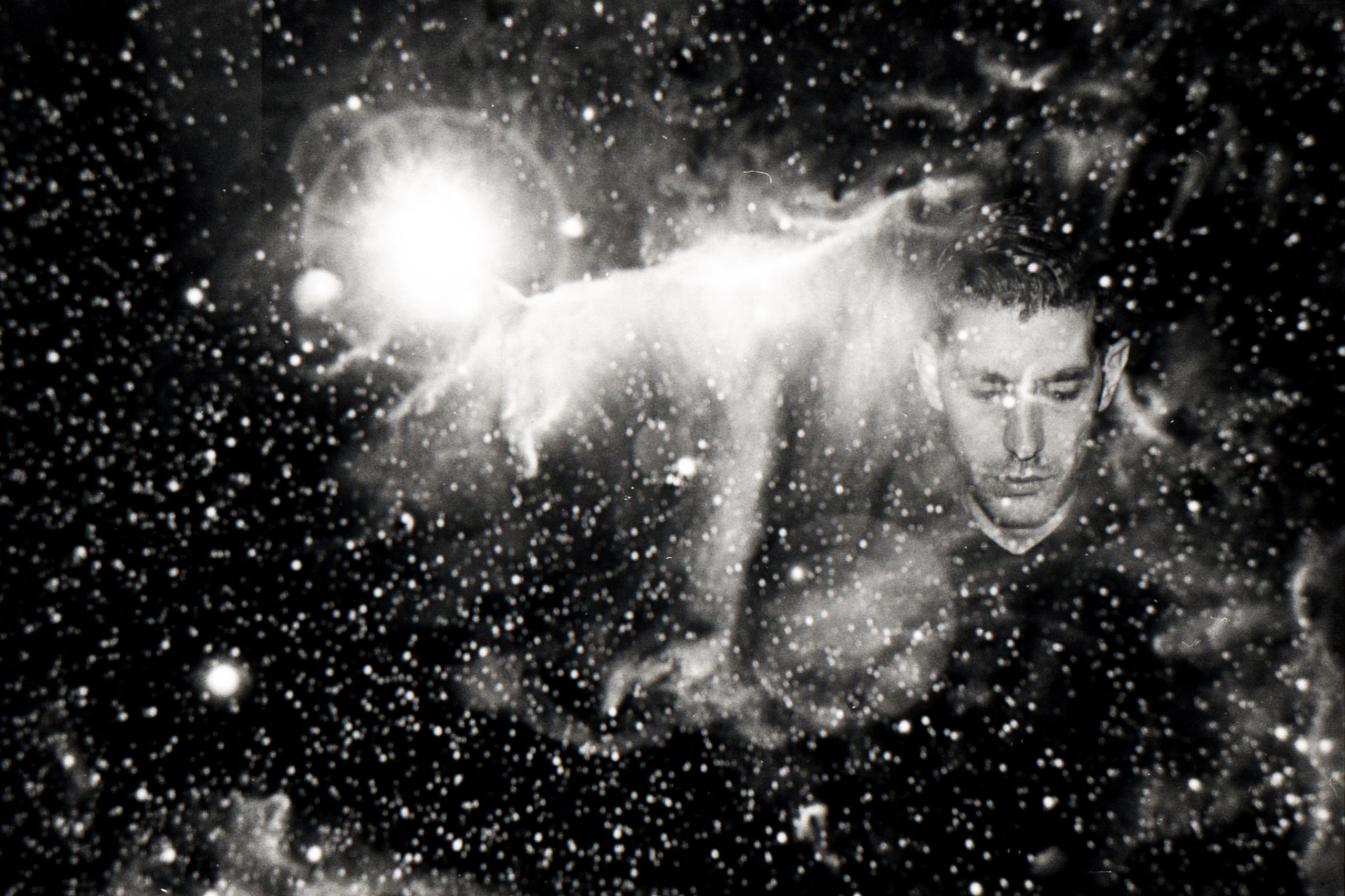 Born in Oviedo (Asturias) in 1981, Juan Rico is a creative force who has rapidly attained international recognition as both Reeko and Architectural. Holding an innate and incredible capacity to be prolific, alongside a relentless obsession for perfection, Juan Rico uses a variety of aliases to release the diverse artistic sensations that flow through him, each pseudonym possessing various characteristics that unveil his personalities.

Although he marks his “birth” as a DJ in 1997, it wasn’t until his first release in 2002, under the Swedish label Emergence, that he became known professionally. Ascending from Juan Rico are both Reeko and Architectural: two completely different sides of the same coin, two vastly contrasting personalities that play equally important roles in the character and creativity of Juan Rico.

Rico says that producing and performing under different names allows him to concentrate fully on an idea or style to which he is totally faithful, putting aside for a moment sounds and influences that don’t belong in the particular character which he is mutating into at the time.

As Reeko, he has constantly proven himself as a true master of the darkest and hardest-hitting sounds, releasing huge techno productions that have charted and been played by the best DJs in the world. His productions have been released on incredibly sreputable labels such as Theory, Deafmosaic, Inceptive, Rxxistance, Symbolism and Avian. Reeko’s “pathological” label Mental Disorder was created in 2003 and has put out a plethora of high-quality releases. Evidence, launched in 2005 is used by Reeko as a conductor to open up listeners to his passion for the darkest and sickest parts of the human mind.

Another outlet to channel Rico’s effervescent spells of creativity is Architectural, delivering powerful and intelligent sounds that amalgamate classic influences with his own modern vision of techno. Architectural 001-005 dropped on Architectural Records between 2010 and 2014. The Blue Album on PoleGroup, a fusion of both Reeko and Architectural and ‘The Secret Chapter’, brought intensely cinematic sounds to his productions. Other Architectural releases have showcased on labels including Wolfskuil and Semantica.

Rico deservedly finds himself as an integral part of Pole Group, a collection of the cream of techno formed in 2004. On the frontline of this group is Oscar Mulero, indisputable leader of the darkest Iberian sounds, joined by the Asturian duo Exium and the surprising and experienced Christian Wünsch. Spawned from Pole Group is the powerhouse that is Selección Natural, uniting Reeko with Oscar Mulero & Exium, a consolidation that has ignited a new level of Spanish techno and craft.

Juan Rico’s various creative directions show no bounds, each element an integral part of his identity and a different source of ingenuity. Today we take a step into his world and discover the inspiration behind his multifaceted creative drive and personality.

Were you aware from an early age that your career was going to lead you into some form of artistic expression?

Yes, without any doubt, I was always passionate about music and even more so when I began to explore the art of DJ’ing. It was always very clear in my mind that my purpose was to make music. I have always spent all my time involved in music, it was my way of playing when I was a child and as my passion continued over the years it became my calling.

How would you describe the personality of Juan Rico?

Well, I definitely have a double personality, hence the need to create two similar projects with different objections and aspirations, I have always had a rebellious, mischievous side and then another much more sentimental and romantic side. It is something that has haunted me throughout my life so when it comes to expressing my feelings and dependent on my mood, my music flows from one side to the other.
3. Your work is heavily influenced by art forms outside of the musical realm. The artist Rene Magritte makes a massive impact on your productions and mood. Can you tell us how art in this form has such a significant effect on how you absorb and create music?

This is quite difficult for me to explain as it lives inside of me, I know that when I first saw works by Magritte and other surrealist artists such as Giorgio de Chirico and Dalí I was shocked by the combination of certain strong colors and so many of their works being set in very open spaces with surreal landscapes, all the aspects strongly influenced me to imagine a sound-style that simulated open spaces and nearby objects, especially for the Architectural project.

Film and cinema are both great passions of yours, The Blue Album possesses traits of an intense movie soundtrack and The Secret Chapter is hauntingly cinematic. What inspired these creations?

The Blue Album was simply the fusion between both Reeko & Architectural, I just imagined that my two personalities came together in the studio to make this album.

I have to confess that watching ‘Twin Peaks’ 15 years after the day it began inspired me heavily to create ‘Secret Chapter’ the show had a huge impact on the creative direction the album took. Nowadays the show is of course very fashionable but back when it started it was more of a novelty and a guilty pleasure.

Do you have a favorite genre of film? What factors have to come together to create a truly incredible movie for you?

I’ve always liked psychological horror movies a lot, but unfortunately today there are not many great, modern movies of this genre. Although I am a great lover of soundtracks, over time I have realized that what I really love is the setting in a movie, I like movies where an atmosphere creates tension, as happens in many David Lynch movies for example. I have to admit that Michael Haneke’s cinema hits me hard, there are many occasions where he doesn’t use sound at all, not even in the end credits. His use of sound and silence makes the emotion soar you are pulled deeper into the direction and interpretation of the movie, giving the viewer more realism and rawness.

If you could compose a film score for any director who would it be and why? Is creating music for movies an ambition of yours as your career moves forward?

Without a doubt, it is something that I have more and more surety that one way or another this will definitely happen, but I don’t want to look for it, I’m not a composer of soundtracks, I just feel I can contribute something different to a movie, somebody with a similar artistic vision with a director that can truly understand my style of music.

As for directors, I think if I had to choose it would be Andrei Tarkovsky or Lars Von Trier, that would be absolutely incredible, Gaspar Noe is another amazing director and if he was alive, of course, Alfred Hitchcock. I also love Manga anime cinema. 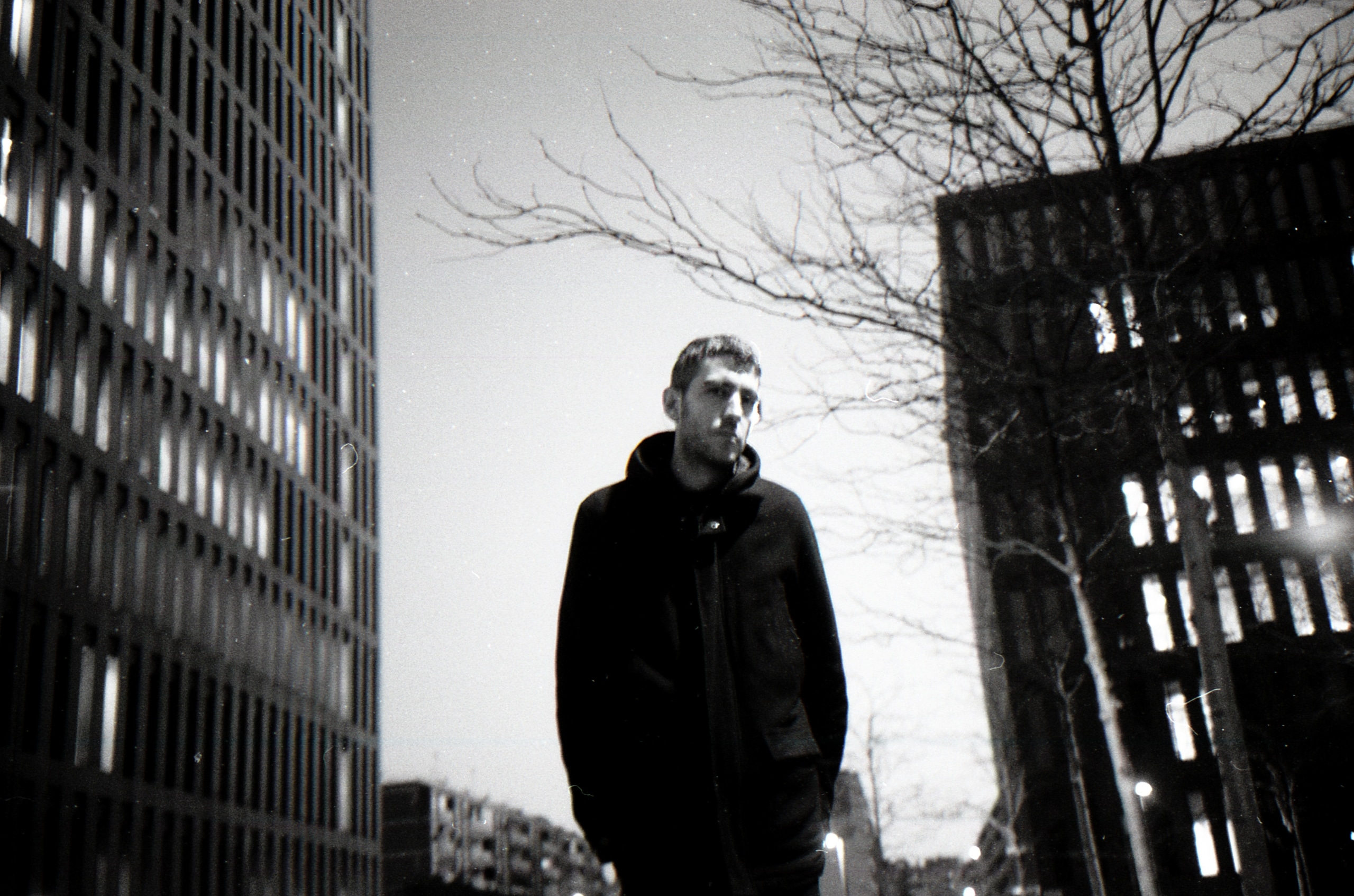 Juan Rico aka as both Reeko or Architectural

Which movie soundtrack would represent the story of your life?

Although this may not be very original I’d have to say Blade Runner from Vangelis, but there are so many.

What is your definition of an artist?

I believe that an artist is anyone who expresses his feelings through any medium. The problem is that this doesn’t always stand true, there are people out there who are viewed as artists who just want fortune or fame, this does not make you a real artist.

The two different psyche’s of Reeko and Architectural show a vast difference in sound, mood and personality. How would you describe your own development as an artist and the journey of the two separate voices?

Contrary to many other artists, who started probably making music that was mostly underground and then found themselves moving towards more commercial sounds, in my case it’s different because as I grow in my career I’m being increasingly interested in the more conceptual aspects of music. When I started I was very obsessed with an industrial style of Techno, a type you heard coming from Birmingham, England but I myself didn’t come from there. A big mistake! Then one day I realized that I had many more worlds of my own to explore that produced the same sensations.

Which musical artists have been an influence on your work over the years?

The truth is that the list is innumerable, but I could say that I have been influenced by artists that range from the sounds of Pink Floyd both in his psychedelic era and in his latest albums, the Beatles, Ben Frost, some material from Thomas Brinkmann, the early years of Fumiya Tanaka, Surgeon, Jeff Mills, labels like Peacefrog, e-com, Expire or Tresor, in their glory years. These are all names that come to mind but there are many more from a wide variety of genres.

Where do you see the work of Juan Rico taking you over the coming months?

That is very difficult to say but I think my Reeko side will delve into increasingly abstract and minimalist techno, as for Architectural it is even harder to know since I am exploring many different sounds and styles for the near future.