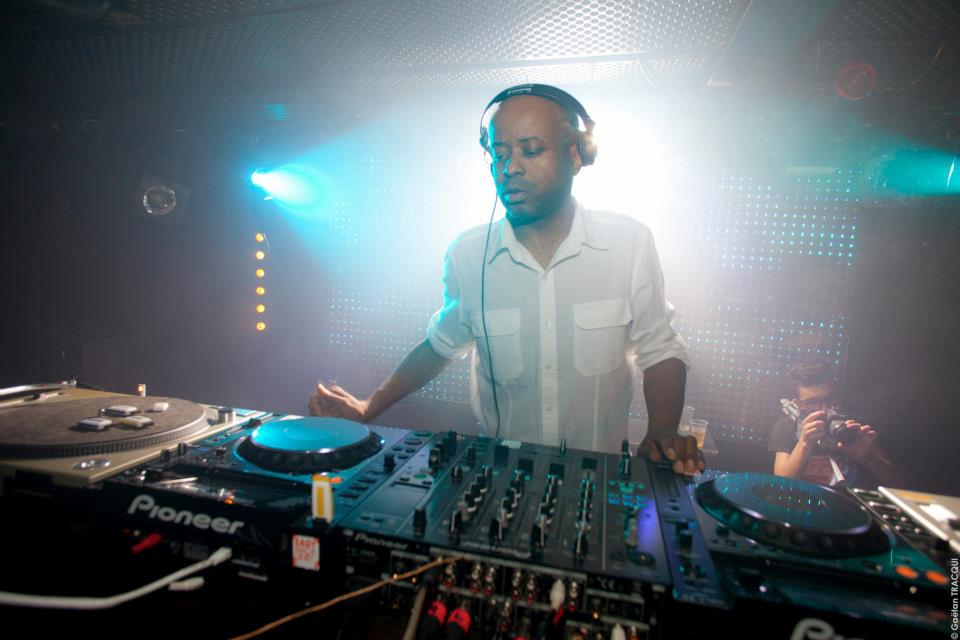 Every few months a new DJ ranking or list comes out and naturally, opinions abound. The arguments vary depending on the list in question, ranging form the usual “EDM vs underground” to the underrepresentation of female acts.

This week, Detroit techno pioneer Juan Atkins took to his personal Facebook page to express anger at what he perceives is a calculated underrepresentation of black artists on “The DJ List“. The producer and DJ called it “a slap in the face of the entire black race” and went on to announce that he “will lead the crusade for “The DJ List” to be Destroyed, Dismantled, Deleted, and Replaced.” Atkins is quick to point out that only two black artists have made the Top 100 EDM-heavy list.

Understandably, the post got people talking. While many of the commenters pointed out the seeming irrelevance of such lists, Atkins was quick to specify that while they appear to bear little significance, his own DJ fees and those of other black artists would be considerably different if they were represented better on such lists. 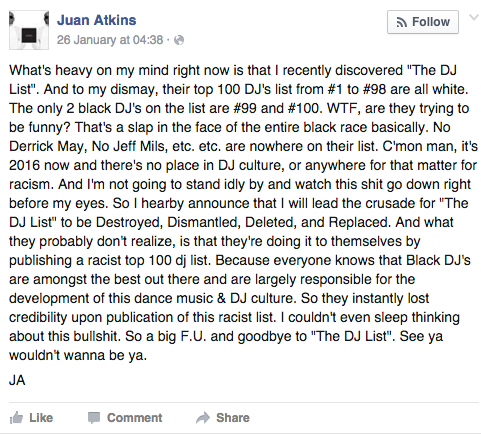 Although a review of the DJ Mag Top 100 list showed a similar tendency with just a couple of black artists represented, Resident Advisor‘s poll told a slightly better story: illustrious names such as Carl Craig, Kerri Chandler, Robert Hood, Carl Cox, Black Coffee, Jeff Mills and Jamie Jones were all in the Top 100. While only RA members can vote for the site’s annual poll and voting takes place over a brief period of a few days, DJ Mag’s Top 100 list has been the subject of controversy for several years due to allegations of corruption and vote rigging.

It is definitely interesting to see that “The DJ List” brought into question by Atkins has an unclear “voting” system. Their website claims that, “leading industry members claim and manage profiles for; djs, labels, clubs, agents, publicists and more. Members participate in our DJ ranking and are presented customized dance music content based around their interests.”

Regardless, Atkins’ words have brought up once again an interesting discussion on the subject of DJ polls and lists. The role of black artists in dance music is of course undisputed, and it stands to reason that artists should be recognized for their craft regardless of genre, gender and race.