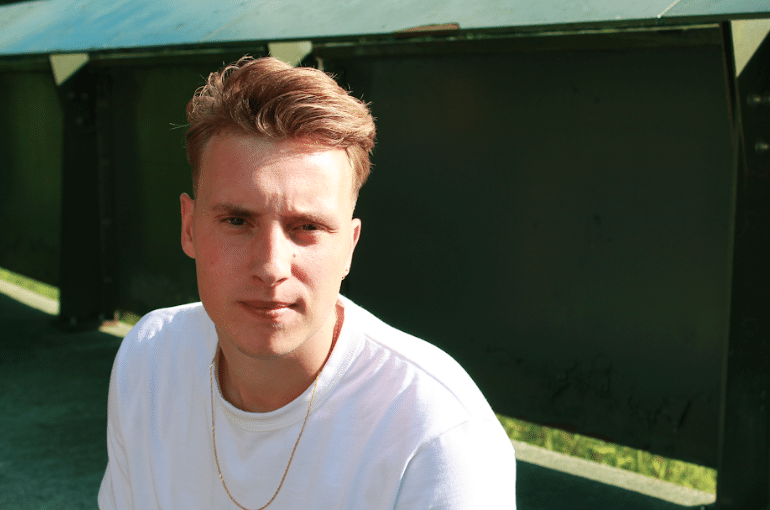 You know when an artist’s debut release is coming at you via one of contemporary techno’s most respected outlets that he’s one worth watching out for. Joren Edwards is one such individual. A native of Utrecht, his first EP,  For The Terrace, comes at us via Archie Hamilton’s always on-point Moss Co. label.

Heavily influenced by local Dutch parties such as VBX and DJs such as Raresh, Rhadoo, Petre Inspirescu and of course, Archie, Edwards has already won support from the likes of Samuel Deep, Benny Rodrigues and numerous others. A music production student at the infamous Herman Brood Academy, the Utrecht native is destined to be a firm feature on line-ups around the world over the coming years.

We caught up with him recently, as he talked us through 5 records that never leave his bag…

I bought this vinyl for €2 in Amsterdam, and these are the kind of tracks that I want to find in a record store. The drums in combination with the atmospheric synths makes it one of my secret weapons (which is not a secret now anymore!)

I play this track a lot during my opening sets. It has a very strong groove, combined with cool and spacey sounds in the background. 100% guaranteed that this will work. Lots of his work is definitely worth listening to.

This record is, in my opinion at least, a beautiful blend between house and more minimal vibes. The forward driven bassline snares and hats, together with the low pitch clap, makes it one of my favourite records. Sometimes I’m playing music with some friends in school (I’m studying at a music academy in Utrecht) and we always like to play this track in the classroom in front of the other students!

Levi Verspeek – “Take Me To The Dust”

I bought this LP from one of my teachers from the Herman Brood Academy. I didn’t know he had such a wicked record collection! It’s a 3-tracker EP which was released in 2015 on Ruis. The track “Take Me To The Dust” is nine out of ten times the first track I play when it comes to warm-up sets.

The Toka Project – “Feelin’ This Way”

I heard this track last year in a set from Archie Hamilton & Rossko. After that, I bought the track immediately. The signature Rhodes piano that plays during the entire track is something that the crowd remembers. Also, the vocals shouts on this one are really cool!

Joren Edwards’ For the Terrace EP is out 5th April via Archie Hamilton’s Moss Co. label and available here