Joel Mull: “The Most Important Thing Is To Never Forget Where You Come From”

Joel Mull: “The Most Important Thing Is To Never Forget Where You Come From”

With a career spanning almost 25 years, Joel Mull has made a name for himself as a producer and globe-trotting DJ. After all, he was one of the pioneering Swedish techno producers, in good part responsible for introducing the “Swedish techno sound” to the world.

An active and consummate professional, he has produced over 100 releases on various labels such as Dystopian, Drumcode, Truesoul, Audiomatique, Kanzleramt and Music Man. Recently in 2015, he embarked on a new venture by establishing his own label, Parabel, through which he has of course released some of his most recent tracks.

Joel has been touring and traveling around the world constantly since he began his journey in the industry, and is scheduled to play on April 1 for Incognito and WORK by 6AM in Los Angeles. Two years since our last chat, we decided to sit down with Joel once more and discuss his career, his recent tour experiences, and his secret for staying on top of the game after 25 years of non-stop techno.

Hi Joel, we look forward to having you back in LA! Last time was a sweaty, relentless, take-no-prisoners affair. I have been listening to you for years and I feel like you’ve remained true to your underground roots while simultaneously keeping a fresh sound through the many years of your career. What are your secrets for remaining at the top of your game, touring constantly and relevant in this ever-changing scene all the while staying true to what matters the most, the music?

Wow!!! Haha. Yes last time was one of the hottest sweat room I ever experienced. I was completely soaked after my set. But what a lovely night we had together. Such a great time with all you people that came out that night. Super personal vibe. And I can’t wait to rumble again with the Incognito/6AM family for the next one.

There are no real secrets. The most important thing is to never forget where you come from that is what helps to keep me grounded. Focus on what I like in the music and always try and spend time with creating music or listen to music to get inspired. Some days it’s not that easy to get into it but then I’ll try and get inspired by other things like playing a game on the PlayStation or a good movie. Sometimes that can help to hear or feel something that could get you in the mood. It’s easy to get caught up with the “scene” and what is hot at the moment who is the ”best” with top then lists etc.  That will always be around in the music business. It’s nothing I pay too much attention to. I’m not a business person. I’m way too emotional for that.

Talk about touring… you’ve been on the road a lot recently and in some very interesting countries and cities. What were some highlight stops during 2016?

It’s been a fantastic end of last year and already great start of the new year for me. There has been so many great moments. So many promoters that have invited me to control their sound systems on their parties. I can vividly remember three of my highlights last year.

Bassiani in Georgia in the beginning of the year. It was my first visit to Tbilisi and what a great experience. The scene is young and full with energy people are open for the music in a way that makes it very unique to the rest of the world. I was lucky to play a closing set so I made the most of it.

Nation Of Gondwana in Grünefeld Germany. This is very unique festival on a field in the forest just 1 hour drive outside Berlin. They have invited me to play there every year since 2012 and its always one of my highlights of the summer season. The light show they put on is something extra and very special.

Berghain in Berlin. In September last year I played a closing set again and this time it was extra special because my mom came along. She was in the booth with me until the last track of the 10-hour ride. It was so emotional for me that I had to sit down for a moment after to realize what had just happened. It was a lot of love in the Room that morning. 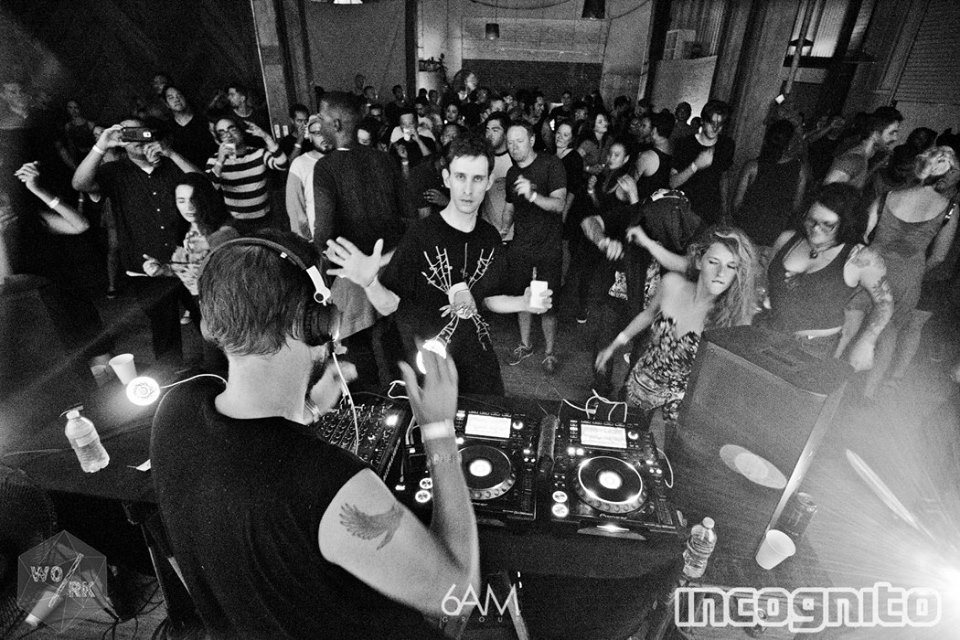 You played Bassiani and Berghain within about a month of one another. How do the two venues compare?

Actually Both venues have similarities in terms of the sound and the aesthetics.

It’s so easy to get into your zone in the DJ booths is perfectly set up. One thing in particularly that I’ve noticed at Berghain is that you can play older tracks from the ’90s that might not have the same production level as today but it sounds so good on the system and in that room. I think everyone who is into techno should experience these clubs at least once in their lifetime because they are perfect example how it is at its best!

I saw you also got to test out Printworks, which just recently opened in London. Can you tell us a little about how that was for you?

I think Printworks is one of the best venues London has ever seen in terms of the venue itself. It’s like walking into a perfect arranged warehouse party. People have space to walk around this massive space and you will never feel that it’s too much people. I played last slot in the side room after Dave, Reset Robot. The nice thing with this party is that it was a day party so it began at noon and closed at 10pm. Perfect if you ask me. I love day parties!!

Is there a country, city or club you haven’t played yet that is on your bucket list?

I have a secret dream to play the Cocoon Monday night at Amnesia once. I’ve had so many good nights there as a clubber and dancer alongside Sven and the crew.

You’ve also been putting a lot of focus on your label, Parabel. What’s your goal right now with the imprint?

Parabel as a label is the joint collaboration between me and Linda who also happen to be my girlfriend. And the goal right now is to continue to put out music that we both like and support artists that we know and are connected to on a personal level. It’s great to see how the label is growing and to meet people that also are tuning in to what we are releasing. I have to say I’m a bit overwhelmed with the support we had over the last couple of years.

Who are some of the “hot names” signed up to your label that we should keep an ear out for?

We got a lot of good music coming your way. The latest output and the seventh release is Patrick Siech with his Eter EP, please check it out it’s a great 4-tracker. And next up it’s time again for Jesper Dahlbäck and his second release under his The Persuader moniker. We also have a V.A. compilation planned but it’s still under construction so more news soon. Then I’m working on my follow up as well.

Do you plan to do more Parabel label nights/parties in the coming future? Maybe you could bring some label mates to LA one day!

Yes we do want to do more label showcases in the future and would be awesome to do a special showcase in LA if its’ possible. We have a direct flight route from Stockholm to LA now. Let’s see what the future holds.

After so many years in this business, growing up with the Drumcode family, starting your own label, touring constantly, producing, etc… if you look back, what are some tips and pieces of advice you would give the Joel Mull that was about to embark on this journey in 1993?

I guess I would say what many peers before me have mentioned before. Love what you do, stay curious and focused on the music, work hard. Never forget where you come from.

Catch Joel Mull at Incognito and WORK by 6AM on April 1 at Incognito in Los Angeles. For event details and tickets, visit the event page.