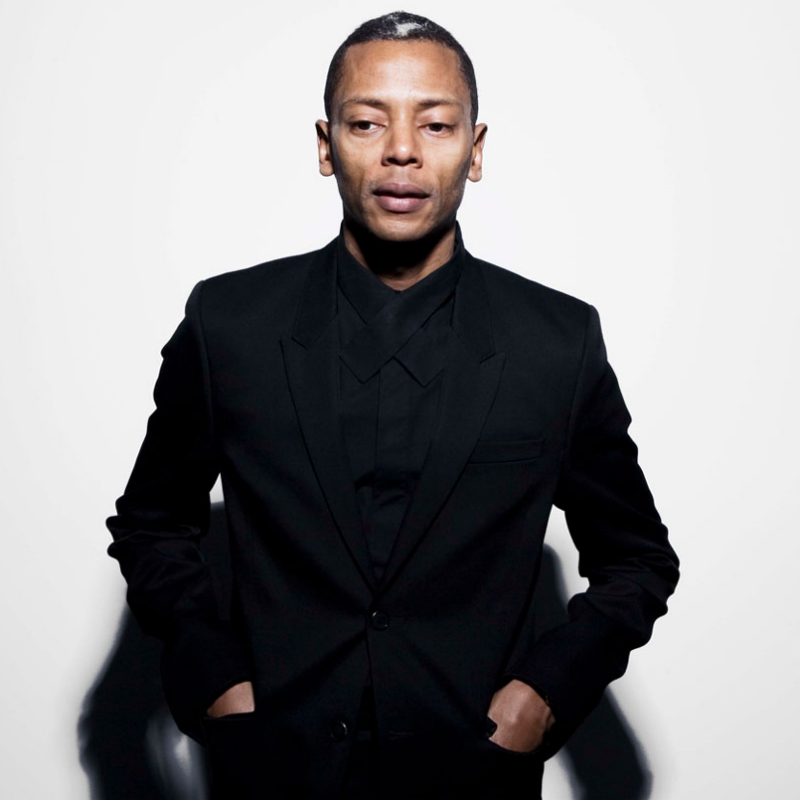 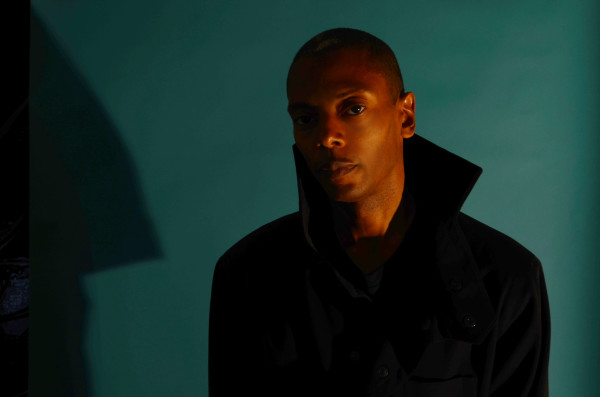 Jeff Mills, one of techno’s earliest pioneers, is no stranger to this science-fiction aesthetic in techno. From Detroit to Berlin to Chicago, Mills has been a major part in the development of a number of booming dance hubs across the globe. His musical aesthetic is well-defined yet intriguing, and we can always count on him for some heavy grooves. Having held residencies at some of the world’s best nightclubs, such as Tresor, Jeff Mills is one of the most exciting performers in the industry, often sporting a TR-909 as the quintessential focus of his setup. His records are played by countless DJs, although his accomplishments reach far beyond the dance floor and the studio. Somewhat of a tech guru, Jeff Mills is constantly pushing the envelope, always innovating new technologies.

Recently, Jeff Mills has created a unique interactive exhibition, perhaps the first of its kind. On March 23rd, he debuted his “Weapons” Exhibition in Tokyo; featured as the centerpiece was his own custom-built, UFO-shaped drum machine. This drum machine, known as “The Visitor,” was constructed by gutting a 909, inserting its electronics into a new housing, creating an interface that is both user-friendly and intuitive. Rather than the linear structure typical of many drum machine, “The Visitor” has its buttons laid out in a circular fashion; this, he says, is a far better visual representation of an instrument that is playing a looped sequence. With the help of sound artist and designer, Yuri Suzuki, the two have created a beautiful piece of hardware eloquently combining music and hardware. 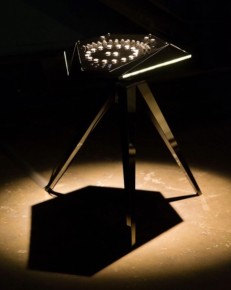 Jeff Mills is known to hit the buttons pretty hard on his gear, in the heat of the moment this is common for many artists. He has fitted “The Visitor” with arcade game buttons and knobs designed to withstand a beating. Thus, he has transformed the classic sound of the 909, an instrument that has come to define a large part of his style, into a retro-futuristic innovation far better suited to his performance style and visual aesthetic. Functionality aside, the mere visual appeal of The Visitor Drum Machine is enough to have everyone from the technology fans and art enthusiasts gawking at the sight. You won’t see this in the DJ booth every day.

According to Axis Records, “Jeff’s new project is the exhibition ‘Weapons: a small but potent collection of music affiliated avant-garde objects’ which consists in an immersive scenario paying tribute to the genre of Film Noir from the 40’s and inspired on a conceptual investigation experience based on the strange phenomenon of the infamous American UFO sighting over the city of Los Angeles in the winter of 1942 and famously known as ‘The Battle Of Los Angeles'”

Given his endeavors into music, art, technology, and science fiction, Jeff Mills is clearly a “Jack Of All Trades” (no pun intended!) who has successfully bridged the gap between the digital and analog eras, preserving the sounds of eras past while expanding on them, and embracing any new technology that will facilitate the creation of great art. With one of the brightest intellectual minds in the electronic dance music community, he is a true pioneer who, in years to come, will continue to shape and develop the music we hold so dearly to our hearts.