Jeff Derringer in Full Force With EP and Positive Energy 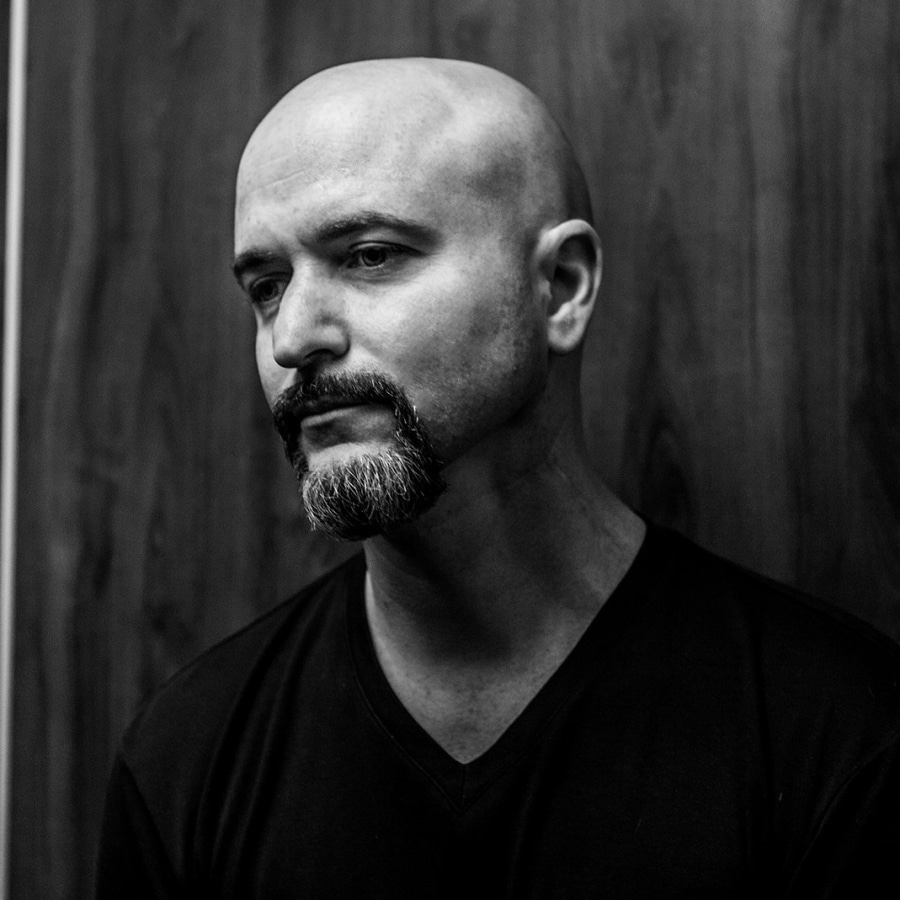 Jeff Derringer in Full Force With EP and Positive Energy

Since 2010, Jeff Derringer has released his unique brand of techno on such high-powered labels as Electric Deluxe, Soma, and Perc Trax, while touring the world behind his sound. His Oktave events have been a staple of Chicago’s Smartbar for the last dozen years, and have helped build a resurgence in the Windy City’s techno scene.

In 2018, Jeff went on medical hiatus and soon found himself in the ambiguous swamp of the Covid pandemic. After passing through the gauntlet of the last four years undaunted, Jeff has returned with an exciting new direction. The three tracks on Automatic are no-nonsense shots across the bow, built for club devastation; fast-paced, analog-steeped beats made, as Jeff describes it, with as little equipment as possible. Jeff’s Automatic EP is the fifth release on the label Oktave Records, a label that started in 2017 as an offshoot of Jeff Derringer’s long-running event series at Chicago’s Smartbar nightclub.

Hi Jeff, congratulations on your Automatic EP. It’s good to have you back releasing records! It’s been several years since your last release and I know it’s been a tough few years too, not only because of techno’s changing landscape but also for you personally and of course COVID. How are YOU doing these days?

Thanks for asking! I’m hanging in there. It’s definitely been a surreal adventure these last 5 years or so. I’m starting to feel that we’re turning the corner on Covid. And while the challenges that we face in this country are many, and growing, I try to be optimistic about things. Life is very short and precious, and I feel like we all need to do a better job of appreciating it.

“Life is very short and precious, and I feel like we all need to do a better job of appreciating it.”

Having a humbling outlook on life is key to getting through any hardship.

Read Next: Beyoncé’s ‘BREAK MY SOUL’ Is an Ode to House Legend Robin S.

Were you feeling uninspired in these past four years or did you just put music production on hiatus during this time?

I’ve gone through my mental ups and downs, as well as physical ups and downs, throughout this time. As you know, I’ve had my health challenges. My last cancer treatment (in 2017) coincided with the country feeling like it had been turned upside down! It was a lot to deal with.

That said, once I felt well enough, by 2018, I started to travel for gigs again. I also launched Oktave Records and put out two EPs that I thought came out quite well. The motivation for all this came from a feeling of, ‘I survived another fight for my life, I want to go out and prove to myself that I’m still viable and vital.’

“I also launched Oktave Records and put out two EPs that I thought came out quite well. The motivation for all this came from a feeling of, ‘I survived another fight for my life, I want to go out and prove to myself that I’m still viable and vital.’”

Automatic is more than just a creative process, it’s an EP to prove to the world and to himself [Jeff] that he is unstoppable.

However, after spending much of 2018 traveling and gigging, I was confronted by a bad case of burnout, and more than a little depression. Writing new material and putting out records, along with playing shows to support those records — this had been the focus of my life, and for the first time, it all started to lose its luster. When I looked at the broader market, I didn’t like what I saw. Records were coming and going faster than ever, becoming more disposable than ever. It didn’t matter how much time or effort you put into it, if you released it on vinyl or digital or CD or tape or whatever, nothing seemed to matter. You put the record out, and it’s gone in a week. That’s the way the industry has moved and I can’t stop that. But I found it discouraging, particularly as someone who was trying to get his own label off the ground.

“When I looked at the broader market, I didn’t like what I saw — Records were coming and going faster than ever. You put the record out, and it’s gone in a week. That’s the way the industry has moved and I can’t stop that. But I found it discouraging, particularly as someone who was trying to get his own label off the ground.”

Finding positivity and hope in a industry that’s fickle can be discouraging for an artist.

My body was screaming at me to slow down. I had done a good job of shutting off my emotions and just plowing through life, but after all these dates the depression and anxiety hit me in a pretty severe wave. I guess you might call this delayed PTSD? I’m not sure what it was, but it made me look at music and the underground community in a pretty negative light, and it was a hard feeling to shake.

So. Add all this together and throw in a full-blown worldwide pandemic that shut down the industry for nearly two years, and I’m pretty sure you can see why it’s been a while since I was more properly engaged in the underground!

How did you get through this period and how does it feel to be back releasing records?

There were periods where I felt I was finished with everything. But over these last few years, as my mental outlook has improved, I’ve also been able to pull back and reflect on my music and its place in the world. I’ve realized I can only be me, and do the things that I’m comfortable doing.

Honestly, I went back to basics. I started learning again. I got some new equipment, changed up my production workflow, and learned some signal processing tricks I hadn’t known before. My interest in music technology has thankfully never wavered, and slowly but surely that’s part of what brought me back to the studio desk.

“I’ve realized I can only be me, and do the things that I’m comfortable doing.”

Listening to your intuiton and mind is not selfish, but can be healthy and invigorating.

What is it about these three tracks that specifically told you that you were ready to put a record out again?

As I was learning new things, I needed a canvas to paint on, if you will, while I experimented and made mistakes. These sound sketches soon became more compelling to me than anything I’d worked on for a while. One of the exciting things I was doing (exciting for me at least) was using much less equipment and software than I used to. It was exciting to see what I could produce with just a few pieces of gear.

I tried to make things less complex and get directly to the musical ideas. I found that was a doorway into making tracks that inspired me. Once that happened, my normal process began again — writing a fairly large number of track sketches, and then picking the best ones that I thought would develop into a strong release.

“I tried to make things less complex and get directly to the musical ideas. I found that was a doorway into making tracks that inspired me.”

Jeff found that simplicity worked best when it came to his EP Automatic.

How do you see Automatic fitting in within the ever-changing sound of techno these days?

The three tracks on Automatic are really dance-floor focused. I like writing ambient and broken stuff too, but if I was going to come back to producing, I wanted these first new tracks to be utilitarian, tools to be used by DJs during their sets. I certainly hope some artists will like these tracks enough to play them out.

I think these tracks are recognizable as my productions, but they have a new directness. The tempos are faster, the arrangements are a little more pared back, and a little shorter. I’ve been listening to producers like Ryan James Ford and Truncate, and their tracks usually come in around the five-minute mark. For some reason, I always wanted to make tracks that were closer to 7 minutes long, but when I thought about it, I didn’t really know why. The new tracks are shorter, more of a straightforward, visceral experience for the listener and the dance floor.

Do these tracks fit in with the sound of techno these days? I guess that’s not really for me to say. I’m hopeful that I’ve made something relevant that my audience and other DJs will still enjoy.

Your Oktave label is also an extension of the Oktave parties you host at Smartbar Chicago. How has it been getting back to the dance floor and curating events?

There’s no question that Smartbar’s re-opening last year was a big factor in getting me back on the horse, so to speak. In July 2021, Sev (Smartbar’s talent buyer) called me and said we were re-opening, and that if I wanted I could play a show in the next few weeks with Volvox.

She’s one of my favorite DJs and someone who has played for Oktave several times — it seemed fitting that she would open things back up for Oktave. It was the first show I’d played since February 2020 (!!) and it was really energizing. There was a good crowd, I felt good playing, and Volvox killed it. Most importantly I enjoyed myself, to a level that I found surprising. ‘Wow! I remember really digging this experience!’

“Most importantly I enjoyed myself, to a level that I found surprising. ‘Wow! I remember really digging this experience!’”

As a DJ, nothing beats the feeling of performing on the dancefloor with amazing vibes, friends, and an upbeat crowd.

Are you planning any other artist release for the label in the coming year or so?

I want to get Oktave Records back up to releasing on a fairly consistent basis. I have my wish list of artists, and I’m in the process of getting a few commitments. I’m also looking to re-start the podcast series. More on all that soon.

Are you planning to get back on the road and hit cities outside of Chicago?

The short answer here is ‘yes.’ That said, travel is probably the hardest part of all this — my body is not what it used to be, and travel is hard. However, there are cities I really miss playing in (um…Los Angeles!), and I’d like to do some dates in support of the new record and the label in general.