Jay Tripwire On Why He “Wouldn’t Trade 2020 for Anything” 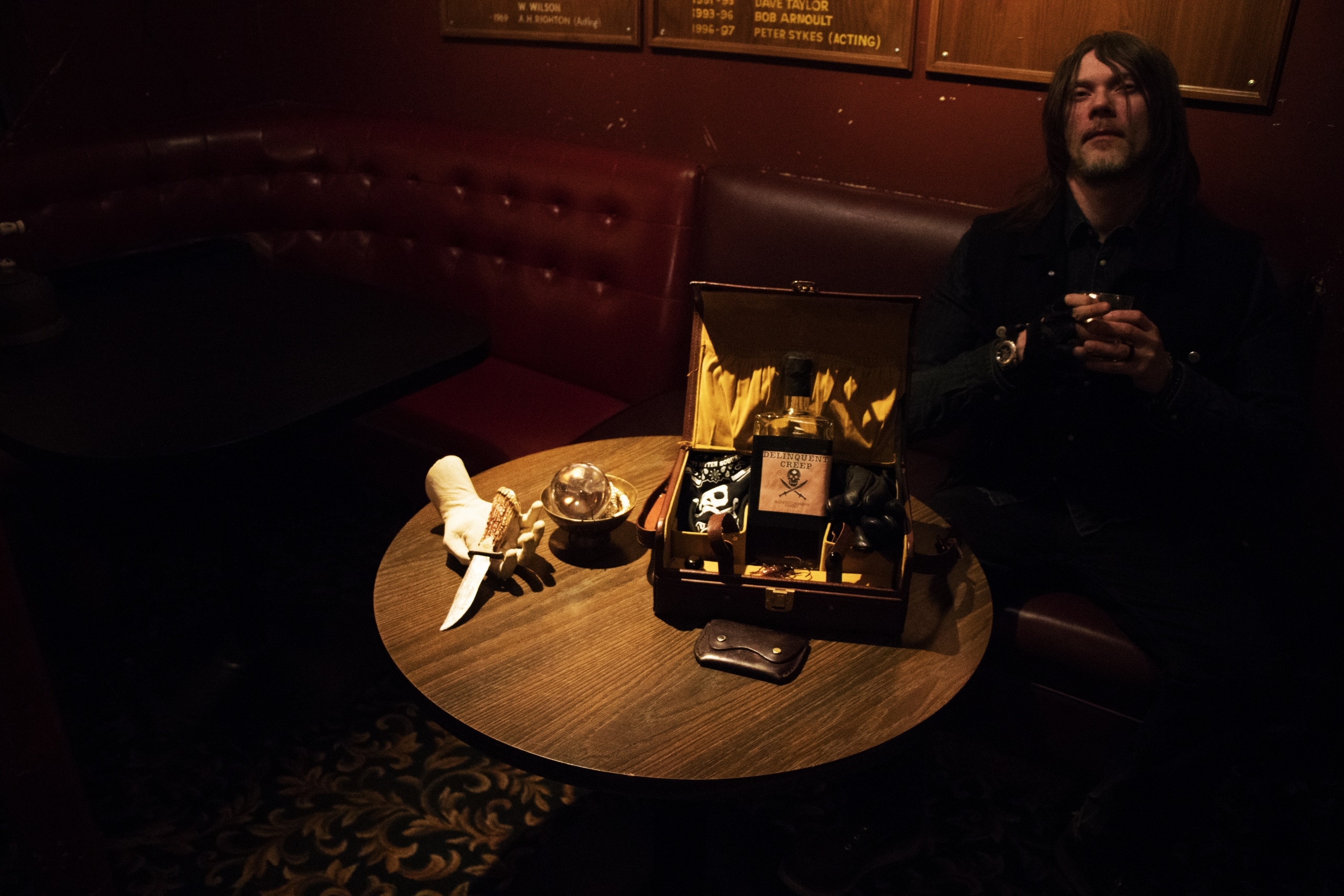 Jay Tripwire On Why He “Wouldn’t Trade 2020 for Anything”

Jay Tripwire is a Vancouver DJ that pioneered the fusion of House and Techno in a more minimal stripped down fashion. He did so a long time ago in a galaxy far far away. So long, in fact, that he has also released over 300 vinyl records and has accumulated digital and physical sales in the millions.

Jay Tripwire remains one of the most prolific artists around, with an average of 15 releases per year and an average of 10-15 remixes per year. In 2010 Jay Was honoured by being named one of the most influential Innovators in house music for “The thoughtful minimal stylings of Jay Tripwire,” mentioned alongside visionaries the likes of Frankie Knuckles, Larry Heard, Charles Webster, Atjazz, and Tom Middleton.

Whilst the term ‘legendary’ is often bandied about with little thought, in Jay’s case we could say just that – his personal arsenal of re-edits and comfort in arranging extended DJ sets lasting eight hours or more certainly demonstrates a talent that deviates from standard fare. Jay also still supports, buys and plays vinyl, and actively seeks out records to play at gigs, when Tripwire is on the decks he plays a vinyl and CD set. Jay has made appearances in over 200 cities worldwide, and some of his most memorable gigs have been in his 10 years of bookings at Fabric London- a venue that has changed his approach to DJing, and production sound.

Jay Tripwire’s work has been featured on numerous compilations, notably from Cocoon, Fabric, Renaissance, Journeys by DJ, Ultra & Bedrock, and is supported by a diverse spectrum of dance culture from house luminaries such as, Doc Martin and Kerri Chandler to techno legends Steve Bug and Laurent Garnier and John Digweed With anticipated releases and remixes imminent, the Tripwire production wheel is still very much in motion, and on its way to a turntable near you.

His latest release is a remix of “Auditory Touch” by Ocean Lam, out July 24th on Moteur Ville Musique and available by clicking here.

With 2020 being the unusual year that it is, we decided to have a long-overdue virtual chat with Jay Tripwire to find out what he has been up to so far during lockdown, how COVID-19 has—or has not, as the case may be—changed his life and what we can expect from him in the months to come. 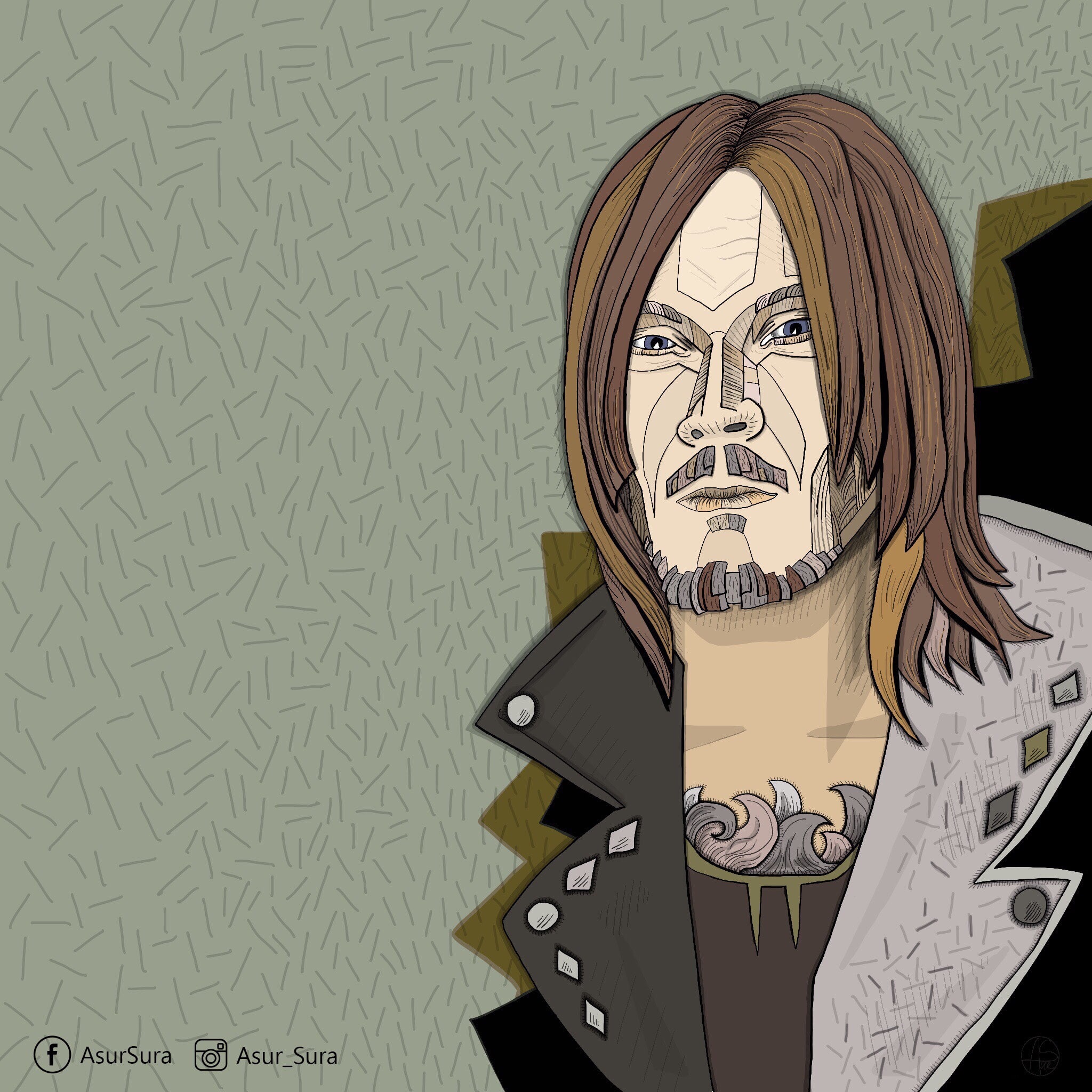 Hi Jay, nice chatting with you. Whereabouts in the world are you right now and is that what you call home?

I live in Vancouver Canada, it’s a great place to live, especially for my daughter. We don’t see as many Orc and Goblin attacks as other places, and as of now we have peace with the dwarves and the elvish.

Sounds magical! How have the last few months of lockdown been for you?

To be honest, this is how I normally live other than going away on the weekends to travel. I hang out in the studio a lot and hang out with my daughter during the week.

I built a gym to train in my house like 5 years ago, so most of the aspects of my life are at home. We were lucky here that we flattened the curve early, our cases are low in the Province and things are like 50% normal. Our cases have been hovering at like 10 cases a day and not a lot of community spread. Our border is shut down as well. The worst part of this was doing homeschool, that shit sucks so hard. Haha.

Have you found yourself more or less inspired in the studio?

I have been working on engineering other peoples projects, doing mixdowns etc. And I have quite a few originals done at this point to send out to labels. I’m always scary productive in the studio, hence why the discography is so vast, haha. I also re-did my studio, got some new gear and have been doing stuff more live and not really using the DAW much at all.

Why do you think that is?

I’m completely addicted to making music, its this part of me that never stops. I never have writers’ block, and I’m always full of ideas.

You have a brilliant remix for Ocean Lam coming up. How did that come about?

I put the parts into the sampler, and ran passes with the hardware. I think it was done in about 5 hours. Doing stuff hardware-based is so much faster of a workflow than fucking around with a computer and a DAW.

You’ve had a very prolific career with so many releases over the years. How do you maintain motivated with all the industry and world changes we are going through?

Music is my discipline, I treat it like its Kung Fu. I have spent the last 28 years doing this, I grew up in raves, lol. This life is really all I know. If it wasn’t for music I’d probably be dead or in jail. I owe everything to music. I’m also reallllly fucking lucky to still be at it.

If I didn’t love this as much as I do, I wouldn’t dishonour it by continuing to do it, but I love it more than ever before. I love playing records, I love working on music and everything else in between.

I’m also lucky that my constitution is built for tour Djing, I can easily function on little sleep and can sleep anywhere, including on an aircraft.

I know that with so many releases you have also put out so many vinyl records. Do you own each one of the 200+ you have released?

No actually (laughs). I just have the new vinyl releases. I gave the full discography to my ex-wife a long time ago. I can borrow them anytime I want tho! (laughs)

How many records total do you have? Mind sharing a picture of the collection?

At one point I had so many records it fulled a room lol. I have moved around to different cities over the years and my record collection is decimated. In 2007 I had a rough patch and ended up selling a vast majority of my best records, I had some health issues and started to get some crazy ass panic attacks and shit. I’m not crazy attached to objects either- it’s only stuff.

Do you have a record you considered more prized than others for some reason?

My copy of Ultrasong on Wave. It’s one of my favourite records of all time.

With 2020 being such a weird year, what are you looking forward to for the rest of it?

2020 was the kind of reset the world needed. I knew at some point a pandemic was going to happen, I watched for it. I’m grateful its not airborne Ebola or something with a 50-75% mortality rate. I live in each moment, and I wouldn’t trade 2020 for anything. So many great things came during this adversity we all face. For the 1st time in 100 years we all have a common enemy. Our way of life is not sustainable and this pandemic shows all the cracks in how we operate as a society.

When do you think you will be back to touring?

As of now, there is no travel in the foreseeable future, our borders are shut and if you come back you are in mandatory 14-day quarantine. If I left to do 1 gig I’d be in lockdown for 14 days. I don’t see this situation getting to normal for at least a year. The other thing we will face is that fact airfare is going to be very high cost. I think a lot of scenes are going to get back to a more local-only based scene till this is under control.

What do you miss the most about touring by the way?

Playing music for people obviously. Also, I’m not gonna beat around the bush but I could sustain my daughter and me off 2 or 3 gigs a month out of town. I didn’t go away every weekend, maybe 2 weekends a month on average. I cut down on touring to be there for people at home. I used to tour nonstop and I missed out on a lot of things. I don’t want to miss out on my little girls formative years, and you cant maintain a relationship if you are away all the time. I could make a living off 2 or 3 gigs a month, I don’t need to do more than that.

I don’t do this to get rich, in fact, art life requires struggle to innovate and keep the eye of the tiger.

You’ve traveled around the world already. Do you have a favorite country?

America… It’s the core of where this music started. It’s a place where you get the mix of every race and sexual orientation. When you play a party in America you get so many different cultures and body rhythms in 1 room, that is inspiring for me to play music too. This music is about inclusion to everyone, and in North America you get that.

What about the country or city with the best food you’ve ever had?

NYC hands down, you can find the best of the best of every type of food there in the most authentic way.