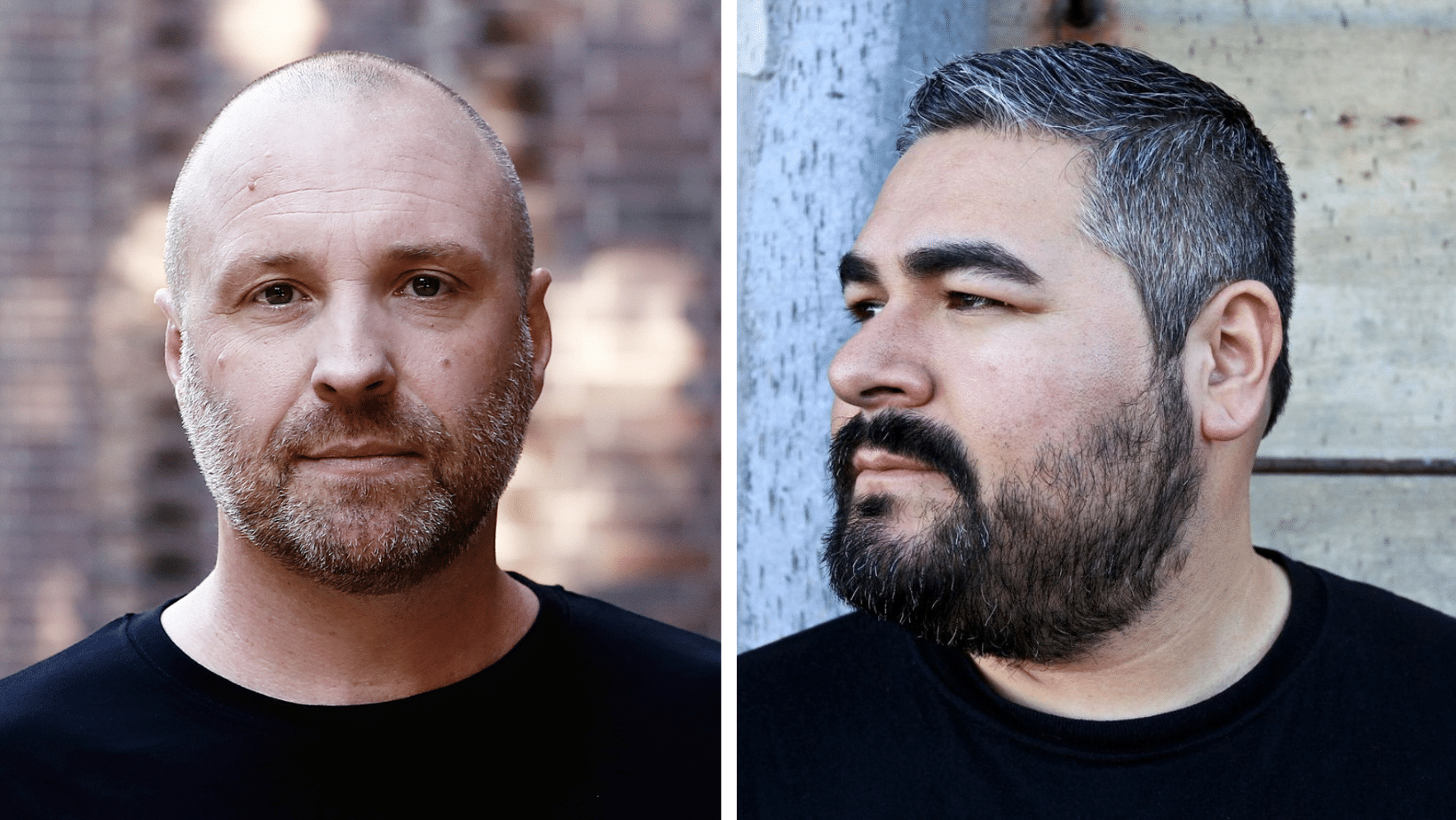 L.A.’s Truncate (David Flores) has made previous significant appearances on Blueprint with his ‘Terminal 5 EP’ (BP049) in 2017 and ‘The Bell EP’ (BP055) in 2019, but this will be the first time he’s joined production forces with its label head.

Truncate and Ruskin’s EP features three sketches, but don’t be fooled by the EP’s title – these are fully rounded slices of techno finery delivered by two mainstays of the scene and an essential release for your BP collection.

Look out for further Blueprint celebrations including a new Ruskin and Broom EP and special anniversary compilation later this year.

Listen to the exclusive premiere of Truncate & Ruskin “Sketch 2” below:

Croydon-born producer and DJ James Ruskin is one of the most respected figures in British techno, both for his Blueprint label and his own recordings, which are equally informed by the no-nonsense drive of the Birmingham sound as well as the adventurous sound design of Autechre. Consistently releasing quality material through Blueprint since the label’s mid-’90s foundation, he’s also issued several full-lengths and EPs through German institution Tresor, including 2001’s Into Submission. In addition to releasing collaborations with Surgeon and Oliver Ho, Ruskin has also worked with Regis (Karl O’Connor) as O/V/R, and produced more experimental, IDM-leaning material with Mark Broom as the Fear Ratio.

Established in early 2011, Truncate is the raw, deep, jackin techno and house project of David Flores, who is also widely known for his productions as Audio Injection.

After being introduced to electronic music back as a teenager in the early ’90s in Los Angeles, Flores was hooked. He started DJing across Southern California on the DIY warehouse, backyard, desert, and rave circuit.

After a few years solely DJing, he began releasing original music under the monikers David F and Audio Injection, which landed him on labels such as Monoid, Stimulus, 4 Track & LA label Droid Recordings. His association with Droid Behavior began in 2003 as a resident at the now defunct yet infamous and internationally acclaimed Interface event series alongside Drumcell and Raiz. He currently runs a new event series together with Drumcell and Oktaform named “Observe”.

His Truncate releases early on gained critical acclaim from world class underground talent such as Modeselektor, Ben Klock, Marcel Dettmann, Chris Liebing, Speedy J, DVS1, Luke Slater, Ben Sims, Josh Wink, Eats Everything, Joris Voorn, and many more. Since then, he has provided remixes for artists across the musical spectrum including Kink, Slam, Loco Dice, Ben Sims, Josh Wink, Ellen Alien, Miss Kittin, Carl Cox & Nicole Moudaber. He has also released original works on 50 Weapons, Ultramajic, Blueprint, Ei8ht, Figure and of course his own imprint Truncate. He has also collaborated with Jimmy Edgar, Chambray and most recently started a new project with Ben Sims as ‘Assailants’ which they’ve released on their own imprint ‘Obscurity Is Infinite’.