Is the Vandalism of White Ocean Camp the Latest Sign of How Much Burning Man Has Changed? 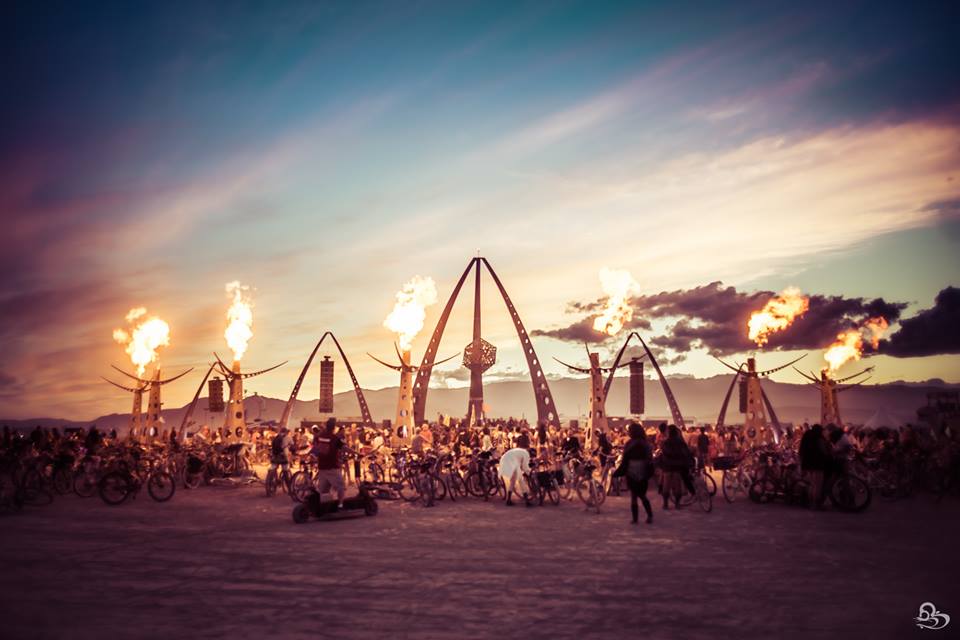 Is the Vandalism of White Ocean Camp the Latest Sign of How Much Burning Man Has Changed?

Burning Man has always been a gathering that promotes art and community through an emphasis of 10 main principles, including “radical” inclusion, self-reliance and self-expression, as well as community cooperation, civic responsibility, gifting, decommodification, participation, immediacy and leaving no trace.

Yet, over the recent years evidence has arisen proving that luxury, exclusion, limited participation and “VIP behavior” have begun to seep in and find a firm hold at the annual event.

Prior to this year’s edition, long-term attendee and performer Lee Burridge took to his artist Facebook page to launch a message to fellow DJs and music performers coming to the Playa. Prompted by the news that some artists were just coming in for the weekend to perform without contributing to the gathering itself, Burridge stated that “perhaps the camps should tell each artist and/or their agents that they too need to contribute (after all why should anyone be above joining in and helping).”

This was just one of the latest clues that in years past something has been changing at Burning Man. News of so-called “rich camps” are absolutely not new, with plenty of coverage arguing that the gathering has become for the 1% and the elite or, at best, has allowed a previously non-existent VIP atmosphere to become a visible part of the event.

News coming in from this past week’s Burning Man is now confirming that somewhat of a revolution has begun against the rich who have brought luxury and a VIP-centric atmosphere to the Playa. The specific target? The White Ocean camp founded by Paul Oakenfold and Russian billionaire heir Tumur Sardarov – one of the several “plug-n-play” camps that have appeared in recent years welcoming Silicon Valley millionaires and billionaires whom, instead of participating and adopting the very same ethos of Burning Man, use hired cooks, builders, security and other staff to do the work for them. Attendees of some of these camps have also been accused of dropping into Black Rock City for only a few days at a time, sometimes even via private jet or helicopter, with no interest in really being a part of the gathering as originally intended.

According to a Facebook post by White Ocean, “a band of hooligans raided our camp, stole from us, pulled and sliced all of our electrical lines leaving us with no refrigeration and wasting our food and, glued our trailer doors shut, vandalized most of our camping infrastructure, dumped 200 gallons of potable water flooding our camp.” The camp clearly became the focus of built-up anger, as evidenced by the words of a Burning Man organizer who allegedly told White Ocean camp staff that, “It makes sense that you have been sabotaged as you are a closed camp and not welcoming.”

Comments left on White Ocean’s Facebook post seem to confirm this very same viewpoint of the camp’s attitude and behavior, with many voices joining in denouncing its luxury lifestyle and decisively unwelcoming character. While some distanced themselves from the need of violence at a peaceful event such as Burning Man, many others, including veterans of the gathering, supported the attack categorically stating that it is “time to take back Burning Man.”

Patrickal Ted provided an analogy between what happened and the world outside of the supposedly utopian universe of Burning Man, “Your spirit of exclusivity and decadence is exactly why the world, outside of your luxury camp is so fucked today.”

Crystal Lee found no pity for White Ocean when she said, “As someone who has camped next to you in the past, you have been the most unwelcoming group on the playa. You wall yourselves off. No one knows you- other than the people who put on a big party then return to their cave of luxury. Is that really participation? Or is this party you throw so that you meet the requirements to be placed? Is it for the burners really? For the love of music? Or are we just extras at YOUR party?”

I hope you don’t come back. If you do I hope you drop your walls and your elitist bull shit. Participate from the heart not from the wallet- or get the fuck out.

Robert Murray joined in with far harsher words on the whole direction Burning Man has been going in, “I remember before the wealthy silicone valley snobs took over the Black Rock Desert with all their commercialism the Burning Man was a FREE event. Now tickets disappear within 45 minutes of offering at around $850.00 each. The whole Burning Man event should be burned to the ground it is so elitist and exclusionary. But that’s just my opinion.”

Countless others joined in backing what some called the beginning of a revolution to bring back the real spirit of Burning Man back.

This year, Burning Man provided live streaming of the event and continued to surprise with impressive art installations and music lineups. As of writing, Burning Man hasn’t provided an official statement on what has occurred at the White Ocean camp.