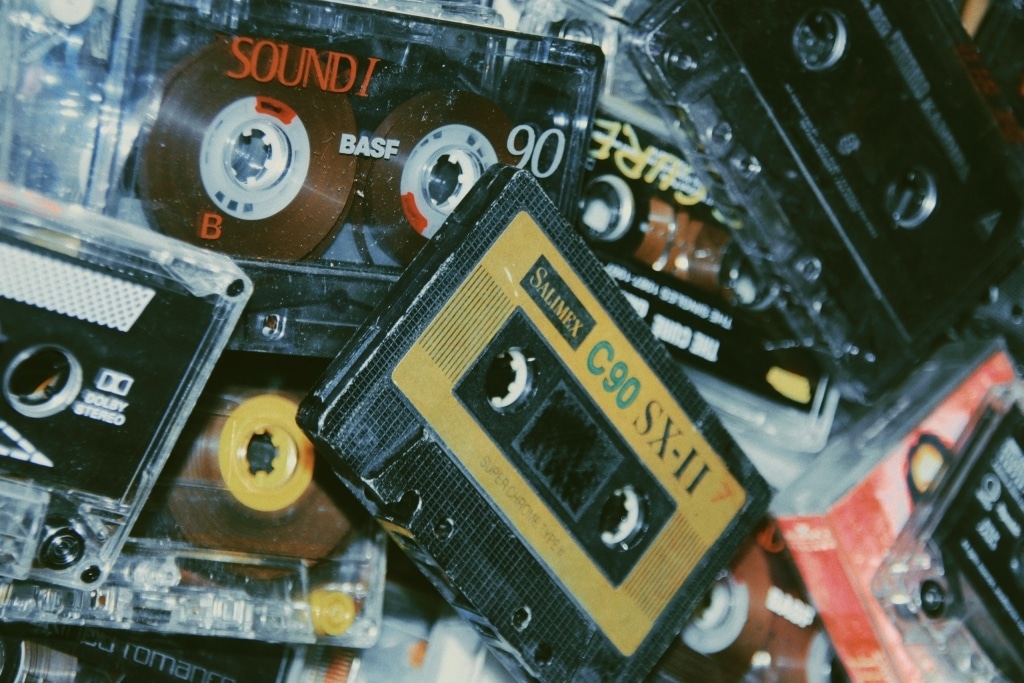 Techno has a stronghold on the electronic music scene, but is trance making a comeback?

“Come on dance with me, Move your body…” The main sample phrase that hypnotized so many this year with Charlotte De Witt and Enrico Sangiuliano’s Remix of “Age of Love”. The song gained so much traction that it immediately shot to the #1 spot on the overall Beatport charts. It dominated the charts for well over a month. What many might not know, is the original track was released in 1990 and was considered to be one of the first trance tracks. With increased diversity in music, the lines separating genres are becoming more blurred.

In case you haven’t noticed, all things ’90s are making a comeback. From a Mortal Kombat remake, Friend’s and Fresh Prince reunions to ’90s accessories… An “Age of Love” remix in this cultural reboot was bound to happen. Although the track has been remixed multiple times, this particular version (and current trends) may be the “official” confirmation of a trend that many techno fans have noticed: Modern Techno reintroducing us to 90’s trance.

Instead of trying to define what techno is, the goal is to see how branches of it are changing, and more specifically, adopting elements from 90s trance.

What Is Modern Techno?

Calling a specific genre of techno, “modern“, is of course, oversimplifying and isn’t fully accurate. Artists of all different styles are creating and thriving to this day. So there really is no singular definitive “modern” version. However, “modern,” in this case,  is a general term for the most widely popular versions of techno being embraced by the masses today. More specifically, Beatport’s “Peak Time/Driving” and the “melodic” categories.

Another thing to consider is that techno is probably one of the hardest genres to define. It has had such a long history and has had time to evolve and grow into something completely different since its inception. If you’re reading this you probably already have a concept or your own definition of the genre. So instead of trying to define what it is, the goal is to see how branches of it are changing, and more specifically, adopting elements from 90s trance.

Read More: What is LA Techno?

There are tons of different versions of trance. Most would agree though that trance in general, is a form of 4 on the floor fast-paced and driving dance music that focuses on melodies. Melodic progressions and uses of those in build-ups/rises in energy and breakdowns are a signature of trance music.

Artists of all different styles are creating and thriving to this day. So there really is no singular definitive “modern” version.

At the end of the day, modern music is new music created by present day artists

It is to oversimplify, but many probably view today’s trance as having a heavy reliance on massive airy synths, vocals, classical and pop music influence; especially melodic progressions that give you the happy “feels.” However, trance in the 90s, specifically the early 90s, mainly focused on general melodic progressions, arpeggios and rise in energy.  It was more stripped back and there really was no signature sound or synth for the music. All that mattered was the artist used dance music and melodies to put you into, you guessed it, a trance.

Other than “Age of Love”, one prime example of 90s trance was the huge hit “Energy 52 – Cafe Del Mar” released in 1993. The overall mood of the track isn’t necessarily overly “PLUR” but more ambiguous and hypnotic with some darker tones. One can even argue that if the track was slowed down it can sound a lot like music from such melodic techno artists as Tale of Us. Lo and behold, what do you know, they did in fact remix the track in 2019.

Techno and Trance: Changing with Times

There have been many discussions and signs of techno adopting trance elements. In March of 2018, Beatport created the “Melodic House and Techno.” While the genre wasn’t specifically defined one could already guess the influence of trance in just the name alone. Then in February of 2020, Beatport’s genre of techno was split into another two categories: “Raw/Hypnotic” and as mentioned before, “Peak Time/Driving”. Upon release, Beatport did not give a definition of what qualified as“Peak Time Driving Techno.” Instead, the company released a curated playlist to show examples of what the new genre represented.

If you check out the list, you’ll notice the tracks all have high energy tempos and definitely make sense to be labeled as “Peak Time/Driving.” Amongst the tracks listed, such as Roman Tapia’s “Last Step” or Mha Iri and ABYSSVM’s “Phyllotropis” (and many others)- Melodic progressions are heavily used; an obvious sign of trances influence.

However just because a track is melodic doesn’t necessarily make it “trance” or influenced by trance. What does tip the scale, is the fact that the tracks mentioned earlier, focus heavily on melodies to drive the track. They use those melodies in the breakdown to emphasize and create a build, a drop, and often progress the melody throughout the song. Most would argue that techno often uses tension and release to create these changes in energy, but rarely are melodies driving these build-ups and energy changes. Even though the Beatport tracks use melodic focus and rise in energy, they also maintain the darker hypnotic tones which are something that characterized 90s trance.

To go back to our original example of Charlotte De Witt and Enrico Sangiuliano’s Remix of “Age of Love”, the track stays relatively faithful to the original while adding an elevated feel with the artists’ personal touches. The key vocal samples are kept intact, but the melodic progressions, synths, and “trancey” sounds used throughout the track have a darker feel. The fact that two modern and well-known techno artists were involved in the remix project and seeing the positive reception from the techno community is the clearest nod to how techno is bringing back 90s trance. Without a doubt, techno fans seem to be really enjoying it.

What Does This Mean for the Future of Techno?

Every genre, artist, and fan go through changes, preferences, and styles. Many might not like the idea of techno music adding elements of a different genre (like trance) but it is happening.

Techno “purists” would probably not like the trend, but maybe it’s not such a bad thing. Adding different stylistic elements can give a track more depth and a greater dynamic feel. If an artist keeps a genre’s integrity whole while adding a focus on melodic elements then it could help make a track easier to remember. Ever try to describe a non-melodic techno track to someone? “Yeah it’s the one that goes untz untz untz…”

Most would argue that techno often uses tension and release to create these changes in energy, but rarely are melodies driving these build ups and energy changes.

Many techno heads have their preconceived notions of what trance is today. Search for “techno,” “trance,” and “meme,” and you get a plethora of negative images. So it’s safe to say most techno fans probably don’t like the idea of being associated with trance. 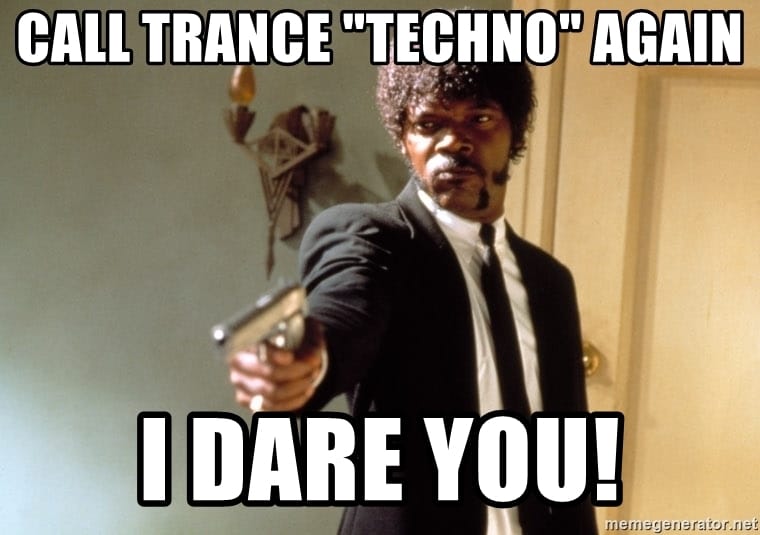 The ’90s music doesn’t necessarily mean it’s better, but the ’90s were a rich and growing moment in time for the electronic dance world. People almost literally had to fight for their right to party. Initially, there really wasn’t much of a solid concept of genres in the earlier years. Sure they had the name, but artists just made music to make music. Genres were created by record labels to make it easier to find certain types of music. Artists would often think they were making one genre, but then it was put into another, e.g. Joey Beltram’s techno classic “Energy Flash”.

Bringing in elements of a different genre as well as a past era can help remind people of electronic music’s history and roots. Not only is music progressing but also paying homage to the past. Some people might say artists are just trying to capitalize on the current ongoing nostalgia factor. However, bringing back ’90s era dance music and history lessons, may help remind people of the time you didn’t care what “genre” it was. 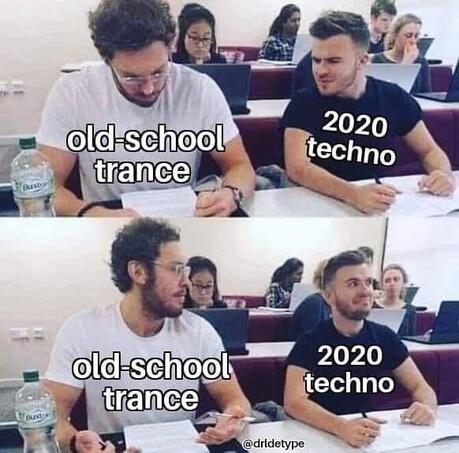 Dance music is one of the most powerful mediums of art in existence. No matter the genre, its whole purpose is to be so powerful and engaging you physically move to its frequencies. So what if a genre adopts some elements of another or becomes a completely different thing as time progresses? After all, the first versions of techno created were completely different from what is commonly known as “techno” now. As long as the music allows you to express yourself and syncs you with everyone else in the room one beat at a time then it’s doing something and genres take a background seat.