Is It “Ooh Oooh”? “Woot Woot?,” The Chant That Refuses to Die 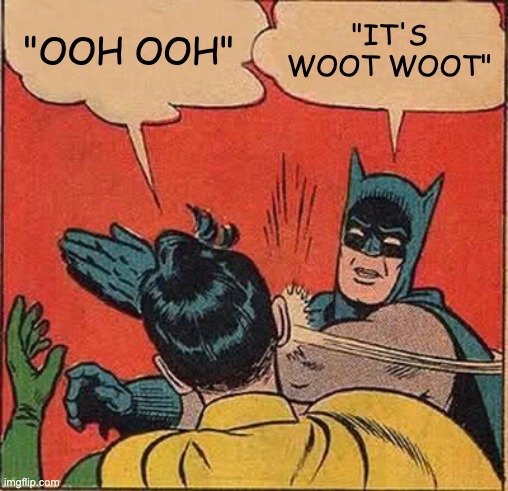 Is It “Ooh Oooh”? “Woot Woot?,” The Chant That Refuses to Die

For decades, all forms of dance music have gone through changes in sound, culture, and purpose. However, there is one inalienable truth at almost any party: Someone will yell out “ooh ooh!” Is it “woot woot” or “oowt oowt”? However you want to phonetically spell it, you know you’ve heard it. Perhaps you’ve even done it yourself. Don’t worry, embarrassed or not, like wearing a fedora, everyone at some point in their life has done it. While you might have left that party chant behind, it still happens to this day at the club and even at outdoor functions. There’s no escaping it. What’s your take on it? Do you get annoyed or join in? Where did this party chant come from and when did it become a “thing”?

In case you don’t know what we’re talking about, check out the video below at the 20-second mark. You’ll hear the “ooh ooh”:

Regardless of how you feel about it, “the chant” has become such a popular thing that it has shown its face in music of all types throughout modern music history. Probably the most widely popular track that uses the chant is Back Street Boys “Everybody”. Yes, it’s a 20+ year old track but it was clearly a pop music hit in its day. Skip over to roughly 3 mins and 8 seconds (or 13 seconds depending on the source) the chant used as a sample three times within 10 seconds. The same sample was used in a more recent dance tune Mr. Belt and Wezol “Let’s All Chant.” The chant’s world popularity is evident in the fact that it’s even used in a K-pop tune.

Read Next: The History of House Music Starts in Chicago

So where did “the chant” actually come from and how did it become so wildly engrained into dance music culture? Well to find the earliest documented use of “oo-ah oo-ah” you’ll have to go to the days of bell-bottom pants and shiny disco balls as the video below shows:

That’s right folks, the chant goes as far back to at least 1977 when The Michael Zager Band created the beaut. As far anyone can tell, this track is the first-ever making use of the chant. In fact, all the previously mentioned modern tracks, are sampling the Michael Zager track. The chant was used frequently by clubbers during the era, but there really is no other documented earlier source of “le chant.” If anything, the Michael Zager track is responsible for it spreading (plaguing?) throughout the history of dance.

Check out The 20 Funniest Techno Memes

However, the irony of it all is that even at the inception of the track, and possibly the chant itself, it was considered not, not annoying. According to the book, “The First Ladies of Disco: 32 Stars Discuss the Era and Their Singing Careers”, Michael Zager talks about how his partner at the time would go to various clubs such as the infamous Studio 54, and often hear the dancers chant “ooh ooh.” His partner then told Michael to make a song involving “the chant.” According to the interview, his reaction was “You have to be kidding me; That’s embarrassing!” Michael Zager also stated he made certain artistic choices in the song because “I thought it was so stupid with the ‘Oo-ah’ sound in it…” Embarrassing or not, the track took off and according to the same interview, it sold nearly 5 million copies and reached the top 20 in the U.S. From that point on, history was made, and a cultural dance phenomenon was unleashed unto the world.

“You have to be kidding me.”

So there you have it. As far as dance music history knows, it started with disco, and the “chant” has prevailed through genres, generations, and probably will continue until the end of time. Even if you are annoyed by it, the chant and desire to do the chant is something that links us to the history of dance music.

So if you’re feeling it and you’re not yelling it into someone’s ear, say it with your chest and embrace the party spirit. However, you may (most likely will) make a few around you shudder but you do you. Just know that this thing is something that not only your parents have done, and even your grandparents and great grandparents. Whatever side of the chant you are on, either performing it or being annoyed by it… you are experiencing and being a part of a strange corner of dance music history and culture.