Ticket Fraud: Is Blockchain the Future of Ticketing? 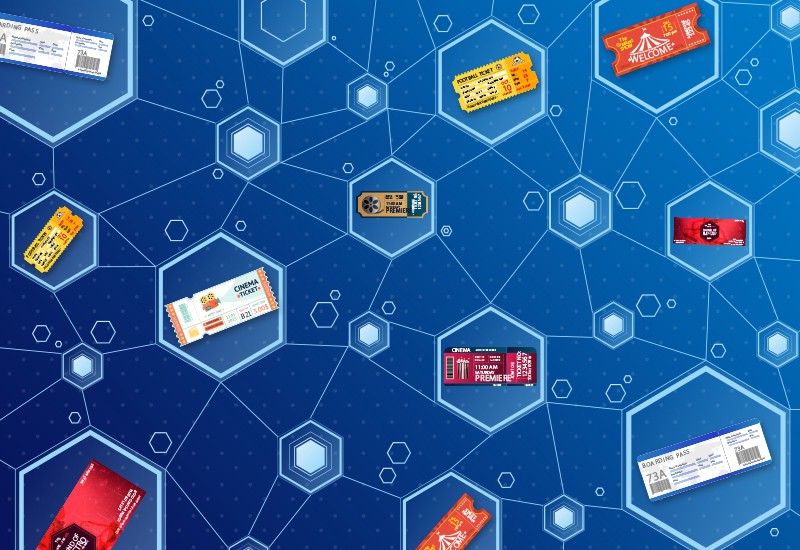 Ticket Fraud: Is Blockchain the Future of Ticketing?

Imagine you are trying to buy tickets to a sold-out show. Your only option is to buy on the secondary market. You bought the ticket for three times the face value and there are no guarantees the ticket you bought is actually a valid ticket. It’s now the night of the show and you get to the door, and your ticket doesn’t scan. This type of fraud (ticket scams) is the worst feeling for any music fan. You cannot get into the show, and even worse, you cannot get your money back from the scammer because they have disappeared. How does the music industry combat fraud at this point? The answer may actually come in the form of blockchain ticketing.

Get tickets for all of 6AM’s upcoming events here

Once a primary ticketing platform sells its tickets to an event, they’re gone. If you want to buy a re-sell ticket, oftentimes you buy from others sellers who can end up being shady options. Stubhub and other secondary ticket websites enact harsh penalties to any re-sellers trying to sell fake tickets, yet they collect exorbitant fees from both the buyer and the seller and still allow speculative ticketing. Speculative ticketing means posting tickets you don’t actually own yet for sale because you believe you will be able to acquire those tickets when they do go on sale. When speculative ticketing doesn’t go according to plan, it leaves many fans angry and upset.

As an alternative to using exploitative secondary marketplace websites, many music fans have started their own secondary marketplace via Facebook. Buyers looking for tickets to a sold-out event often go to the event’s Facebook page to find people trying to re-sell their ticket, but that option is rife with scammers. As a result, people have created their own several private Facebook groups such as the popular theXchange. It was established for the sole purpose of buying and selling secondary tickets. The groups are tightly regulated by admins with strict adherence to kicking out anyone caught scamming. However, scammers still slip through this unregulated market as it’s all user-led. As many music fans know, both the primary and secondary ticketing markets are rife with fraud and abuse causing many fans a massive headache so these piecemeal solutions are not the long-term answer, but blockchain ticketing may be.

Discussion of the opportunities of blockchain technology for the music industry has been all the rage this past year. Chances are you didn’t go the past year without hearing about NFTs, or non-fungible tokens will revolutionize the music industry. Old school titans like Gareth Emery are even starting their own blockchain music companies, as well as the Audius platform endorsed by Deadmau5. Even 6AM is all-in on the promising future blockchain technology. We launched our own cryptocurrency $RAVE coin earlier this year, which you can purchase on the Rally network.

Buy the 6AM cryptocurrency $RAVE coin on the Rally network

Even though blockchain might seem synonymous with cryptocurrency, there are several applicable use cases for blockchain technology to revolutionize the ticketing industry including:

How Does Blockchain Technology Solve These Problems?

Blockchain technology allows for the concept of “smart contracts” between buyers and sellers. Smart contracts enable more secure and traceable transactions. Ticket sellers will know who you are, and you can also know who ticket sellers are to know they are legitimate. Tickets can now be tied more directly to actual people. Furthermore, promoters and ticketing platforms can now actually set restrictions on tickets ensuring a fairer, more secure marketplace.

For example, let’s say in today’s world a scalper uses a bot to buy a bulk of tickets to an in-demand concert such as Eric Prydz. Each ticket was $50.00 face value. The scalper then puts those tickets on StubHub or another secondary site and lists them for $150.00 each marking them up three times the original price. That $100.00 difference is entirely pocketed by the re-seller and does not go back to the artists, promoters, or venue currently. With smart contracts, the promoter or ticketing platform can now put restrictions on how much the ticket is allowed to re-sell for, or perhaps even prohibits the ticket to be re-sold.

The way tickets are secure is by assigning a unique, immutable, and verifiable transaction on the blockchain. Essentially, every ticket is now tied to a real person and no one can fraudulently pretend they own a ticket to an event when they do not because of the strict decentralized record of transactions.

What is Blockchain Anyway?

Blockchain technology can be difficult to understand, but in simple terms:

Blockchain is a distributed database that maintains a continuously-growing list of transactions grouped in so called blocks. Each block contains a timestamp and a link to a previous block secured with encryption.

Also, each recorded transaction needs to comply with a digital ‘smart contract’ that defines the market regulation rules. So, in effect, blockchain is a decentralised digital ledger that validates and records transactions on thousands of computers globally. This means the transactions cannot be altered retrospectively, as there are so many copies.

Blockchain is safer than traditional databases because each piece of information is added to the network in blocks to a chain that records them forever. Whenever a piece of the puzzle is changed, it will record as a new block of the chain.

Blockchain ticketing platforms generally require every buyer to now use a digital ID tied to their smartphones instead of distributing tickets with barcodes. This practice ensures every single ticket is tied to a real person so that scammers cannot just send over screenshots of fake tickets where the barcode does not work.

Like with other industries, several ticketing platform start-ups utilizing blockchain technology have emerged over the past few years. Ticketing titan Ticketmaster even acquired one such start-up named UPGRADED in 2018. Ticketmaster claims that “UPGRADED converts traditional tickets into secure interactive digital assets protected by blockchain, providing event creators with more control and visibility over ticket distribution, and protecting fans against fraudulent tickets.” Blockchain ticketing is still in its infancy, but the music industry is certainly trending towards utilizing the new technology to create a better fan experience for all.

Want to Learn More About How Blockchain Operates?

Blockchain is certainly a difficult technological concept to grasp. Thankfully, Reuters published an informative and easy-to-understand interactive website to help people understand what blockchain is all about which you can find here.