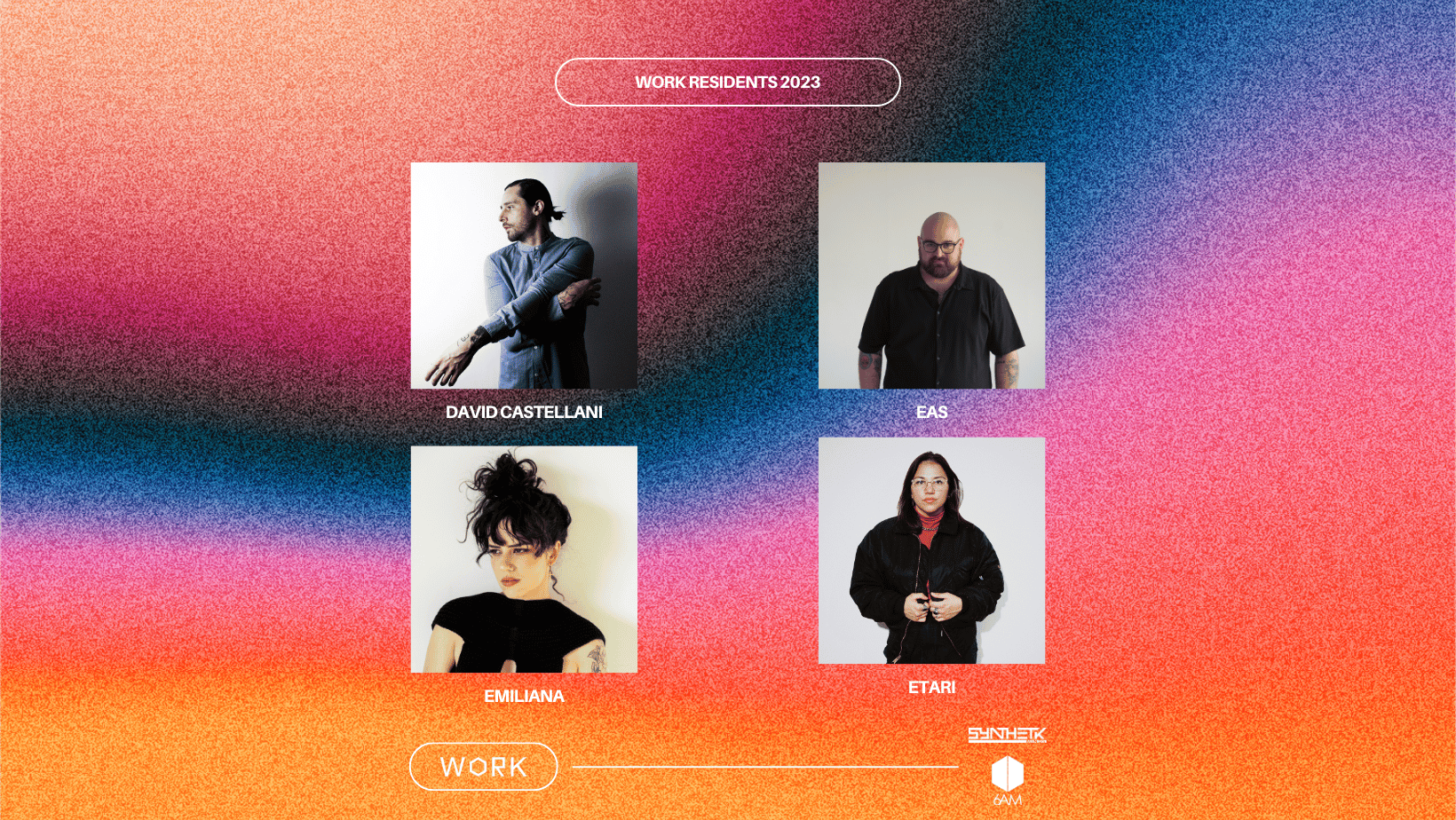 2022 was quite the year, wasn’t it? Amongst all the things that we were able to do, with your love and support, was the launch of the first-ever WORK residency.

In December last year we announced the launch of our residency program, enabling us to provide a platform for a roster of incredibly talented Los Angeles-area based acts to flex their muscles and show the city, and the world, just how good LA’s techno scene really is.

It was our honor and pleasure to invite Annika Wolfe, Selective Response, Trovarsi, Secus, Stephen Disario and JIA as our first residents, and to see them in action behind the decks at WORK and/or RE/FORM.

I want to thank each and every single one of these fantastic artists for the incredible work they put in on their artistry this year, and for their contribution to our community

As we close chapter on 2022 and ready to write in the pages of a new one for 2023, we are incredibly excited to invite four new talented artists to the WORK family as official 2023 residents: 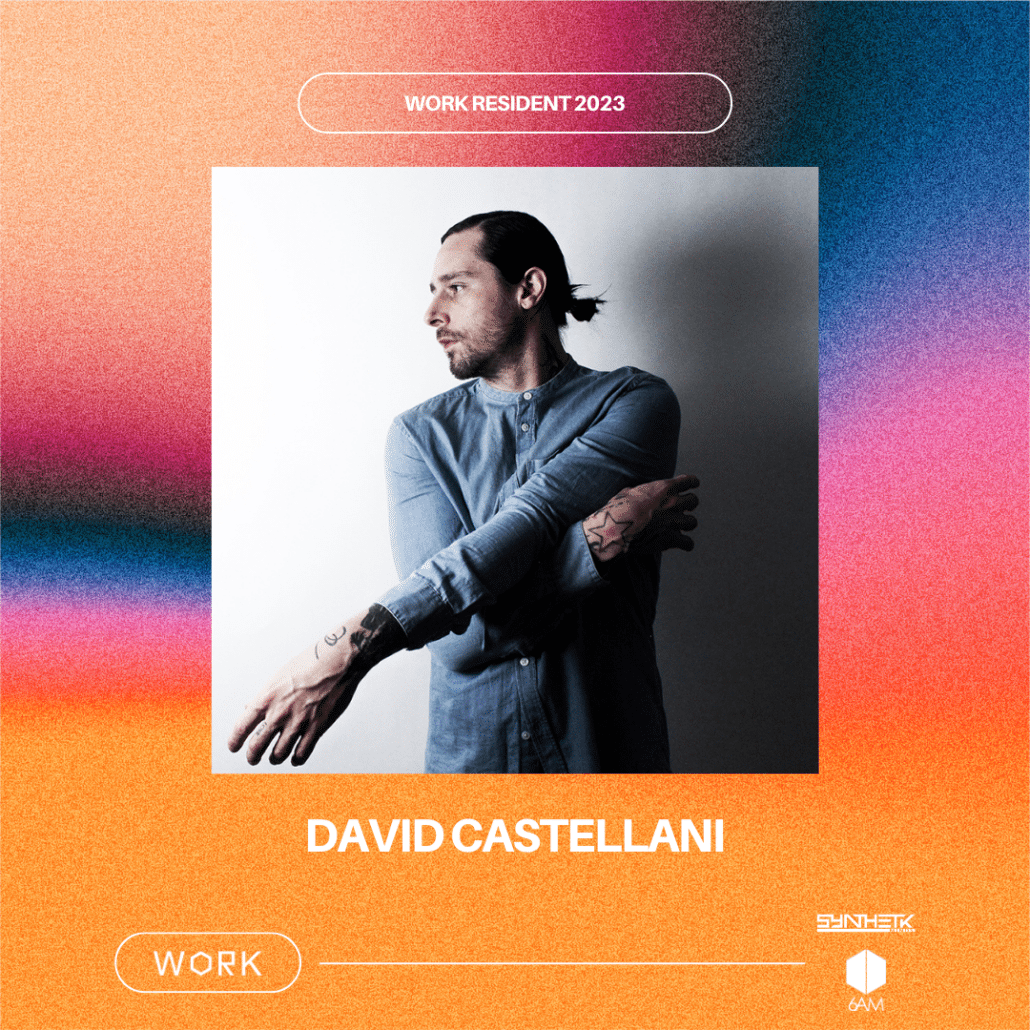 David Castellani is a techno producer and modular synthesist with a main focus on peak-time, dance floor-driven tracks.

David’s sound, fueled by an array of analog hardware, showcases the intricate aspects of modern music production, while staying true to the fundamentals that inspire you to let loose on a dark warehouse floor.

Italian-born Castellani moved to Chicago in his early years and began his musical journey as a percussion player focusing on jazz-fusion. After an extended focus on classical training, David began pursuing electronic music production which led to a catalogue of releases, collaborations, and remixes by respected artists like Superfreq boss, Mr.C.

Outside of music, you can find David digging into the many facets of design as the co-owner of the art-driven fashion line, After Infinite, as well as, partial founder of the new modular synthesizer company, Anti-Kulture. 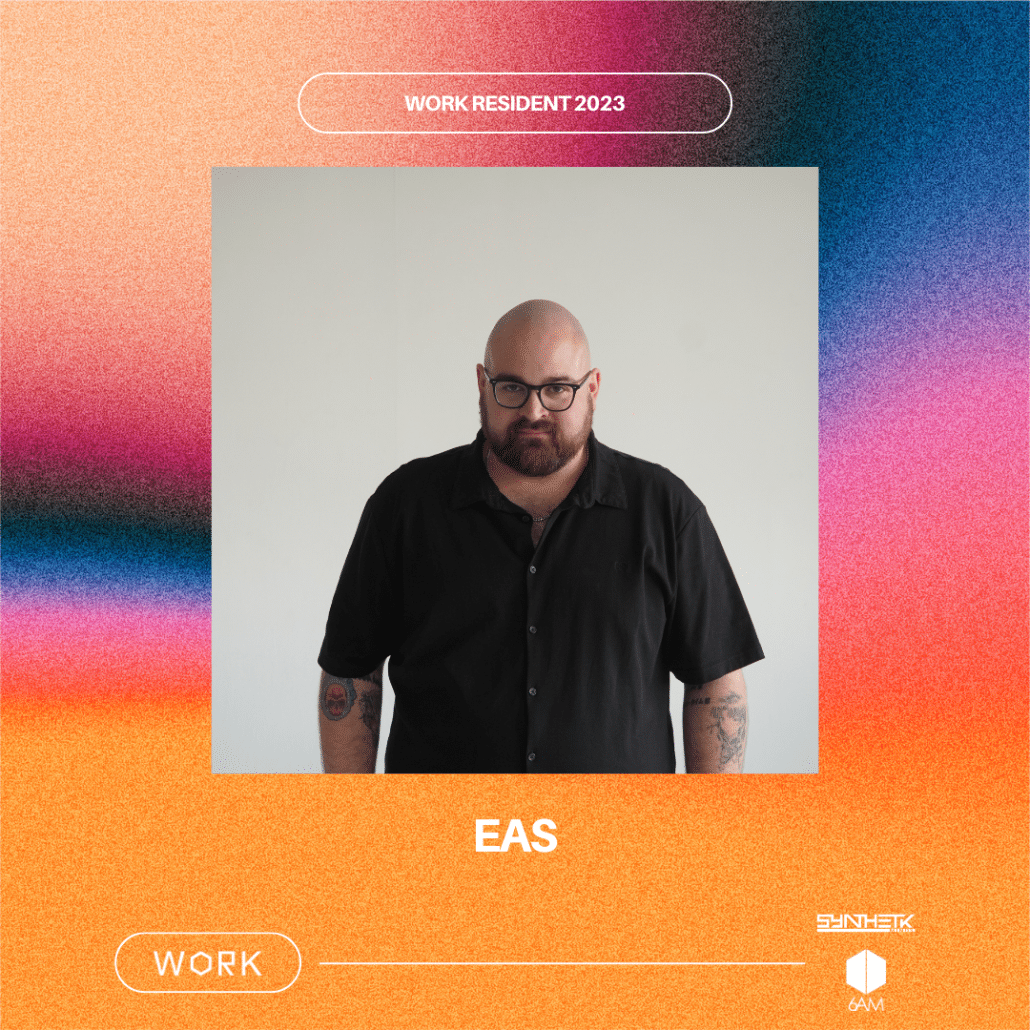 EAS is a fast-rising Techno artist who prides himself in eclectic, multifaceted stylizations on the decks, and in the studio.

EAS Is a Southern California based producer and co-owner of Tympanum Records. Involved in the ever-growing Los Angeles Techno scene, Emmanuel Andreas Santamarina is an artist well known for developing industrialized, monstrous noise, contrasted with his eclectic tastes and stylizations, with releases now out on Perc Trax, Clergy and Soma Records.

EAS has been supported by many substantial figureheads in the community, including people such as Perc, Manni Dee, Ghost In The Machine, Cassie Raptor, SPFDJ, Rebekah, Paula Temple, Slam, Somniac One, Cleric, Arjun Vagale, and Sara Landry.

EAS grew up loving the stylizations of artists such as The Eagles, Pink Floyd, and America, eventually gravitating towards the newer sounds of Heavy and Progressive Metal., accompanied with a young love for The Gorillaz, Daft Punk, and Justice. Throughout his college years, however, he gravitated towards  the sounds of Trance music, which lead to a love for Industrial, and then eventually, Techno. The sounds of MORD Records, PoleGroup, and Perc Trax eventually inspired him to start producing, and thus started his journey toward the Los Angeles Techno scene, one that has recently hit the ground running in the underground community. 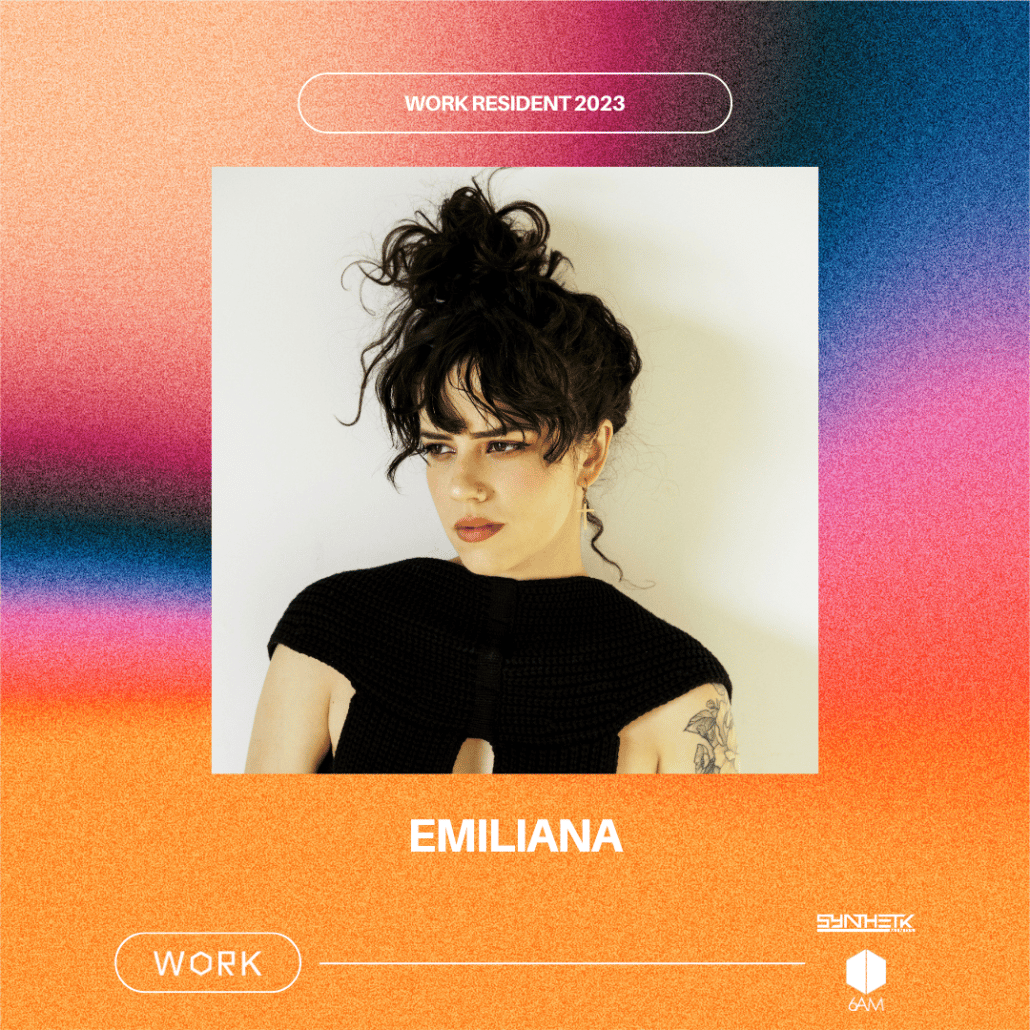 Her productions intrigue listeners through sounds of pleasure and emotionality while honouring the duality of darkness and light.

During her performances, EMILIANA unveils fast, unrelenting hard kicks and body-moving grooves. She creates a transcendent space, inducing amicable exploration of body movement, together, through the act of intense dance.

Between her passions of production, performance and running CTHRTC Records, EMILIANA has gained an ample amount of support from artists like Cassie Raptor, Paula Temple, Dax J, 6EJOU, Sara Landry, and more. 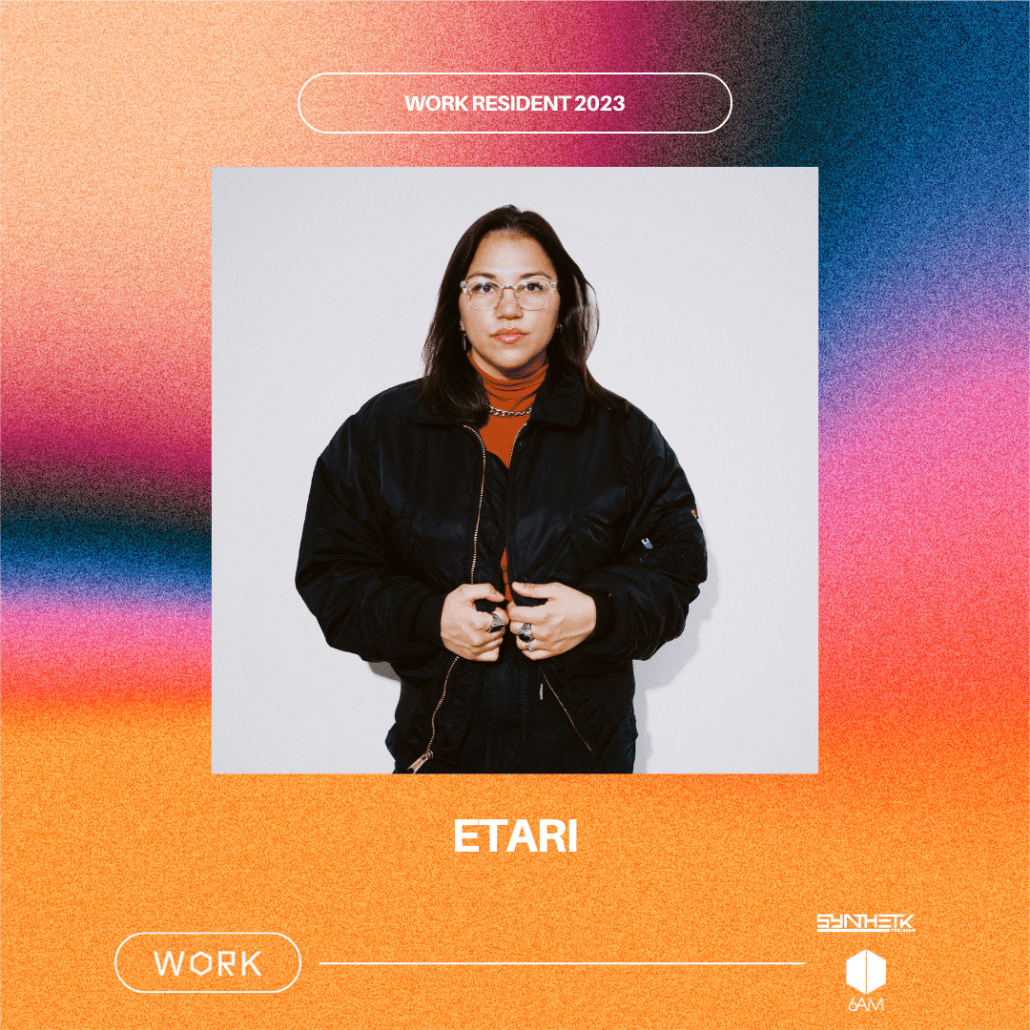 Based in the eclectic, high-paced city of Los Angeles, Etari is a DJ and music producer that fuses her love for all sounds varying from fiery bangin’ electro and techno, to high-energy breaks and jungle, you name it, she plays it all.

With vibrant visions of pursuing her passion for music, she taught herself how to Dj at the age of 16 when she first started mixing with CDs.

A decade later, Etari is now playing some of the most renowned parties all over Los Angeles like Lights Down Low, Evar Records, Incognito, Fast At Work, and many more.

Her talents have also gone international, where she’s gotten to play in CDMX for Electro Boogie Bot’s residency at Saturday Saturday, as well as playing her debut set at the one and only HÖR Berlin.

We can’t wait to unveil everything we have planned for 2023, and look forward to sharing the journey alongside our new residents, while also still supporting and featuring the 2022 residents on our lineups.