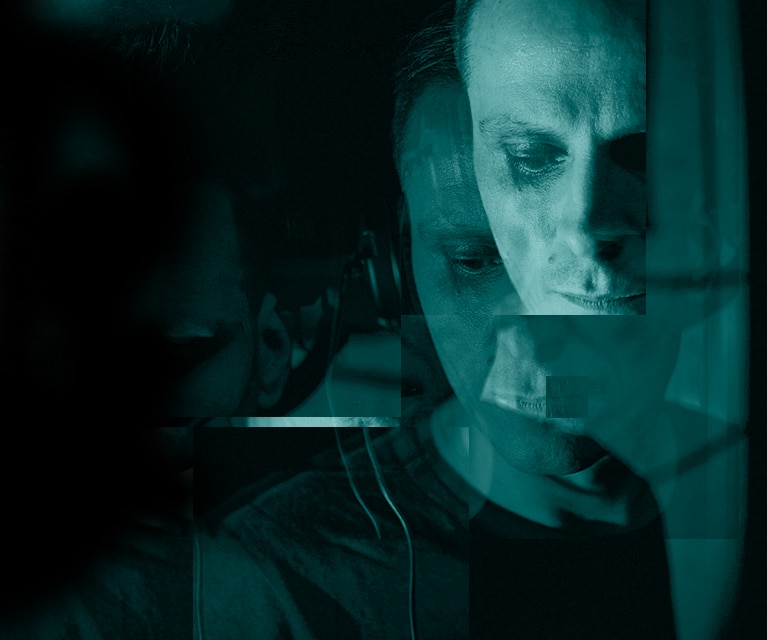 Kike Pravda delivers a strong contribution on the seminal Semantica Records label ran by Svreca as reveals the face behind his S.E.R.E.S. alias.

The Kike Pravda production resume includes releases on Oscar Mulero’s Warm Up Recordings and PoleGroup, Semantica as well as Childen Of Tomorrow, Faut Section, Clergy and his very own Senoid Recordings.

All of this on top of his own releases on Senoid, the label already counts an illustrious cast of artists for its releases, including Ben Sims, Oscar Mulero, Exium, P.E.A.R.L. and Svreca. His productions and well-curated sets have seen Kike perform in some of Europe’s leading stages and rooms, including Tresor Berlin, Razzmatazz in Barcelona, Fabrik in Madrid, Propaganda in Moscow, Liquid Club in Malta, Santander Summer Festival in Spain, Zodiak in Brussels, and more sharing the stage with world-class artists like Oscar Mulero, Ben Sims, Reeko, Exium, Jeff Mills, Dave Clarke, Regis, James Ruskin, Luke Slater, Takaaki Itoh and Surgeon.

We spoke to kike Pravda to learn more about the S.E.R.E.S. project and his goals with it.

Listen to Kike PRavdsa debuting his S.E.R.E.S. project on Semantica:

Hello mate, very nice getting to speak to you today. How has your 2021 been so far?

Hello and glad to speak with you as well.

Well 2021 it’s being a bit busy with long seasons in studio looking for new sounds for my next productions.

Where in the world are you located these days?

It’s been hard without parties this past year, but we have managed to push through and get to where we are now. How have you kept busy during this time?

Yes not easy to keep busy and not think about it but I decided to make my own podcast series Tansitions Mix with visuals and it kept me really busy learning and playing around with video edition, and with the studio time i found a good way to kill the time.

I hear you’re debuting a new project called S.E.R.E.S. Can you tell us a little about how that idea came about?

Actually is not a new proyect, as I released in 2017 in AINE (sublabel of Polegroup), 2018 in Polegroup and ENVRA (Sublabel of Semantica) in 2019. But I preferred to keep it in secret and let the music talks.

The idea came because I had some stuff reserved time ago for another project in mind. And when Aine label asked me for something different from what I used to do I thoght it was a good moment to start it.

What is the goal with this project and how does it differ from the work under your name?

My aim is to make something different in the sound using same machines in different way than I usually do.

It differs from the other work in the textures of the tracks and I use more modulations to make it more deep and hypnotic.

What releases do you have coming up as S.E.R.E.S.?

I have a new track for Semantica for this summer in a compilation of variuos artists. Also I want to release a vinyl ep this year in Senoid Recordings.

Do you plan to tour under that moniker?

Why not! Would be interesting,

Do you see your priorities shifting now that you have this new project to work on?

No, my priority is find more time for both works (laughs).

What else are you keeping busy with these days, other than music of course?

Finishing some pending series and films.

What is your favourite dish? Have you gotten into any more cooking since the pandemic?

A good baked fish is one of my favourites. I cook the same as before.

Summer season is close so its time to get the bike!

Tell us something not many people know about you!

Kike Pravda aka S.E.R.E.S. “Cosmic Noise” is out on Semantica and available HERE