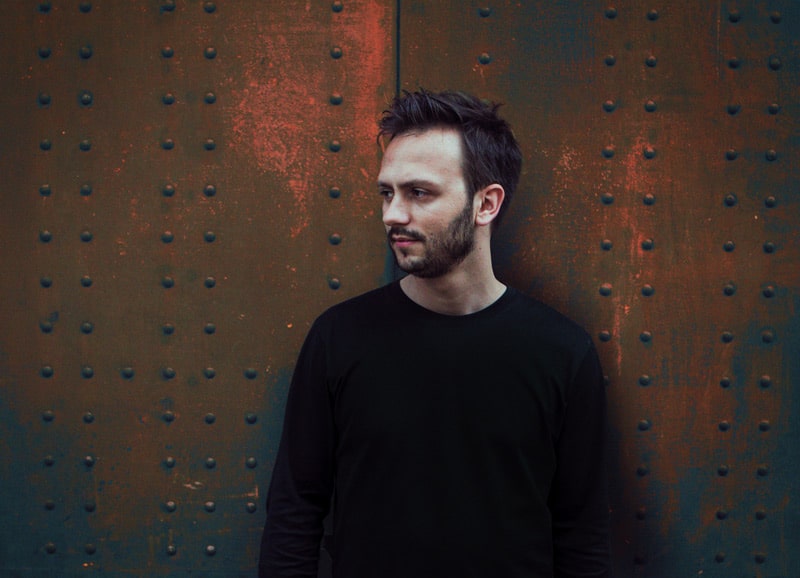 Earlier this month Swiss based and Kosovan born DJ/producer Sabb introduced his debut album, entitled Radiant, to the world. Released on a new imprint under the same name, Radiant offers a dynamic mix of colourful and unrestrained club music; immersive, nuanced and transformative.

Sabb is respected in the underground house music circuit by peers and fans alike, thanks to his skillful productions and aptitude behind the decks. From calling labels like Moon Harbour, Circus, Saved Recordsand Noir Music home to fueling the world’s most iconic clubbing spaces Sabb has fast become one of club music’s most respected figures. The last two years have promised exciting things to come; Sabb featured in Mixmag’s top 100 tunes of 2015, was one of the most charted artists on Resident Advisor and he has played everywhere from Space Miami to Blue Marlin in Dubai while holding down a residency at Pacha. Few producers have done enough to inspire a whole genre alone like he has with his deep, hypnotic and unmistakable groove and his sets always pronounce the same kind of energy.

We took the chance to have a word or two with Sabb to dig deeper into his life in Switzerland and what he gets up to outside of the studio. Read on for the interview and head to Beatport to check out Radiant.

Hello mate, congrats on the launch of the new label! What prompted the decision to start the career of label owner?

Hello and thank you! I already owned a label before and still do run it on the side with different style of music. Decision came after I thought of where I should release my album, I couldn’t come up with one suitable label for it in my head that would be a great home. There it was born.

You have released on some great labels. Are there any in particular you take inspiration from?

All of them are a inspiration on their own, Saved, Noir, Moon Harbour… they all helped me grow as an artist. It’s inspiring to see how much more they can grow and the changes they do musically.

The launch of the label is marked by the release of your new album, Radiant – where does the name come from?

Radiant means something bright. When I close my eyes and listen to the album I see light, happiness; it gets me to a place where I have never been before. It’s Radiant.

Can you tell us a little about the journey of making this album, and perhaps of the album itself?

I started the album early in 2017 and produced the music in different kinds of environments. Some track ideas where made on a plane, some on a boat while relaxing on the lake, and of course in the studio. It’s been a crazy journey having just become a father for the first time – this has meant being a daddy and being on the road as well as producing the album. I would have days where I am 9am to 11pm in the studio and have done literally nothing and then days where my phone was out of service and didn’t work and I produced ‘Motherlove’ from beginning to end in three hours. The inspiration came mostly from my two ladies; my girlfriend Sophie and my daughter Leana. It’s definitely been a wild ride doing this project. It has also marked my tenth year in the music industry as an artist.

Did you discover electronic music in Kosovo?

Yes, at Spray club in Prishtina during my teens.

How is the scene there?

The scene is difficult, a lot of commercial R’n’B/hip-hop clubs and parties and from time to time there are some great house/techno parties. It definitely was better in the 2000s where all of the big names would come to Prishtina.

Do you ever go back? What do you miss about home the most?

I do for shows and to visit my family. Definitely my family, they all live down there.

They are both amazing! Can’t say which is better, Swiss food might be tiny bit healthier and the Kosovo food maybe tiny bit tastier (laughs).

Do you yourself cook?

Yes I do but not as much as I would like.

There’s too many! One of them which I love to do as it’s fast and delicious would be spaghetti with just garlic and olive oil, pepper & salt.

I love the mix of old and modern combined.

The World Cup is coming up, who will you be rooting for?

I used to love Germany before, but now living in Switzerland I guess I have to root for Switzerland (laughs)! I just enjoy watching football, I don’t specifically support one country at the World Cup anymore.

Do you support any clubs or follow any specific Leagues?

Yes I have been a Borussia Dortmund fan for twenty five years now.

What do you get up to when you’re not in the studio?

My daughter, she wakes me every day at seven and as we live close to the lake we spend the day together by the lake or zoo.

If you could suggest the most beautiful place you’ve seen in Switzerland, what would it be?

That would be when I climbed “Der Grosse Mythen” with my friend, it was about 2000m above sea level. The views from there are breath taking.

Switzerland is famously known as a neutral country. Do you feel you keep a neutral position on things or are you fairly opinionated?

I can also be neutral to be honest yes. However I used to be fairly opinionated (laughs).

What can we always find in your touring bag?

If there’s one gig you could choose to play this year, what would it be?

Can’t name one in particular, but some of my favorite gigs are in South America. The atmosphere there is just unreal. Maybe club Vibe in Curitiba, Brazil.

RADIANT is available on Beaport