Shadow Child on Cooking, Balancing Family Life and the DJ Life, Cats and “The DBG” 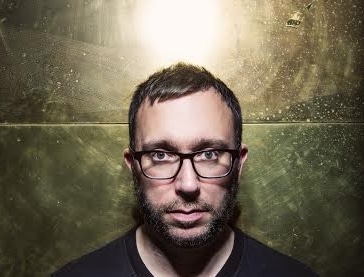 Shadow Child on Cooking, Balancing Family Life and the DJ Life, Cats and “The DBG”

Having an already genre-bending catalogue of original works and remixes, Shadow Child’s music has recently hit labels such as Unknown to the Unknown, Ovum and Super Rhythm Trax. He also has a bi-weekly radio slot on Rinse FMshare a Wednesday slot with Mall Grab, and has graced the airwaves there for over 6 years. The acclaimed “Curated by..” project on his Food Music imprint this year, has so far seen him pull together remasters and brand new reworks of defining classic tracks by Zero B, SL2, Xpansions and Bump, not only by himself but with Krystal Klear, Rebūke, Jerome Hill, Chambray, 2 Bad Mice and many more. Added to this, he’s recently pulled back the curtains to reveal his ‘Polymod’ moniker, releasing on labels as forward-thinking as Dusky’s 17 Steps and Catz ‘N Dogz Pets Recordings.

We grabbed an interesting chat with man-of-the-moment (and when isn’t he?) to talk about this latest release and life at home.

Pleasure… 2019 has been a bit mad, I stepped back from touring a little whilst we did a huge renovation project on our new home, which meant I had no studio to work from for 6 months as I work from home. I was set back up in June though and it’s been like the floodgates have opened musically. I was worried that my new space wouldn’t be right – It takes time to get used to it creatively and the sound too – but it’s quite the opposite.

Having the space away from touring hard has meant I could concentrate on my production and positioning records where I wanted them. I have 2020 wrapped up musically for Shadow Child and almost for my new Polymod project too.

What’s been the weirdest thing that has happened to you this year?

I guess this isn’t that weird, it’s a privilege, but working on my ‘Curated By..’ project on Food Music has been like an out of body experience personally. We’ve licensed some hugely influential music from the 90-92 era.. tunes that are a massive part of my roots, so getting to liaise with those original artists (heroes!) and getting our hands on the original parts from such iconic music for the reworks has been a dream, and very surreal. We also made short films about each track and it will continue into 2020 too. It’s a positively-weird one for me, and has made me see those tunes in a new light – SL2 ‘DJs Take Control’, Xpansions ‘Move Your Body (Elevation)’ and Zero B ‘Lock Up’.

You just dropped a massive single, “The DGB,” which has been getting huge support. can you tell us a little about the track and how it came about in the studio?

Thanks.. it came from DJ Haus and I hanging out early 2018 and recording some mad noises from his Eurorack modular to mess around with. He’s a super relaxed lovely guy so I just got straight into making some beats and the first version was just like a DJ tool really. I came back to it and added the bassline and it was a slammer for sure, but didn’t feel like a record that represented either of us.

It wasn’t my sound or his at the time. As time passed I kept coming back to it and sent it to Erol Alkan. He liked it but wasn’t able to do it on his label so I started thinking what would be the maddest place a tune like this could be, and I sent it to Jamie Jones. Hot Creations like to make bold statements with some curve-ball tunes as well as the solid run of house they always do, and I knew (after them releasing ‘Along Came Polly’) they’d dig this one. Jamie was positively straight back to me and now here we are. Now it’s out, people say I’m channeling my inner Dave Spoon, which I never gave a thought to before, but it’s close to the Electro-House thing I used to do for sure – ‘Get Busy’ too.

Mark Broom provides a remix for it, do you two go back a long time?

I don’t know Mark but we’re just getting to know each other a little through our contact during this release and he’s someone I always had huge respect for.. it seems he does for me too, which is an honour! He’s a lovely guy and he stays in touch with any developments concerning the whole release – not just his remix – it’s an honour to have him remix something of mine.

What other release projects are you working on for 2020?

Well… I’m in the zone of throwing curve-balls at the moment and loving it, so the next few releases may surprise a few people as it’s musically touching on the mid-90’s Belgian/Dutch era. I guess it’s Proto-Trance almost.. think melodic techno but with that R&S sound, not Trance as we know it became. I can’t sit still on one sound for very long, I get bored in the studio otherwise and although it’s pretty far removed from the beginnings of Shadow Child, it’s the natural next step after ’The DBG’, and I’m absolutely loving making the music, using authentic equipment from that era and combining it with today’s production.. so much fun.

There’s also more Polymod material coming on Dusky’s 17 Steps label, and I’m actually just launching an online Music Mentoring service – oneforthenerds.com – for up and coming producers too. It’s a development thing and not for beginners really… I’m passionate about helping people take the next steps with their music, and it’s not just about the production. Buzzing for 2020!

I saw a pic on your IG of you making pizza with your daughter. Do you cook a lot?

I love to cook, although I’m not amazing, yet! It’s been said before by DJs that there’s parallels with the studio and a kitchen, so I guess the process is similar. I want to learn more though, we have a great new kitchen in the new house and it was always on my mind to create in there too. My wife’s family is Greek so family feasts are high on the agenda and I want my daughter especially to feel the vibe from great food and great company.

How is it juggling being an international artist of your stature and fatherhood?

Yeah it’s completely flipped the vision for my career on its head now to be honest. Both roles are a huge privilege and should never be taken for granted, but fatherhood and family comes first. Without a stable home life it’s hard for me to be creative, personally. Some people need dramas in their lives to be creative, but for me the smoother the ride, the better I can be.

Relaxing the demand for touring is a strategic thing for me, I want to be around at home for my daughter and wife too… hence starting the Music Mentoring to allow me to take the pressure off constantly filling the tour diary. The industry is in a place of change at the moment too though, with the potential to earn big from your music again without cramming in gigs, so that’s my vision now. I’ll always DJ, I love it as I always did, but leading a balanced life for the benefit of my loved ones especially, is key.

Is that your cat we see in some of your pics? What’s his/her name?

Ha! We have 2 – Ginge and Harry – Ginge seems to get a lot of IG love though as he’s a bit portly but also a pain the ass, so like most things on the internet, don’t always believe what you see!

Do you feel like you’re the human version of your cat?

(laughs) No way! They both feel like they’re cat versions of us.