In Inteview with Ruede Hagelstein 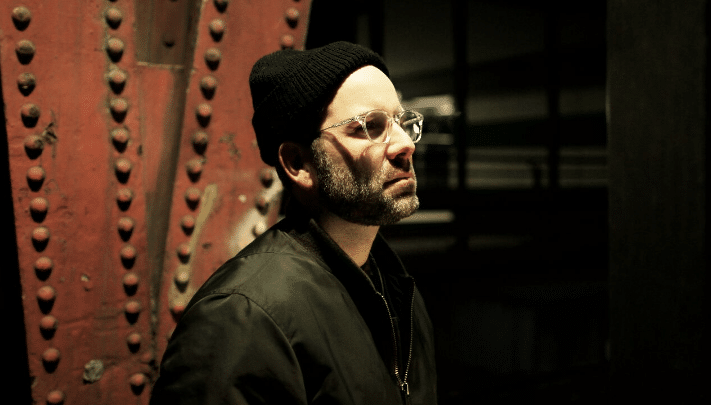 In Inteview with Ruede Hagelstein

Raised in the suburbs of Berlin, Ruede Hagelstein is a German producer, singer, songwriter, and DJ who later moved to the German capital at the age of 20.

A younger Ruede sang in a choir, tortured his guitar, and dreamed of having a rock star career. Instead, he started DJing in the late-nineties at the renowned Berlin club Tresor. While his DJing career progressed, Ruede was also an editor for various nightlife and music magazines: Groove Magazin, FLYER Magazin, PRINZ Magazin. His time spent as an editor brought him closer to the heart of the dance music scene, which led him to co-found restrealitaet.de – a Berlin-based web platform covering the local underground techno scene.

In 2006, Ruede earned an Audio Engineer Degree at the SAE Institute and became a resident DJ at Watergate, one of Berlin’s most popular clubs. The first tracks Ruede produced got signed by big labels such as Kitsune, Eskimo, and Cocoon. Soon, Ruede found himself co-producing with other major artists, composing music for commercials, and scoring “The Wyld,” one of Europe’s biggest musical productions.

He now has numerous releases that are housed on labels like Watergate Records, Upon You, and Souvenir. He is also widely known for his remixing skills, which have been requested by powerhouse record labels like Get Physical Music (Germany), Bedrock (UK), Culprit (US), Suara (Spain). Parallel to his electronic music career, Ruede has formed an indie-electronica band called “Ruede Hagelstein & The Noblettes” and founded his own mixing studio in Berlin, where he works with diverse artists like the Adana Twins, Move D, Tiefschwarz, and many more.

This weekend New York City event purveyors The Cityfox Experience are pleased to present the debut of Cityfox LIVE on Saturday, February 16 from 10pm to 4:30am at East Williamsburg’s multi-room event complex, Avant Gardner. The first of its kind concept to take place in Brooklyn, Cityfox will welcome leading live house and techno acts presenting a number of never before experienced live audiovisual sets, exclusive premieres and U.S. debuts from Âme LIVE, Stephan Bodzin, Octave One, Giorgia Angiuli, Johannes Brecht, Rodriguez Jr. & Liset Alea present RJLA, and of course Ruede  Hagelstein amongst others. 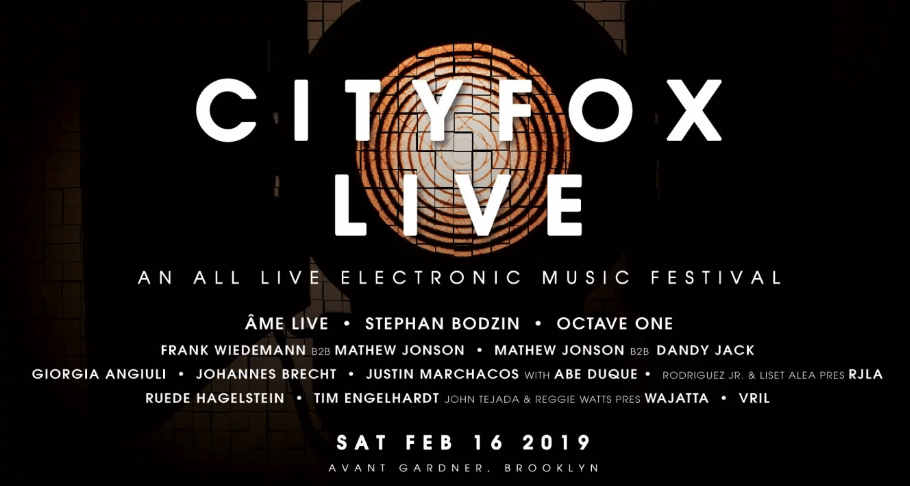 We took the time to chat with Ruede ahead of his stop across the pond to perform at Cityfox LIVE on the weekend.

Thanks for taking the time to speak with us Ruede. This isn’t your first time playing a Cityfox event. What is it that you like about playing their events?

The production is always amazing. From lights to sound — everything is rightly placed. Next to this the crew is always welcoming, they’re really great. I always like playing for their audience as they’re pretty open when it comes to genre styles. I feel able to express myself here and New Yorkers are really interested in my music.

How do you find the vibe playing in New York and the US compared to in Berlin and when you tour in Europe?

We have a lot of clubs in Berlin all with different vibes that attract a different crowd and there are even more clubs throughout Europe again. There is one big difference to most of the US places in comparison to Berlin — because we have no closing hour or alcohol restrictions. So some parties just go for days. We have more than 100 techno clubs here; every day there is a techno party you can attend. You always see people coming and going from these parties on the streets of Berlin.

Which artists are you most looking forward to seeing at Cityfox LIVE?

I hope I will make it to Âme vs Mathew Jonson.

Talk to us about your live set-up. What pieces of equipment are on your tech rider? How does it differ to your studio set up?

I try to travel light so I don’t bring my Moogs on stage. I use Ableton plus controllers to fire up loops and sounds to add FX – I also have my TR8. In addition to all that, I always bring some extra beats and improvisations.

What are some of your favorite pieces of equipment that you just can’t make music without?

Tell us about your new EP ‘1004’ coming out on March 1. We read that each release on your imprint DUAT FOLKLORE is inspired by an Egyptian hieroglyphic. What is it about Egyptian culture that you find inspiring and/or intriguing and how do you incorporate that into the music?

First of all, my partner Amin Fallaha is half Egyptian. He came up with some ideas for a label name one of which is DUAT — meaning the ‘afterlife of the pharaohs.’ I loved it so much we decided to used it as the mystical meaning really fits our music. We also thought it would be nice to have every release related and fitting to an entity of the (ancient) Egyptian culture as it’s a never-ending source of symbols (meaning hieroglyphs here). For this release I decided to also add some Arabic influenced melodies. That’s not a must for every release, but I love those scales and folkloristic elements — that’s what I’m really vibing right now.

You have a remix coming out on Anjunadeep for Yotto. How did that collaboration come about?

Anjunadeep just asked me to do a remix. I did not know Yotto. But I played accidentally after him at Watergate. We didn’t know each other and he seemed pretty surprised that I played my remix of his track in the club. I had the first bounce of the track in my pocket to test it on the floor for the first time.

We also read that you were once an editor of some pretty cool magazines in Berlin. What made you decide to make the leap into music full time? Do you still write sometimes?

Working as a nightlife and music editor brought me closer to the scene. I moved to Berlin in the late ‘90s out of the tristesse of the suburbs. It was very inspiring to do interviews with some of my heroes like Underworld. I quit my job as an editor when music became a full time thing. While I was working at the mag I also studied audio engineering which led to a career in music that was more full time. I recently started writing a book about nightlife, being a dj and traveler. It’s a bit of a ‘tour’ diary with a comedic view on things.

If there was one piece of advice you could give to yourself when you were starting out producing music, what would it be?

Take your time, don’t be lazy, watch tutorials, meet other artists. Also don’t take yourself too seriously and reduce things to their essence.

I have a few very interesting remix requests which I’m sorting out at the moment. There is a collab with WhoMadeWho out in May on Watergate Records and I want to compose a bunch of tracks to send out to labels that I haven’t previously released on before. I also want to focus on my label DUAT of course. We have so many records to release this year which I’m really excited about. There’s a lot coming up to look forward to!