The Rise of Enzo Siragusa and Fuse London 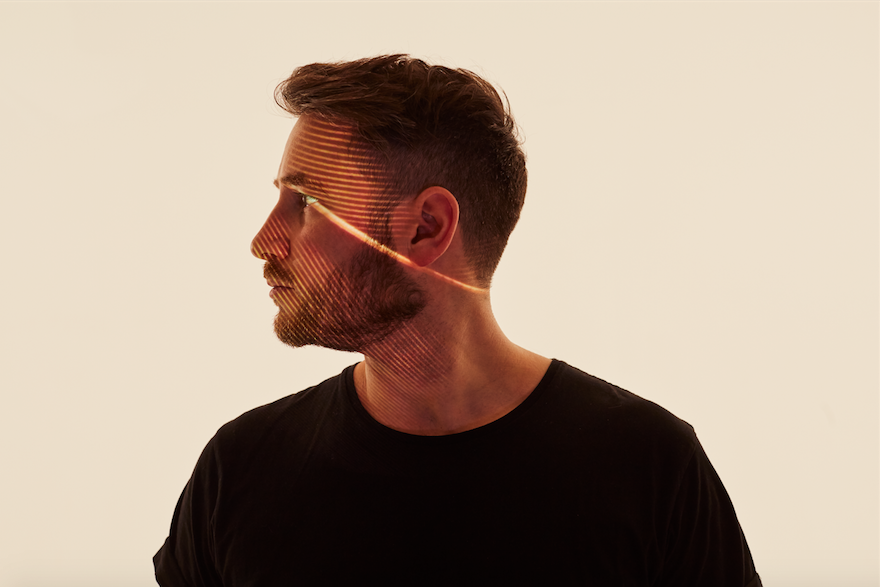 The Rise of Enzo Siragusa and Fuse London

It’s been 8 years since Enzo Siragusa founded Fuse, a London-based event series and record label that has now carved itself a firm spot in the worldwide techno and house movement.

His love with electronic music began much earlier than that when, twenty-years ago, Enzo began DJing for the first time. What followed was years of hard work,  and an organic approach and dedication to his craft that ultimately laid solid foundations for himself and Fuse to now be reaching the global status they find themselves in.

2016 was possibly his biggest: Fuse was voted best UK club night in the DJ Mag best of British and the event series secured a 5-date residency at the iconic Amnesia Ibiza, Enzo himself shot up 26 places in the RA Poll to number 36, he was voted one of Mixmag’s stars of the year and, to top it off, he made his debut Essential Mix on Pete Tong’s famed BBC Radio 1 show.

We are not halfway through 2017 yet and the momentum continues for Enzo and Fuse. FUSE London was nominated as one of Mixmag’s ‘Label of the Decade’ and the FUSE London events just announced their second year residency at Amnesia Ibiza this summer as part of a collaboration with HYTE.

6AM caught up with a busy Enzo as he readies to get on the road for a North American tour that will see him visit Miami, NYC, San Diego, Los Angeles, San Francisco and Toronto, in Canada. 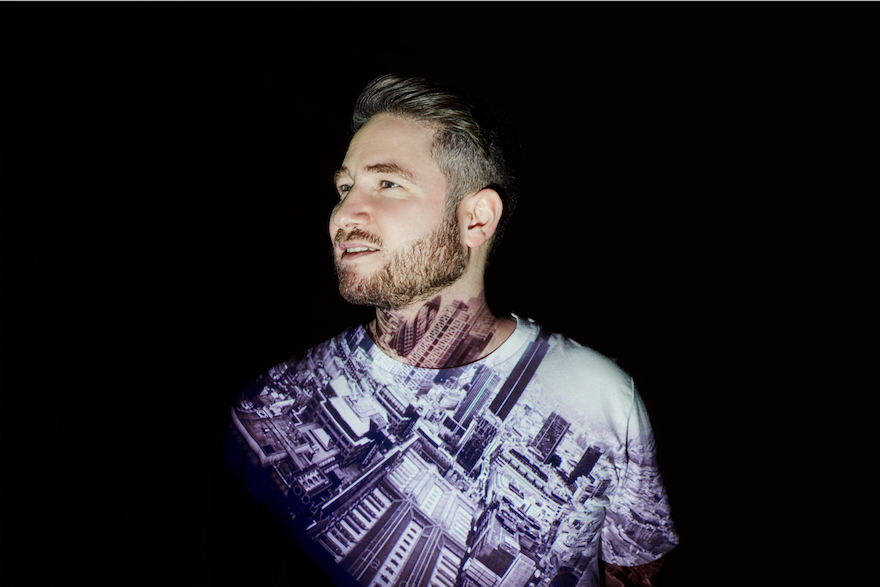 Ciao Enzo, thank you for finding some time to speak with us, you’ve been quite the busy man in the past year! Do you ever sleep?

Not much these days! Although I have managed to make a holiday out of my US trip next month and will no doubt be getting some rest and beach action.

Joking aside though, how do you keep going with so much on your plate, any secrets we should know of?

I try and sleep as much as possible between gigs, and I’ve become a pro at sleeping on planes. I also try and fuel the rave with some degree of healthy food where possible, it’s very easy to easy to eat rubbish at airports etc.
when on the road. Honestly though, the main thing that stokes the fire, is that I love what I do.

Your personal DJ profile and the Fuse brand have had a huge 2016, crowned with your Essential Mix debut. What was your favorite moment of the year personally?

There was so many in 2016 it’s hard to nail it down to one. I would definitely say the Essential Mix, as it’s something I’ve grown up listening to and is a big part of my musical history. Closing the Amnesia Terrace after Loco Dice was also a massive highlight. 2016 was also the year I started to tour worldwide, and after investing so much time in London and doing my thing there, it’s a huge honor to receive those accolades on a global scale.

You started the year super strong: FUSE was nominated as one of Mixmag’s “Label of the Decade” and your events earned a second year in a row residency at Amnesia on a collab with Hyte. What are your goals for 2017?

As with every year – more of the same. To experience different scenes and dance floors worldwide. It’s always a welcomed challenge when you play in a new venue or country. You have to choose the correct tracks to fit the mood of the room and vibe of the crowd. Track selection and delivery is something I really take pride in, and I believe it is a key element to the art of being a great DJ.

Building your Fuse London brand to such strength is quite the feat considering the competition in London with so many great clubs and parties, and the hardships the nightlife scene can face sometime. What have been some of your successful actions as a promoter to keep the party fresh and so well respected throughout all these years?

To acknowledge that change is not a bad thing. We had a club shut on us because of London politics, and we had to uproot and move on. When there are bumps in the road you’ll often find that new opportunities present themselves and this is what happened when we moved from 93 Feet East to Village Underground. We have always focused on our core strengths, and I think that has seen us through the hard times and gained us the respect. Delivering quality parties week in week out, and in turn that has gained us the loyalty of our crowd that go to our events in the UK and beyond.

You’ve built your reputation as a DJ thanks to your crafty track selection skills. How long do you spend a week listening to new music?

I buy new records every week, but that doesn’t necessarily mean it’s new music. The majority of the tracks I buy tend to be older. I’m not one of those DJs that will worry about getting a record before someone else, and I’m not spending all day hunting for new music before anyone else has got it. It’s the way you deliver that track, how you play it, when you play it, whether it’s old or new doesn’t matter to me.

The majority of the new and unreleased music I get is from the FUSE DJ collective, and this is where I like to invest my time when listening to promos. I also spend around two days a week in the studio myself making music.

Do you go into record stores to find gems also?

I’ll be honest. I do most of my record shopping online using Discogs. Of course I like to get to record stores when I can, you can’t beat the physical element of digging for records, but it’s not very often these days, as my schedule doesn’t allow it. Sadly most of my favorite record shops in London have now shut down also. 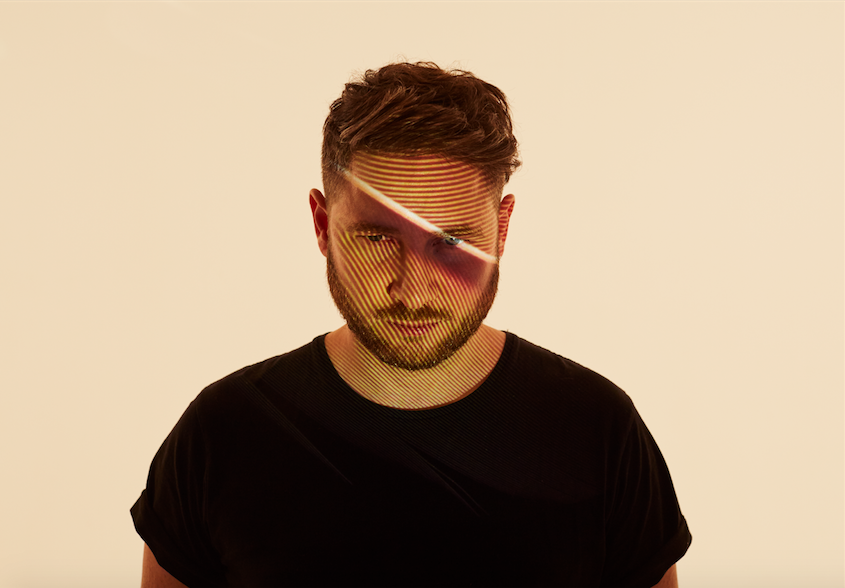 Can you name us your three favorite tracks at the moment?

There is a mysterious hand stamped vinyl I got called URGENT, loving playing that out. Cristi Con’s remix of my Little Angel track which will be out next on Fuse London and DJ Slipmat Ptrance.

I imagine you get sent a ton of demos and with the role of record labels being questioned recently, I would like to ask you an important question: as the head of FUSE what is your advice to producers when it comes to submitting demos?

Firstly, you should always think about the label that you are sending it to. Personally, I look for a clear A-side that has that special dance floor moment, something that’s going to make it’s mark in the club. For the B.side I look for something that can be listened to away from the dance floor, a complete alternative. That’s is how I have always tried to structure my EPs.

Who are two up-and-coming artists we should be listening to?

The OdD lads, relatively new to the Fuse crew are coming up with some incredible music at the moment. Damian from OdD is our production guru, a real old-skool studio head! Fabe from Manheim in Germany is another one to keep an ear out for, he’s making some incredible music.

What’s your favorite club to play?

The home of FUSE in London, Village Underground.

You have a four-date U.S. tour coming up. What are you looking forward to the most on this trip?

I am driving from San Diego to LA and am really looking forward to exploring the west coast, which I haven’t been to in many years, and seeing lots of friends and family along the way.

Any plans to bring the Fuse Event brand out here for a showcase any time soon?

It has to be the right setting. If I find the right scene and venue that suits the vibe of the FUSE, and of course the right sound system, then yes I am open to a US showcase.