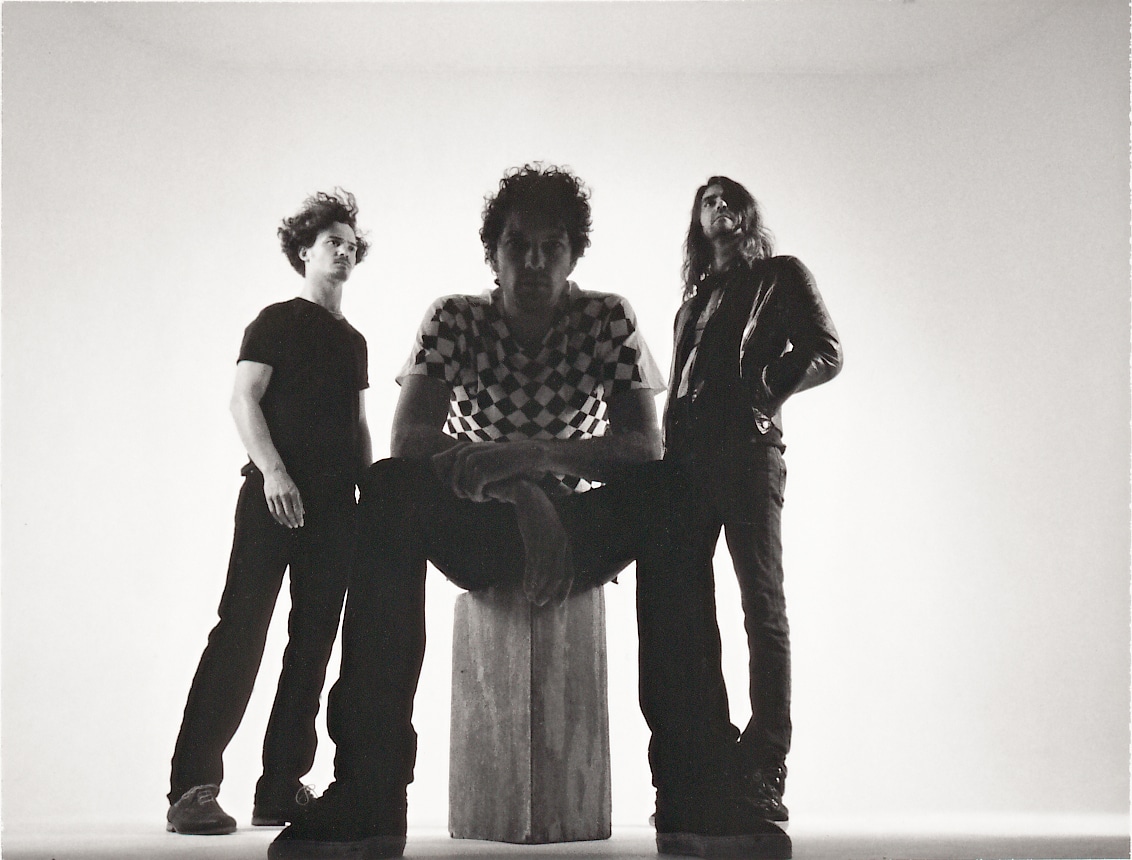 N/UM are a New York City trio composed of Jeremy Loucas on drum machines, samples and mixing;  Emil Bovbjerg on synths and vocals; and Elias Meister on guitar and bass.

On December 8th they are releasing YES on their own Ninetofire label, their second production outing following their debut album Zebra (Duro). YES is a four-track EP recorded live in a single take before an audience at House of Yes in Brooklyn. Created in free improvisation, the tracks flow into each other seamlessly in such a way that a small element of one track is often transformed into the main part of the next. After all, this is how N/UM always operate, producing minimal, house and techno on the fly, whether in the studio or on tour, and recording it for release. The result is always something original, making their project and ambitions unique in an industry where studio sessions often see producers go anywhere but the strictly live composition route.  It’s a sight to behold, as they use classic instruments such as the 808, 909, SH-101 and Mono/Poly paired with their inventive use of voices, guitar and unique samples to produce something completely original with each and every take.

6AM is excited to be presenting the exclusive premiere of “Elastica” from the forthcoming EP, which you can stream below. We also caught up with N/UM in honor of the occasion to learn more about their project and life in the Big Apple.

It’s been a great year so far. We have been playing a lot — both in clubs, parties and in the studio and recently joined the roster at the Arcana Agency. We released a single over the summer in collaboration with Duro and are now preparing for our upcoming release on December 8, as well as several future releases.

I know you guys have been friends for a long time. Can you tell us how and more importantly why you think you bonded as you did back then?

We met in college as international students and have kept playing together ever since. The music has changed and adapted over time but knowing each other helped us to communicate as artists, grow together and try new musical ideas.

Separately you’ve all enjoyed success as musicians and artists as part of other projects. What makes working together different?

Playing together for such a long time has helped us to develop a certain synergy, which is especially useful in an improvisational context. It is all about moving forward through the music as a coherent unit, without having the map and compass of a set song structure. Not that it is strictly necessary to know someone personally to improvise with them but it definitely has impact on the music.

I can imagine that, as they say, three’s a crowd… does it ever get difficult or “too crowded” in the studio or while touring? How do you guys balance being around one another a lot but also having the necessary space to make a trio project work?

We generally get along very well because our focus is almost always on the music. We’re generally too busy to think much about personal space etc. but we are also very lucky to have a great studio to work in. We always feel very lucky to be there so that helps. The trio can be a very dynamic format because it is at once rich in texture but also highly adaptable in comparison to larger ensembles. Everyone works differently in the studio, and having interviewed duos, trios and even projects composed of 4-5 people I have noticed that everyone has different methods and duties.

How do you guys divide the studio “tasks” if at all? Who does what?

Our project is somewhat different than most studio projects we have worked on in the past. We record in the studio in the same way as we perform live, so our roles are mostly defined by the instruments we play. Jeremy, having worked as a professional mastering engineer for many years, of course guides the process when it comes to signal processing and mastering but we all participate in the creative process as equally as possible.

I love that everything you guys do is live, improvised and thus unique. Your upcoming release is composed of 4 tracks recorded live at the House of Yes in Brooklyn. How do you select which of your live recordings will make it into a track?

We have a big archive of recordings, recorded both live and in the studio, that just continues to grow. It is a challenge to keep up with listening trough all the recorded music and selecting the material we want to put out as records. We try to make a habit of listening through sets, often while setting up or breaking down gear at the studio. When something sounds good we make a note of it and then schedule time once in a while to sit down in the studio, listen in deeper and narrow down the chunks of sets that we feel like make the cut.

How do you reconcile any possible imperfections in these live recordings as far as that decision process goes?

When you commit to free improvisation as a way of working, you also commit to accepting the fact that we are human and not perfect. From working on recording music in a lot of different settings and projects, we have also learned that very often, during the creative process, some of the best ideas in music and otherwise arise from mistakes. Many producers and musicians have acknowledged this before us of course. But rather than spending our time copy/pasting hundreds of little pieces together to pursue something that approaches perfect or finished, we choose to stay in that fluctuating zone where yes, mistakes are made, but the creative stride is also a bit more far-reaching in a sense. That said, we have all spent probably somewhere in the several thousands of hours editing and polishing recordings in other projects, sometimes with really good results. It’s just a different pursuit.

Essentially the release is a live jam session in front of an audience, recorded and released. What story do you envision to be telling by producing music this way versus the more common way?

This is how we decided to create our music, whether it is recorded in the studio or in a live performance we play the same way but of course with varying musical outcomes. Playing in front of an audience can be both inspiring or daunting since you can’t help taking in the energy of the room and the crowd and the audience reacts to you as well. When choosing recordings to release we don’t really consider whether something was recorded live or in the studio. Our first record was a set we liked from the studio and this one is from a show. It all depends on what we feel when we listen back.

Do you guys have a routine to get ready before a show? Any rituals to relax or focus?

A nice shot of tequila will do the job. Focus is very important though, because we don’t have any “bombs” or “dance floor bangers” in our bags to lean on. At least not until we make some up. It’s not easy to maintain focus, especially at long hours in loud places, so that is a big challenge and takes a good amount of self discipline and trust in each other as well.

Tell us a little about yourselves, what do you guys like to do outside of music? Foods, people, causes, places, like most. What’s your absolute favorite spot in New York City?

Our favorite spot collectively is our studio really. It’s the oldest studio in the city and carries a lot of NY history and music history in general.

Any must-try dishes/food spots you recommend?

Pure Thai Cookhouse is the spot.

2018 is around the corner, what do you hope to achieve in the coming year?

We hope to keep improving as a group, play more shows and festivals and keep sharing our music as much as we can, as well as
releasing more records. 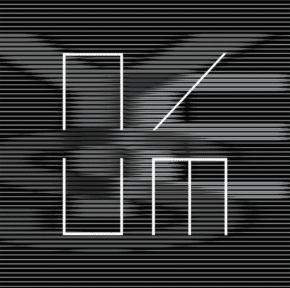