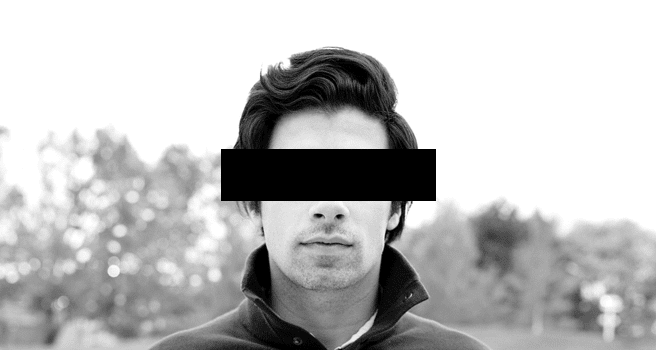 Toronto artist Lost Boy is set to release his first album, entitled 1987 , on January 22nd. The 14-track LP comes out on For The People, maintaining an indie DIY ethos with raw, melancholic vocals, blended with experimental, electronic nuances.

The track we are premiering for you today, “nDsco,” highlights Lost Boy’s expert electronic production skills. With a minimal, disco appeal, this track will pull you into its hypnotic state. Check it out below exclusively for 6AM and read on for our interview with Talal.

2018 has been begun really well. It started off with new beginnings and I’m pretty excited for the album!

Great LP by the way, how long has this been in the works?

It’s been marinating in my mind for a while. I’ve been working on the album for 1 year or so. Both ‘For The People’ and Lost Boy were projects I wanted to get going and they came to fruition hand in hand.

Where did you produce it?

I produced it in my studio in Toronto, Canada.

What gear and software was involved in making these tracks?

I use both Ableton and logic to write music. I add a lot of guitars with effects and love Dave Smith’s analog synths.

Do you have a personal favorite artist?

Sasha, especially during his Involver1 period.

I love “nDsco” from the album, which I personally wanted to premiere, so thank you for the opportunity. What’s the inspiration behind this track?

Thank you for selecting that one! It’s one of my favorites too! The inspiration behind this one was the ’90s revival of disco.

Would love to get to know about you personally more. Where were you raised?

I was raised in Lahore, which happens to be the cultural capital of Pakistan. I moved to Toronto for University which is one of the most multicultural cities in the world. I feel both of these places have had a significant influence on my music.

How was life as a child growing up for you? What kind of fun things did you get up to?

Growing up in Pakistan was an interesting journey, filled with street food, music, arts and culture. Interestingly, I also used to be a drummer in a death metal band. Music has always been a part of me in some way or the another.

At which point did your interest in music generally begin? How about electronic music specifically?

I have been playing the sitar and piano from a very young age. So, the love for music was a natural progression. My affair with electronic music started when my sister introduced to the album ‘Involver’ by Sasha and then all hell broke loose.

What prompted you to begin making music?

We always had instruments lying around at home in Pakistan, so jamming was just a daily activity growing up.

Was there a point you decided this would or could be a career? What prompted that decision?

I came to Canada to go to school for medicine. But after having gone out to shows in Toronto and seeing first hand the amount of energy a DJ/live act can deliver, it was clear to me quite quickly that I needed to follow my passion.

What’s been the biggest obstacle you’ve faced thus far, and how did you overcome it?

Convincing my family was a bit of an obstacle but soon they were very supportive! Other than that, my personal growth as a musician, finding my way through new techniques and honing my skill was and is a constant evolution every musician faces.

Artistically, do you feel like you’ve found “your sound”? Why?

Again, this is something that is constantly evolving but I’m really enjoying where I’m at these days, especially with this album.

What inspires you the most in the studio these days?

Making music is my meditation. So, if I can meditate and come out with some music, that seems like a win win!

What is the biggest goal you’re hoping to achieve with this project?

I hope to share my creation, play it out for people, get them moving and put a smile on the listener’s face.

What do you get up to when not working on music?

I love playing sports and and recently picked up martial arts too. Generally trying to keep fit and fresh.

What kind of food do you enjoy eating?

In Toronto, I like Nepalese food and I’m down with the Hakka Chinese! And nothing like mom’s spaghetti!

If you could travel to any country, which one would it be?

If you could choose any location, anywhere in the world, to produce a track, where would it be?

I’d really love to go back and make something in the desert, South of Pakistan. My track ‘Taimur’ from the album was made there featuring local musicians and instruments.

Are you a night owl or a morning person?

I’ve recently become a morning person, like really early. I’ve been hitting the studio at 6AM these days!

Finally, if you’re lost now… when do you think you will find your way?