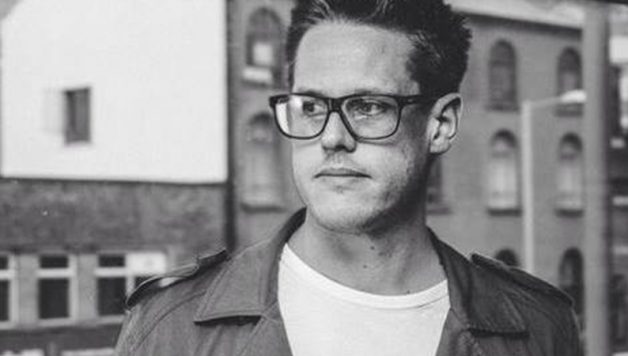 Amongst discerning house connoisseurs, Leftback Records has long been one of the UK’s worst-kept secrets.

Whether it be full-on house or minimal techno, Dudley Strangeways and Michael McLardy’s label continues to impress. Their latest outing is a case in point. Arriving on our plate from the dab hand that is Mr Strangeways himself, it sees the Nottingham producer produce alongside David Gtronic, and is a partnership that pays great dividends on the Dimunition EP.

A rollicking indication of what makes the label tick, it’s also a fascinating insight into the minds of two producers whose styles very much compliment one another. On the eve of the release, we checked in with Dudley for a quick chat.

Here’s what the man in question had to say when we threw a few questions his way recently in honor of the premiere of “Melee” from the forthcoming EP he was kind enough to have us host.

We’ve been really digging your latest EP. How did it come about and what’s your relationship with David GTronic?

Pleased to hear that you’re into the latest EP and nice to chat to you. I know David through music really, David and Randall M released an EP on Leftback earlier this year and we got to chatting about making some music together and just ended up sending some unfinished tracks to each other to choose from.

Did you guys get together in the studio or was it more a case of swapping files online? Do you have a preference for how you work like that?

David lives in Berlin and myself in the UK, so the easiest way was to send files back and forth online. We work within the same DAW, so to fire the projects back and forth is not too much drama for us. I’ve no real preference on a way to work, just whatever’s easiest for everyone involved. If you’re working in the same space it’s important to bring something into the mixer. This can be ideas or technical ability and usually creates a good energy usually resulting in a decent track. Gin always helps though.

A DJ/producer you have a close relationship with is Michael McLardy. When did you guys first meet? Was it through music? And did you immediately get on?

Michael and myself have always got on; mates first business second. We met a fair few years back now and ended up working at the same company and a few dinner dates later we decided to start Leftback. This was out of frustration more than anything of not being able to get our demos heard by labels, so we took the DIY approach.

How invaluable is it to have someone else running the label with you? Is it very important to have a second opinion do you reckon?

It’s real handy, we usually have a meeting every few weeks nearly always in a bar/boozer, this is where all the best ideas (magic) happens! We’ve recently taken on two new additions, George Walford and Chris Coppen, who are helping out with a lot of the promotional aspects and online marketing, but they also have had a lot to bring. This is usually in the form of some crazy idea from George but the comedy value is always a bonus.

Is there one theme that runs through the label’s releases? What do you look for in a track if you’re going to sign it?

I would say the theme would be good music, well I hope. The tracks have to have a groove. That’s the main element; if you can listen for thirty minutes on loop without getting bored you’re onto a winner. I would say we’re really picky with what we release but I think the quality control has to be there. A lot of this is down to personal taste: some demos we get sent are produced really well and great tracks but not always 100% for the label.

Of the EPs you’ve releases, was there one you thought deserved to be bigger?

It’s always hard to tell with underground music how big a release has been. I’m just happy if people are playing and listening to the music as that’s what it’s made for.

What’s the ultimate aim with the label? Are there other labels you look to for inspiration?

The ultimate goal is to keep releasing good music that people enjoy. It would be cool to see the label grow into a more substantial brand but this takes time, and Michael and myself are happy to play the long game to get a good catalogue of music behind the label and a core group of artists. In terms of inspiration there’s a lot of labels doing things right for me. Personally speaking Perlon is the obvious choice with no real promo plan just doing what they want and selling records, but you have to look at labels like Beste Modus, Pleasure Zone & Pressure Traxx who are also doing a similar thing.

In terms of your own music and your production, how does the label you’re releasing on influence what you make? Or is it more a case of you making tracks first and then sending them to labels?

I try not to think about a specific label, I’ve tried making music with labels in mind but this never ends well and the tracks usually end up getting scrapped.

And going back a bit, what Djs and producers influenced you back in the day? It depends on how far you want to go back! I think some of the guys that have been going for some time like Todd Terry, Charles Webster, Derrick Carter, Inland Knights and a lot of the music that’s come out of Nottingham over the years has had a big influence on me, not that I make the same music now but if you break it down it has it’s similarities.

What keeps you busy aside from music? Is it a full-time thing for you these days?

No, I work full time teaching Music Technology at a Confetti college in Nottingham and have a side business mixing and mastering. I’ve also recently become a dad so I’m pretty busy. There’s always time to make a bit of music though.

If you could host anyone on the label who would it be?

What more can we look forward to from you over the next couple months!

I’ve got a split EP on a new label from Berlin Chord Records with top lad Luke Black that’s just come out and the next Leftback with David including two top remixes from Leftback boys TIJN and Michael McLardy. Thanks for talking to us! No danger nice to chat to you guys.