Q&A and Premiere: Hemka Debuts on Rekids With “The Portrait Of Nina Sayers” EP 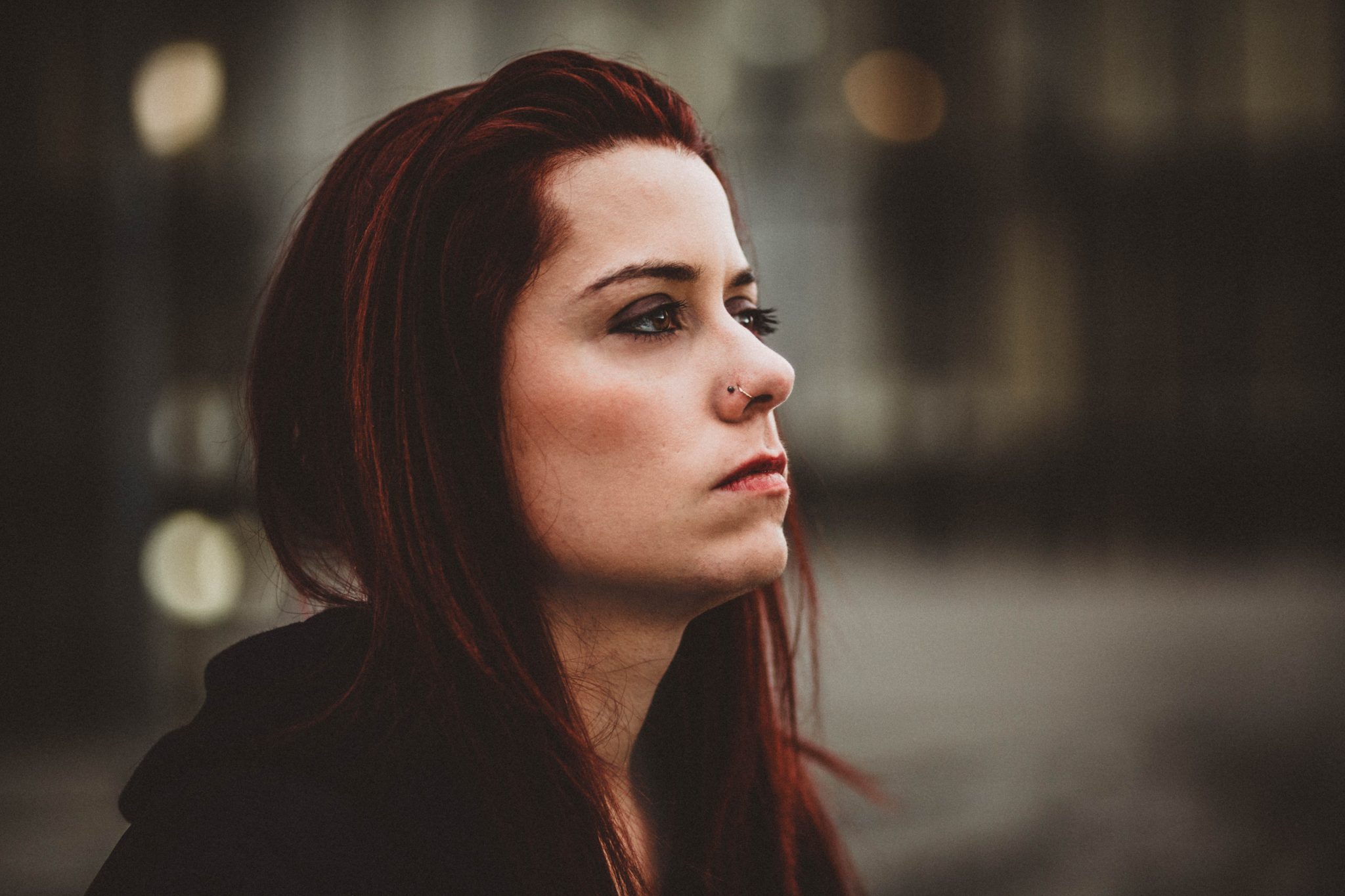 Q&A and Premiere: Hemka Debuts on Rekids With “The Portrait Of Nina Sayers” EP

Marseille-born producer and DJ, Hemka is one of the most promising techno artists based in Paris. Her fast-paced rhythmical sound has an emotional, psychedelic twist which has seen her release on Darko Esser’s Balans and TWR72’s Float Records, with support from the upper echelons like Rebekah, Dasha Rush and ROD. As a DJ she’s shared the stage with figures like Len Faki, Surgeon and James Ruskin and is a regular at Parisian clubs like Concrete and REX, not to mention the French festival circuit, when not performing all over Europe. She now joins the Rekids Special Projects series, following artists like P.Leone, DJ Spider, Tripeo and DJ Deep.

‘Doppelgänger’ features a damaging kick under disjointed piano melodies to establish an eerie aesthetic, before ‘Countdown’ offers emotive pads and twisted bleeps that evolve amidst shuffling drums. Finally, ‘The Portrait Of Nina Sayers’ escalates in tension with an arpeggiated melody, pumping kicks and firm snares.

Hello, thanks for the chat today and congrats on your Rekids debut! How long has the EP been in the works now?

Hi! Thank you so much! And thanks for your time!

I’m really happy to be part of this label that I aspired to be in for quite a few years! In fact, one day I was surprised to be contacted by Matt Edwards on my Facebook page. I did not really believe it, I thought it was a fake profile, but in reality it was Radio Slave. He congratulated me for my track “707 collision” out on Balans the same year, he told me that he often played that track and he would like to release my music on Rekids. He wrote to me in September 2018, I prepared some tracks for him and I sent them to him. He was a fan, and then the machine was set in motion!

Why is Rekids the ideal home for these tracks in your opinion?

Rekids is a very eclectic label, you can find many different styles of electronic music but it is still very qualitative. I think it’s the ideal home because my music is quite atypical I guess.

Matt gave me the chance to express myself in my own way without any judgment and I feel really grateful for that.
I think that Rekids is one of those labels that above all seeks to understand the artist and then gives them the opportunity to show his/her universe to the public on a larger scale.

I’m happy to have found a place where I feel good because when I usually finish tracks, I always wonder on what labels they could fit and I usually can never find one. Rekids came to me without me asking this question to myself, it’s great! I took the time to produce these 3 tracks with this desire to transcribe my vision of the film Black Swan, which is one of my favorite movies.

I have heard a lot of great things about the Parisian scene and its duality between great clubs and amazing warehouse events. Can you tell us a little bit about it yourself, the venues/events you’ve played at in your current city as well as where you go to party (if you do) when you’re not playing on a weekend?

It’s true that there is a kind of fight between warehouses and clubs. Today warehouses attract more people than clubs because people feel better and freer; the sound is also stronger and the places may also correspond a little more to the techno universe.
I played in few warehouses in Paris with “Fée Croquer”, “Order”, “Exil” or “Organik” and everything went well so I do not have much to say except that I enjoy playing in these great underground spaces. There are many organizations in Paris that make events in warehouses, some of them just start, some others have enough experience to make the night perfect in terms of security, sound system, services, not talking about the line-up.

As far as I’m concerned I do not go out much when I don’t play, at least, not to techno parties. I like doing other stuff. On the other hand, when I go party, it’s mostly to support my Exil team on their events; I have also been to the Possession or BNK events a few times.

You originally come from Marseille. How is the techno scene down there?

I lived in Marseille until I was 21 and the scene at the time was not very elaborate. We often went out to the “Spartacus”, “Dock des Suds” or some afters at “Baby Club”.

Unfortunately it was always the same artists that we saw in these clubs: either extremely famous artists like Chris Liebing, Ritchie Hawtin or Joseph Capriati, or it was locals. Very often in Marseille we got bored in terms of clubbing so we took the car and went to Montpellier at the “Villa Rouge” or Avignon when we were really motivated!

But today the Marseillaise scene has rather changed. There are a lot of things emerging, new collectives, new places and line ups are starting to be better and more quality. Among the crews to follow, there’s Paradox who organizes good parties at the “Baby Club” and “Cabaret Aléatoire”. Since the different renovation projects in the city, Marseille has become much more touristic and popular so I think it also contributes to the development of the nightlife and the techno scene.

Was the move to Paris a music choice for your career?

The departure to Paris was, at first, a choice that had no connection with the music. I actually work in IT and my project was to work abroad. I was refused by the companies I contacted so I decided to make a first experience in Paris. Finally, it’s been 8 years since I moved to Paris and I can’t leave. Here, I met so many people, did so many things, it’s also here that I really developed my love for music and discovered techno in all its facets, this is where I made my first scene, made my first track. Many things inspired me here to create music and I think that if I had stayed in Marseille, none of this would have ever happened.

Can you tell us about some other young or up-and-coming French producers we should keep our ears open for?

There are many French artists who are very good and I actually like Kas:st a lot. I think his music is emotional and his tracks sound like he’s letting his heart speak. He’s doing an amazing job.

I have heard the term “French techno” thrown around a lot more in recent months. Is this something that truly exists and if so, what is French techno to you?

I think that this is related to the emergence of French artists like I Hate Models who imposed his style, launching a movement. There are also a lot of very good producers in France such as Shlømo, Antigone, Kas:st again, that translates a strong electronic scene. There is also the fact that places in Paris have become progressively crazier and artists want to come here to play. I think, for example, about The Voice TV Studios, the Eiffel Dock are full of warehouses. France, and especially Paris, really shines in the Techno universe.

There’s a lot coming up in 2019. First, I’ve just joined a new agency called “Outlined-AM” alongside artists such as Eric Cloutier, Markus Suckut, Newa, SHDW & Obscure Shape, Keith Karnal, Introversion… so I am very happy to be part of this new family!

Then, I have an album that will be released on Balans this summer and I thank Darko Esser for trusting me on this project! He’s a good friend and I don’t want to disappoint him. I also have a new EP that will be released on a French label with a remix from Thomas Hessler (who is part of Outlined-AM agency as well). Then I look forward to my debut at the Marvelous Island Festival this summer!

A1. Dopplegänger
B1. Countdown
B2. The Portrait Of Nina Sayers