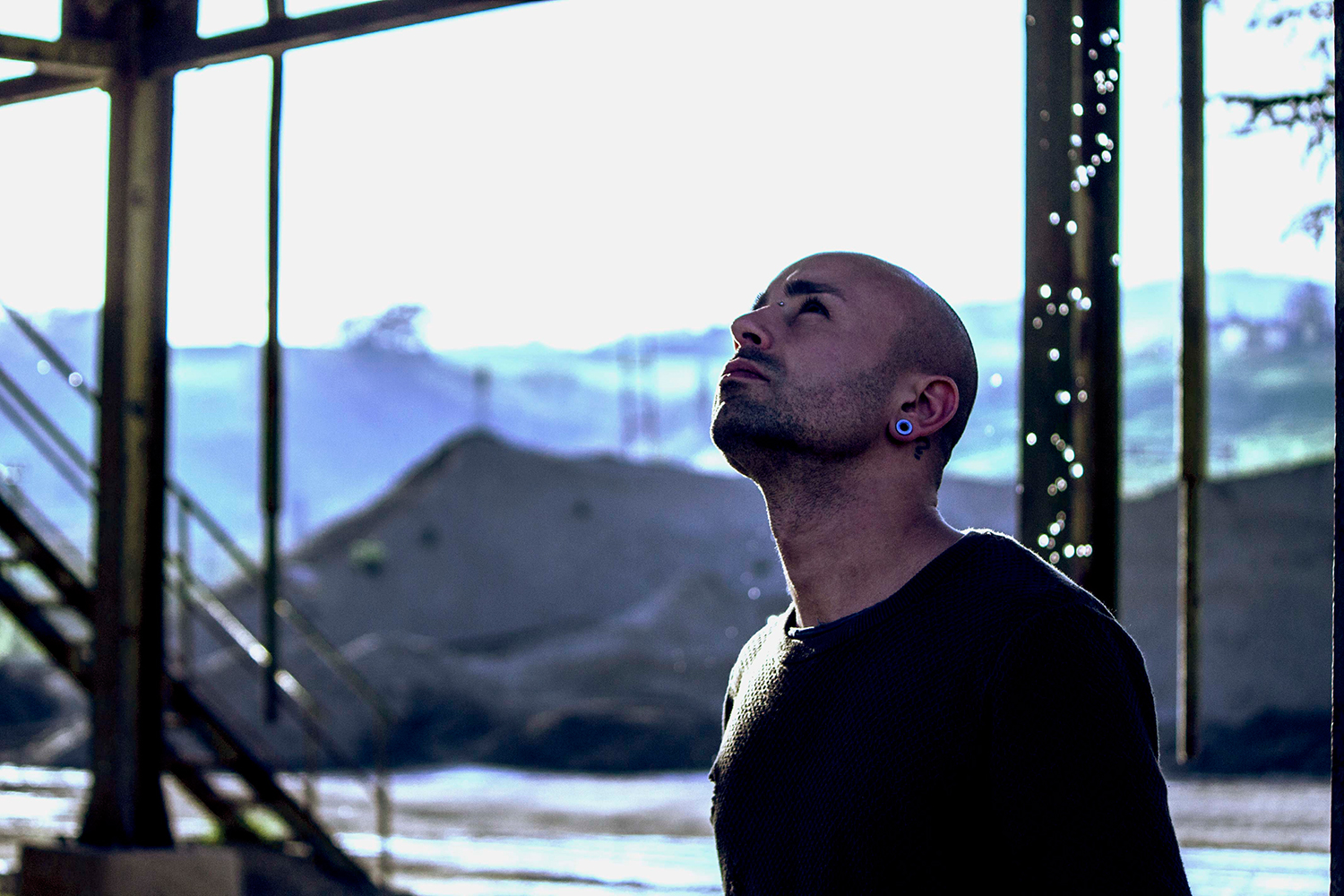 Himmel is AnGy KoRe’s own label, which he is introducing to the world with this special release. The album itself is a collection of powerful tracks characterized by strong grooves, distorted percussions and fat bass, mixed with dynamic synths and catchy vocals, all combining to provide a dark atmosphere that aims to break dance floors worldwide. It’s an album with eclectic ideas, that aims to break the normal standard with influences that bring together old school sounds with more modern characteristics, a kind of alternative techno that wants to smash the conventional rules by touching upon and bringing together different shades of electronic music.

From acid sounds to melodic, from hard techno to groovy, all of these tracks are different from one another, each with their own identity and soul. Yet their uniqueness combine to showcase Angelo del Core’s skills in the studio. After all, the veteran Italian artist has remained at the forefront of the industry thanks to decades of hard work and prolificness both as a producer and DJ, just as Clarion demonstrates now.

The album, which was released on May 8th, is available for purchase on Beatport. We are giving you the exclusive streaming premiere of “I Wanna You” from the LP, as well as an interview with Angelo himself. Enjoy!

Ciao Angelo, congrats on the forthcoming Album! How long have you been working on it?

Ciao, thank you so much. I’m grateful that you appreciate my album and gave me the chance to talk about it.

I worked on Clarion for 3 months. I moved from Rome to Frankfurt, and that big important life change gave me strong inspiration! People can say that I was fast and superficial. But no, it’s not like this. I gave big importance to the details, and I have no idea how 13 tracks came out like that!

You’re known for producing a lot of tracks in a short amount of time, how did you choose which ones would appear on Clarion?

I didn’t have to choose the tracks for my album, because I was moved by my musical instinct. So, since I decided to create the album, I decided to insert all the ideas I had in my mind at the moment into materializing this.

Clearly you are super productive in the studio, something producers struggle with at times. What are some tricks and tools you use to maximize your time when making music?

In my opinion, you can spend months and months on a track having no result. The best tracks I made were finished in 2-3 hours maximum. With this said, I try to say that the ideas are something coming spontaneously, and when they come you better catch them!

That’s why, when I create a track, I use a stopwatch. If I spend more than 3 or 4 hours on it it means that it’s not good — of course sometimes there are exceptions.

You started as a hardstyle producer, what made you move to techno?

Going on with my age I realized that the hardstyle was too extreme for my ears. I still like it, but not for so many hours consecutively, as it starts to become annoying.

Tell us a little about the album. Where did you produce it?

As I told you, I produced in my home studio in Frankfurt, in a very calm area of the city away from distractions. I found this place so comfortable and inspiring. Sometimes it’s nice to change work station, it gives you power!

What hardware and software was used to produce the tracks?

I produced it with fruity loop studio, and I did some synths and bass work with Novation Bass Station and Mikrokorg. 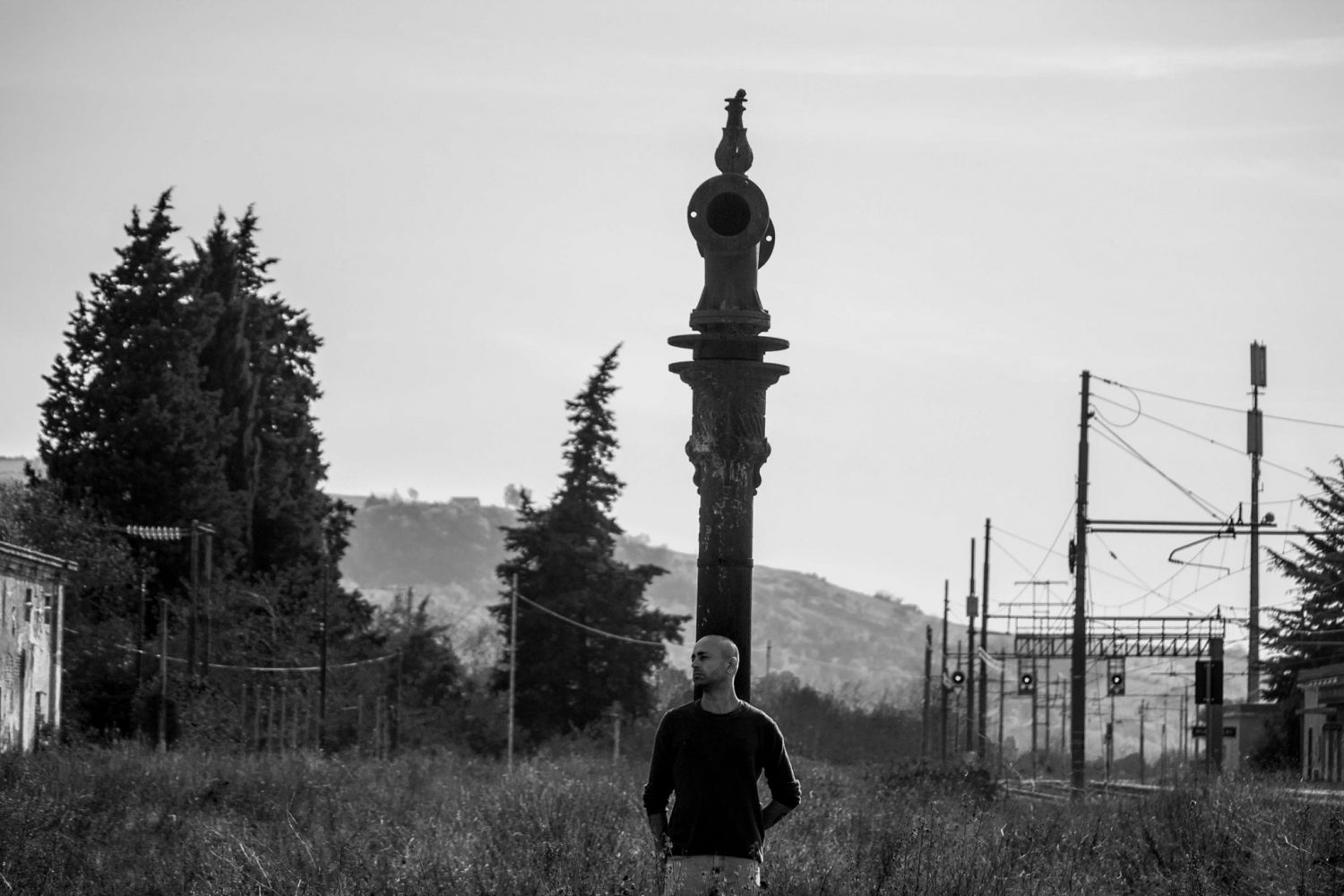 You are releasing this on Himmel, the new imprint you just launched. Why did you decide to start your own label?

I was tired of releasing my music on so many labels without personality. I don’t want to offend the labels I released on, most of them release great music with great artists, but sometimes they lacked personality and originality. I wanted to do something absolutely unique, something representing 100% myself! That’s why I created Himmel, where I’ll release only my own music.

What does Himmel mean?

Himmel means “sky” in German. I wanted to create a label that doesn’t follow the rules — giving a sensation of freedom… So I asked myself: is there anything in this world that’s freer than the sky? No! So I wanted to call it “Sky.” Anyway, this word had too many connotations with the TV company, so I wasn’t sure about this name. When I discovered the German translation of sky I found it so fluid and sexy, and I said… “Yes. My label will be named Himmel.”

You come from Italy, a country that has a lot of techno talent. Is it hard as a producer and DJ to break through there?

It’s hard in Italy and it’s hard in every corner of the world! If you have talent one day you’ll do it! If not, there’s a possibility to make it… but it will be short-lived.

Who are some of the younger producers in Italy you think we should keep our ears open for?

Gabriel Padrevita. He’s a newcomer who I chose to work with me. He’s a very eclectic producer full of original ideas and we’re doing some nice collaborations with him. We also worked together to create my second label Luft, that has been active for a few weeks now.

Can you tell us a little about the city you live in and the techno scene there?

Frankfurt is so active. The clubbing and the nightlife are on another level. I played in this city often before I decided to move there, and I always found it attractive talking about the techno scene.

What do you do in your spare time that isn’t music related?

I love retrogaming, I go crazy playing with ’80s and ’90s video games like Super Nintendo or Sega Mega Drive. They bring me back to my teen, carefree times.

Do you have any other music coming out in the next few months?

I have some interesting collaborations with Gabriel Padrevita on our label Luft, and a series of remixes of all the tracks of my album Clarion.

Any special gigs planned for 2017?

In this summer I’ve a lot of interesting festivals like Ikarus and Tanz der Basse in Germany, where i was last year too. I’ll becoming back in one of the places I love to play, Argentina, for a tour in different cities.