Interview: Perseus and The Return of French Express 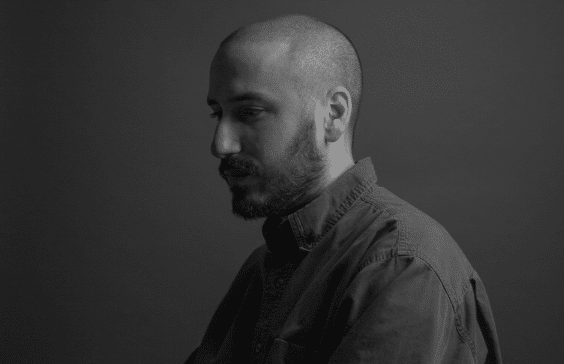 Interview: Perseus and The Return of French Express

The rumors are true, Perseus is back and with him so is his label French Express.

The news came through social media, when the producer announced the completion of a new track called “Lightwave.” We were immediately curious, and decided to reach out for an interview to find out what happened when Perseus decided to go on hiatus, what occurred in the period since and of course what prompted the return of one of the most respected producers, DJs and labels in the industry.

Hello… it’s great to get to chat with you. How are you these days?

Thank you. Feeling renewed, returned to days of old.

What have you been up to these last few years since French Express and the Perseus project have been on hold?

Trying to find what I lost — myself. Took up baking, cooking, producing a lot of hip hop and r&b, gaming, film, 3D—anything but the music I needed to do. It was only when I stopped running towards distractions that things took a turn for the better.

If ok with you I’d like to backtrack to those days, weeks and months when you decided to put a pause to the project. What exactly happened that prompted that decision?

Discontent with my dj sets. I wasn’t playing my own music, and it wasn’t fair to the people who came to hear it. Around the last year, I’d crowbar 3-4 of my tracks into the opening or ending just so I could take the set where I wanted. Started to stall after the release of “Shadow of the Beast” in Oct 2013 until. So I got busy in the careers of others, and stopped releasing music.

Things took off for Perseus in a way I never anticipated. I’m ever thankful it did. In all honesty, I was watching Clash of the Titans the same day I finished “Russian Girlfriends.” Never thought flipping my favorite r&b licks would catch a peak moment with some people.

What grew uncomfortable was how time-sensitive the music was to me, and people (with good sense) wanted to hear more… hard to do when I had already moved on. Before my first soundcloud follower, there was no one but myself to musically please. Thinking of how to satisfy others, when I wasn’t feeling it anymore, was a whole new trip out.

An unwritten rule to making something good is to enjoy what you’re making.

Was it always meant to be an actual pause or did you intend to put an end to the project altogether?

The pause was a means of zooming out. Once grounded, I eventually realized the project is what I make it, and didn’t need to escape its history any longer. So I evolve with it.

As for hitting pause on the label, I felt like the direction of Perseus needed to be clear to be able to steer French Express.

Why was the decision to stop both projects a simultaneous one? Can Perseus or French Express live without one another?

What a lot of people don’t know is that French Express started as a music blog back in 2008. The name’s connotation could be confusing if you didn’t know its origin: to once import and make popular the French sound (Lifelike, Braxe, Falke), sounds I was heavily into at the time. But the purpose remains… when things go stale, to seek the good around the bend and publicize it first.

As long as there’s a burning desire to raise a new sound, FE will always be around.

So… let’s talk about today and now. Are Perseus and French Express actually back?

What does “back” mean for the months and years to come? Do you see both projects going back to being as active as they were before?

Back has a double meaning here: “Backwards to go forward” is what brought me back. It worked out similarly for Sting too.

Back also means giving back. R&B and trance were inescapable during the mid-to-late 90s. I’ve always drawn from them for inspiration. But electronic music was one layer deeper for me. The nascence of electronic music culture had pulled me into its gravity like it had done so with so many others. It was there for me at a very young age, and I always wanted to give back.

For the first time in over a decade I’m excited about what’s percolating under the lid: we’re about to witness the rebirth of euphoric dance music, “trance through techno,” or something like that. Techno has evolved and grown emotions, and is starting to sound more like slowed-down trance without the excess. In the years to come I think we’ll see the reincarnation of trance’s effect on dance music the same way techno, and deep house before it, were revitalized.

Do you have any plans to get back to playing gigs also?

Of course, connecting with people through music is what makes years of solitude worth it.

What other music do you have in the pipeline for the rest of 2019?

Do you expect to involve other artists on the label and if so will this include those previously in the crew?

This time around the format will be open-source, anyone willing to hear me complain about ‘things not being what they used to be’ is welcome.

Finally, do you have anything you’d like to specifically say to French Express and Perseus fans that have been waiting for this comeback?

That I’ve not only been MIA from them but from myself as well. Thanks for still listening. I’m lucky to have some of the most loyal listeners, and it’s evident every time I get to meet them before/after a show. I feel the warmth.