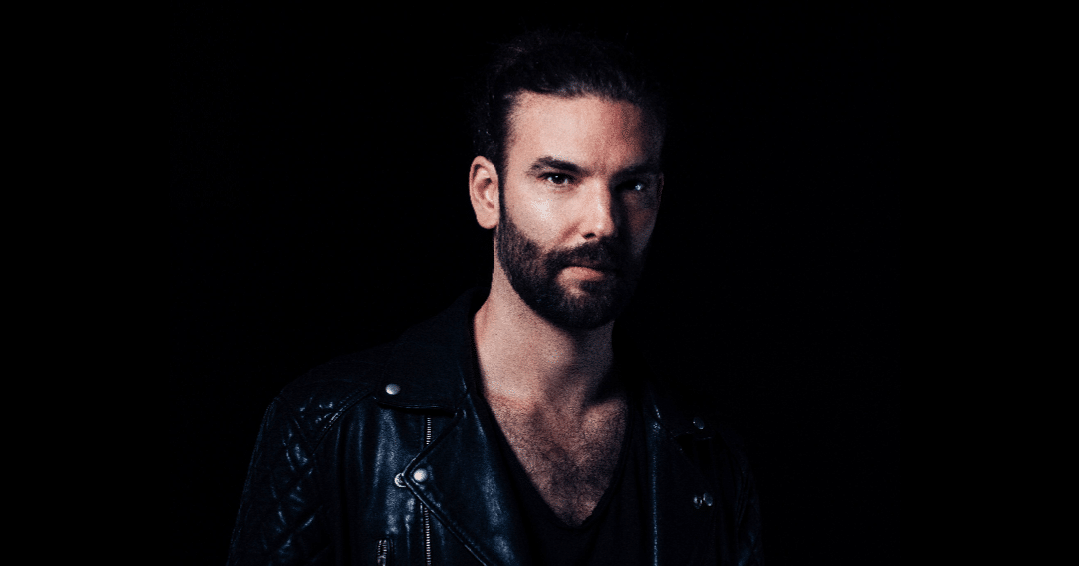 Following on from an incredibly busy summer which saw Eelke Kleijn sell out his DAYS like NIGHTS event series debut in North America as well as make his first ever Burning Man appearance playing from the iconic Mayan Warrior art car, the talented Dutch producer has now released his ‘Maschine’ EP. Out now via his own imprint, the two tracks “Maschine 1.0” and “Maschine 2.0” mark the final two singles off his highly anticipated ‘Moments Of Clarity’ album due for release on DAYS like NIGHTS on November 16.

As Kleijn gears up to drop his third album from his 15 year career, the variety of music that has already been released borrow from his background as a progressive deep house DJ as well as his work scoring Hollywood blockbusters such as “Rush,” “Parker,” and “This Means War.” From dancefloor anthems like “Punta Cana” and “The Calling” to the synth-pop inspired “Drive,” Kleijn also acknowledges the need for balance by including downtempo and ambient tunes such as the LP’s title track, “Moments Of Clarity,” drawing on his training as a classical pianist.

After returning to his home turf on October 20, Kleijn’s DAYS like NIGHTS teamed up with All Day I Dream guru Lee Burridge at Amsterdam Dance Event in The Netherlands as the two highly-respected labels and event series joined forces for the second time. Looking ahead, Kleijn will head to Istanbul in Turkey on November 22 to play at Zorlu Studio followed by a ten-hour open-to-close set at Amsterdam’s legendary Thuishaven on December 1.

We decided to catch up with him to discuss all of this and more as the year nears to an end.

Hello mate, how have you been?

All good here! Thanks for having me again.

We last spoke at ADE in 2017 at the Armada pop-up. It was quick but you were so busy with your new label and it’s partnership with ADID for ADE, which you repeated again this year. How did that go?

Really well actually! It was definitely a step up compared to last year. Both rooms were really busy and the vibe was excellent, one of my favorite parties this year for sure.

Overall how do you feel DAYS like NIGHTS has been progressing as a label in the last few years?

I’m really satisfied with the progress we’ve made so far! Whenever you start something new, you know it’s going to take some time to really build it well. But I feel like we’re getting there. I’m very proud to have acts like Analog Kitchen and Simon Doty & Zein join us recently. On the remix front we’ve had Petar Dundov, Sébastien Léger and Nick Warren & Nicolas Rada work their magic. Everything is moving in the right direction for me.

What has been the biggest lesson you’ve learned as a label owner in this journey? 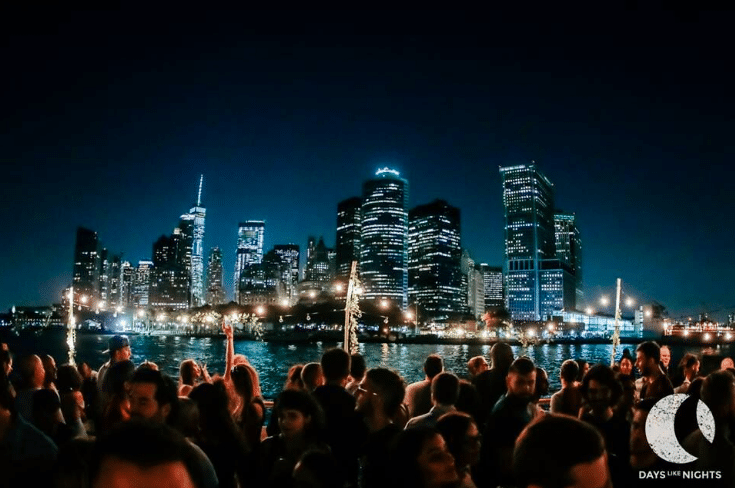 You debuted the label event series in North America this year. How did they go?

We did the first DAYS like NIGHTS boat party in New York recently with Guy Mantzur and myself playing. I really loved that event. Having the Hudson River and the New York skyline as the backdrop was very special. We’re working on bringing DAYS like NIGHTS to more places around the world with Argentina and Australia being the next locations.

Any particular favorite moments from that tour?

That same tour also took me to Burning Man. That was an amazing experience and one of the most special places I’ve ever had the privilege of playing.

You have a new album coming up, from which you’re releasing some tracks as an EP earlier. How long have you been working on this project?

That’s right, my new album ‘Moments Of Clarity’ is due out on November 16 via my label DAYS like NIGHTS. I’ve been working on it for two years roughly; the first draft dates back to 2016.

How would you describe the sound of these tracks and the overall album to someone who hasn’t listened to it yet?

I think it’s a combination of going back to my roots, but also experimenting with different sounds and influences. In the same period that I worked on the album, I started playing guitar and bass, so those instruments were recorded here at home as well. The album has a more organic feel to it compared to some of my previous work, which was always a little bit more synth-based.

Is this a dance-floor ready album?

It’s definitely a dance floor album; nine tracks out of 12 have made their way into my DJ sets. But at the same time it’s an album that you can enjoy at home. I’ve really tried to strike a good balance between that.

Do you have any favorite tracks from it?

I really love all the tracks on the album, but if I have to choose I would say either “The Calling” or “Maschine 2.0.”

Where was this produced and with what hardware and software?

I produce everything in my home studio in Rotterdam. Some of the most used gear for this album was my modular synth, the Dave Smith Mopho x4, my Moog Voyager and my guitar pedals by Strymon and Eventide. Software wise it features a lot of Omnisphere, UAD plugins, Kontakt and Steinberg Cubase as a sequencer. I sometimes post videos on my youtube channel where I give some insight into my production process.

What do you feel was the main source of inspiration for this upcoming album?

I would say it was a combination of messing around with my modular synth, and the fact that I got really inspired by vocals that don’t necessarily bring a message across, just emotion. You can hear some of that in The Calling. But there’s lots of tracks on the album that feature vocals like that, e.g. Moments Of Clarity, De Orde Van De Nacht and Mojo’s Tale as well. 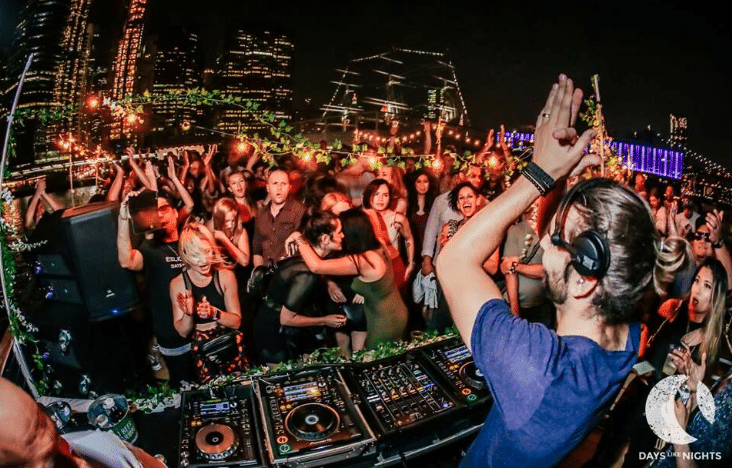 I know you’ve also been involved with the scoring of Hollywood blockbusters like “Parker,” “Rush,” and “This Means War.” How did that part of your career first begin?

It started about 10 years ago when I was discussing my future with my manager. He asked me what I wanted to do in 10 or 15 years time, and I said “making music for film.” We got started with that soon after, first with small movies and ads but pretty soon after I landed my first Hollywood gig with “This Means War.”

That’s amazing. Do you have a different process for scoring those movies versus your regular productions?

Music for film is often much more orchestral-based, so when I work on trailers or ads I have an additional two computers that are just used for loading and playing sounds from sample libraries. I also work from a briefing or a script, whereas in my own productions I am free to do whatever want. Even though there’s definitely similarities, usually I consider them pretty separate things.

Gotcha! 2018 is ending soon. Do you feel you achieved what you wanted from this year?

I think it was a great year, but there’s always more to achieve. You have to keep on setting your goals high!

Do you have any personal highlights from the last 10 months?

Playing at Burning Man was a big highlight this year for me.

What are you looking forward to in the next two?

I’ll be launching my live show for the first time very soon. Also, playing a 10-hour set in Amsterdam at Thuishaven and visiting Argentina again for a tour.

All of those sound fantastic! Where will you be spending NYE?

I’m not entirely sure yet! Either at home, or in South America most likely.

What’s on the pipeline for you in 2019 both personally and with your own solo career and label?

In 2019 the remixes of my album will cover a big part of the year. We have some amazing artists working on that right now — I’m very excited to share it with the world. Also, I’ll be launching my hybrid live / DJ setup at certain gigs.

When was the last vacation you took and where did you go?

My wife and I went to Mauritius with our six-year-old daughter. I was there for a gig, but we stayed for a week with the family. I’ve been to Mauritius before — it’s a beautiful island!

And how about the next one, anything planned?

We haven’t planned our holiday for next year yet, but we’re thinking something closer to home this time, maybe Croatia or Greece.

Thank you Eelke, congrats on a fantastic 2018 and best of luck with all your upcoming projects!