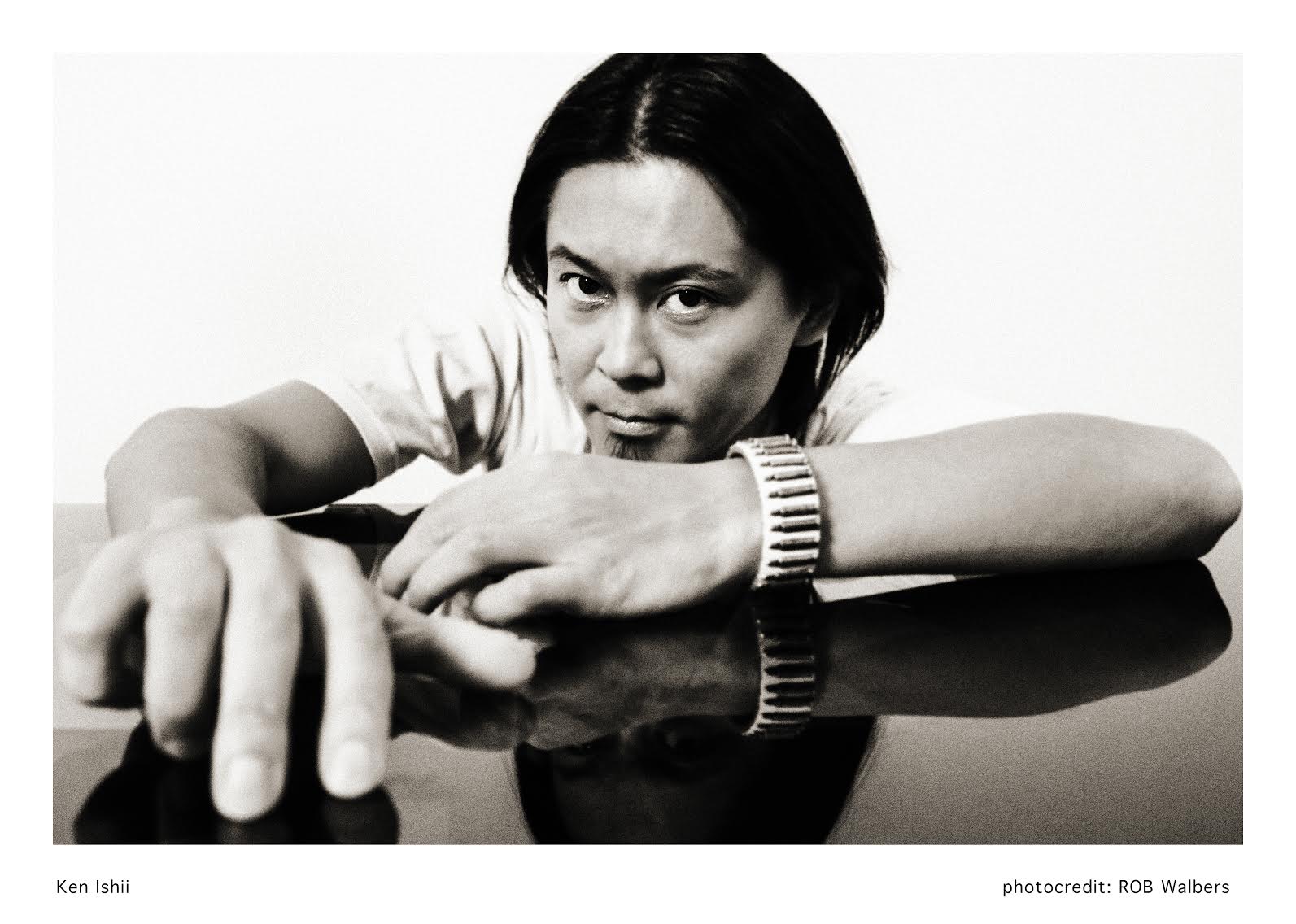 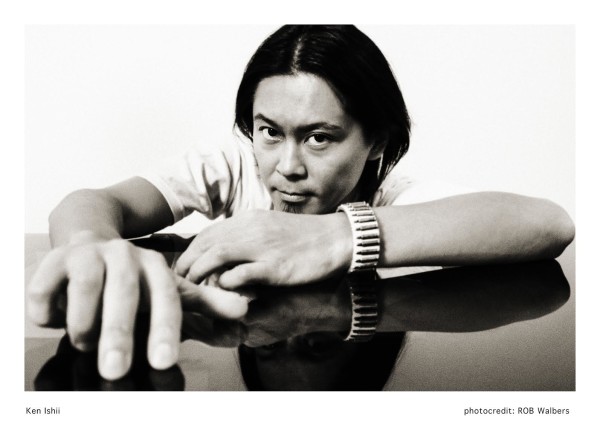 The word “legend” gets thrown into the mix often when referencing many pioneers of the dance scene. Ken Ishii is among the few artists that have truly reached this status, with that word acting as a good starting point to truly capture his legacy in techno. After all, Derrick May even stated that “everyone from Detroit respects Ken Ishii as a creative force and is one of [his] all time heroes”

On December 12th, the Japanese techno maestro makes a long awaited return to Los Angeles (14 years to be exact) for an intimate night of warehouse techno with Incognito and 6AM. While he has a strong foundation in his home country of Japan, Ken Ishii is a world renowned DJ who is in demand throughout every country with a real passion for techno, and this rare stateside appearance will certainly be one to remember.

In light of his monumental return to the City of Angels, we recently caught up with Ken to discuss the current state of techno in Japan, among many other topics.

Enjoy the full interview below, and make sure to request the password and RSVP to this private event with one of Japans greatest.

We’re all eagerly awaiting your upcoming trip to Los Angeles! When was the last time you were here? Can you tell us a few good memories you have from visiting the city? 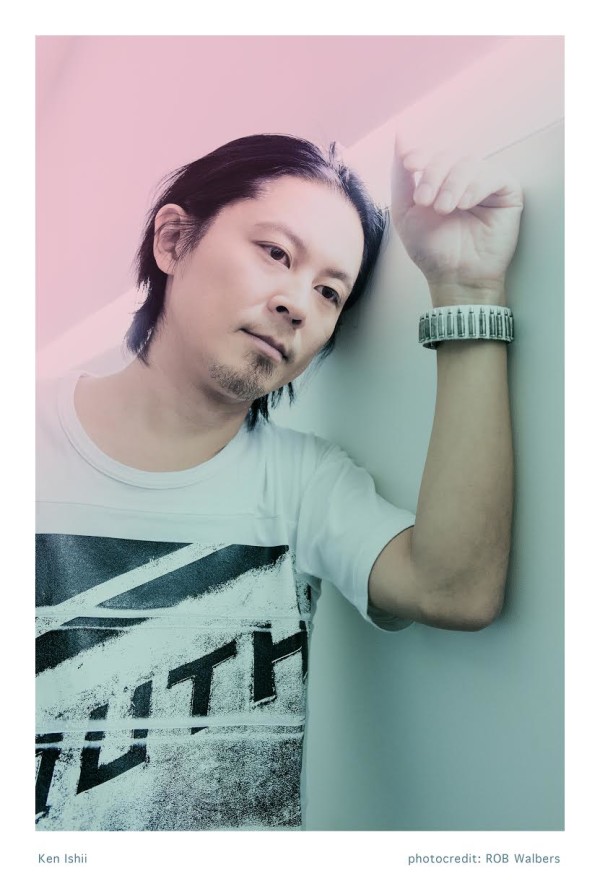 I’m very excited to return to LA too! The last time I was there was in 2009 and it was just to watch UFC104 (Machida vs Shogun) at Staples Center haha I’m a big MMA fan, by the way.

Anyway, my last gig in the city was over 10 years ago at a big club…Avalon, maybe? Sorry I don’t remember well. My LA debut was in ’97 and I played at a venue near the Chinese Theatre. I played for DJ Bone’s party at a more underground club as well. Great city with laidback vibes. I love the nice beaches and craft beers there!

Can you share with us your travel tips for flying from Japan to Los Angeles?

I would say the time difference between Japan and LA gives you the hardest jetlag. Try not to sleep the night before your departure, sleep in your plane, stay awake until dark after arrival, and drink beer as much as possible to get deep sleep!

What will be the sound track during your travels? Any particular album you enjoy for these long trips?

Sorry for the boring answer, I listen to new promos I downloaded most of the time. If I finish it, I start listening to in-flight audio. I recently was enjoying ‘Ascenseur pour L’echafaud’ by Miles Davis on ANA’s jazz channel.

You have experienced many different electronic music cultures around the world in your 20 year career. How do you compare the current state of house & techno between Europe and Asia, particularly Japan? What are some similarities and differences you have noticed through your own personal experiences? Do you think there’s still room for growth or are we coming nearing total saturation?

The scene in Japan has always been solid since it was widely born in the mid ’90’s. You can have a proper techno party everywhere in the country. Especially cities like Tokyo, Osaka, Nagoya and Fukuoka are cool. However, at the moment, some commercial stuff like EDM is powerful and festivals and clubs tend to push it, so our kind of music is going underground a bit. 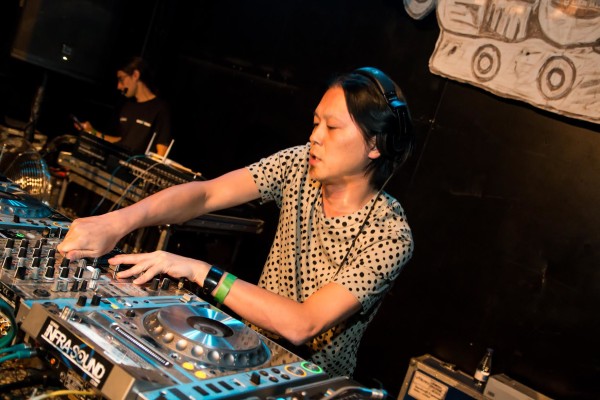 As for other Asian countries, I must say techno and house stay underground but there are small but cool scenes in Singapore, Taiwan, Hong Kong, Mainland China (especially Shanghai and Beijing) from my recent experiences. I’m sure Malaysia and Indonesia are the same.

On the other hand, the scene in Europe looks quite stable. I heard lots of club industry people claiming “economical crisis” a couple of years ago, but these days you can see only good signs that show it’s recovering. New talents always come up there as well.

If you keep on doing something for a long time you must have ups and downs, so I believe there is room for growth and improvement in techno!

There seems to be an increase in the amount of festivals happening throughout Asia, at least from a media perspective. Would you say there’s a noticeable increase in large scale events? And if so, how do you think this affects the industry/market?

Actually we have constantly had homegrown dance festivals and big events for the last two decades in our country, so it doesn’t look like a sudden increase to me. Right, bringing those European or American mega events to your country is kind of a trend in Asia now, and those can be media hypes more easily, I think.

Unfortunately those events don’t push our kind of music so much hahah, but I hope they will be an entrance for young kids to discover the real stuff.

How special was it for you to finally connect with Derrick May for the first time knowing that your style of techno was heavily influenced by the sound of Detroit?

I was originally an electronic music kid since I first listened to YMO when I was 9 years old. Then I had listened to all kinds of electronic music over the world and wanted to be an electronic musician myself. Derrick May was the final influence which made me decide my music style to produce. ’88 was the year I encountered his music like ‘It Is What It Is’ or ‘Beyond The Dance.’ Then I got a chance to meet him in person in ’92 when he played in Japan for the first time. I gave him my demo tracks on a cassette tape and he sent me a postcard back a few months later. Then I made my professional debut on R & S Records in ’93 and started playing with him in various events. We have so many stories to share since then. Having him for this documentary was definitely the first priority for me. 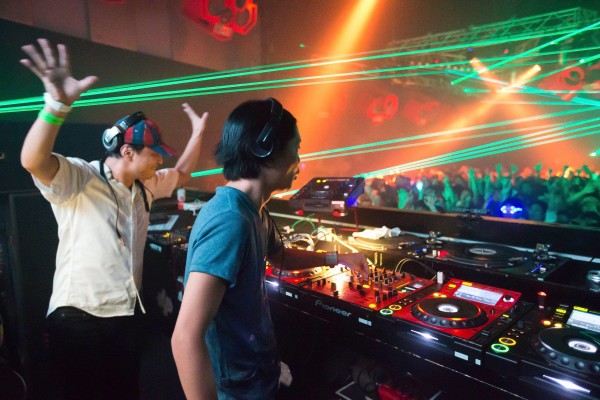 We were fortunate to witness your highly anticipated debut back-to-back set with Takkyu Ishino at the recent WIRED CLASH last month in Tokyo. How did the idea finally come about? And how did both of you feel about the set after it was over? Can we expect more b2b sets from the both of you in the near future?

We have been friends since the early ’90’s, but it seems like we didn’t share the same fans so much in Japan and even the music/club industry people think we didn’t get along well together hahah. Nobody really asked us for a back-to-back set, actually. However, Takkyu and I were booked for the same outdoor festival in Taiwan early this year and we partied together in the tropical atmosphere. Then we had drinks and a long chat face to face in a hotel room, which happened to us for the first time. We clicked together there and started talking about some projects after we got back to Japan. Doing a back-to-back was one of them.

On the show day, we were actually nervous before the gig, although we are not that kind of guys usually haha. We knew it was quite expected by fans. Once the gig started, our chemistry did work and the crowd reactions were really awesome! When it was over, we simply had a great feeling, and felt accomplished. I don’t think we will do it again so soon…because this was really something special for us. 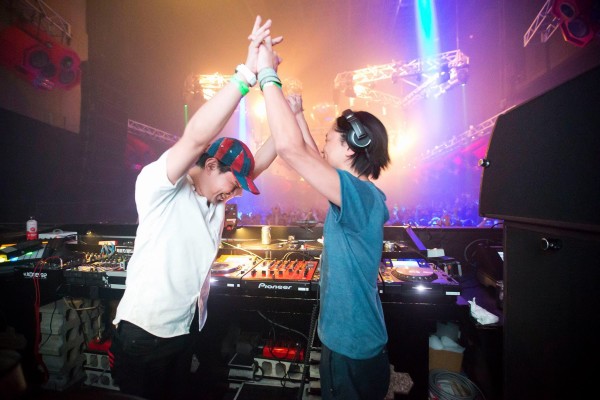 What was the inspiration behind Flare, the alias you created years ago with the recent release of your Leaps EP? What is the vision you have for Flare and how is this alias (among others you hold) different from making music under your own name?

This project is for freestyle and experimental electronic music in my own way. When I do Ken Ishii projects I think of my listeners and of doing what they expect towards this name to a certain extent. Also I would like to keep doing techno or something inspired by a word “techno.”

In the meantime, I have total musical freedom under the alias Flare. The concept is simple, “Just do what I want to do. If somebody likes it, it would be nice.” I don’t even think about my fans, press, or anything when working on Flare tracks. I just enjoy myself.

This music and culture has impacted people in many ways. For you, what makes techno/electronic music so special?

This music and culture gave me everything! If techno didn’t exist I wouldn’t have started making music or playing it to others and I would never have travelled worldwide. I would have been an ordinary Japanese salaried man without it! hahaha