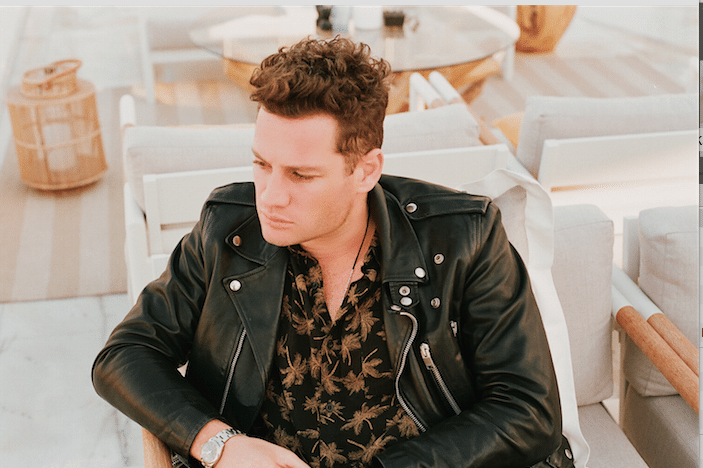 Australian DJ/Producer Kaz James follows up a string of huge releases with his new EP Life In Purple, out on Yousef’s Circus Recordings. A huge, emotionally-charged house track, Kaz continues to set the bar incredibly high.

The past year has been busy for Kaz, with releases on some of the house music’s most influential labels including Glasgow Underground, Nic Fanciulli’s Saved and Dennis Ferrer’s Objektivity. Alongside this, a busy touring schedule has seen him performing worldwide, having played at Brooklyn Mirage New York, Pacha Ibiza and KOKO London, whilst holding down his residency at Scorpios, Mykonos.

Title track “Life In Purple” is a smooth and melodic track, built around slowly evolving melodies and synth lines. With a propulsive groove that never lets up, it’s a rare and emotionally engaging house track that encompasses all aspects of a strong floor filler. This killer original receives further elevation with remixes from both Ben Pearce and fellow Circus affiliate, Ki Creighton. It is this last remix by Creighton which we are premiering today, as support from industry tastemakers including Radio 1’s Annie Mac, Pete Tong and Danny Howard continues to roll in.,

Kaz James’ Life In Purple EP will be released 23rd November via Circus Recordings and is available for order here.

Can you tell us about your initial experiences with music? Where do some of your earlier influences lie?

I remember watching MTV and Video hits as a kid. I loved groups like Black Box and C&C Music Factory. I thought they were so cool. There was something really exciting and energetic that I loved whenever they came on. I guess these were my earliest memories. I then went on to learn the trumpet. My stepfather was a trumpet player so I was forced to digest a lot of jazz music growing up. However, it was really in my early teens when I discovered dance music properly. I then started DJing and collecting records when I was around 14.

You grew up in Australia and now live in London. What do you notice about the differences between the Australian and London scene?

To be honest, I live in hotels, but I have spent a lot of time in London. The difference between the Australian scene and the London scene is massive. Londoners tend to embrace the scene and understand that it’s part of their culture. It’s a place where people can be creative and share their passion for great music. A lot of Australian’s are still stuck in the mindset that people who listen to electronic music instantly want to take ecstasy. They don’t really understand the scene or the culture, they kind of see it as a teen party movie starring James Franco where everyone is drunk or stoned dancing like idiots. So, because of this public perception, the government is continuously closing music venues in Australia which is seriously damaging this once, amazing music scene.

You’ve got a new EP ‘Life In Purple’ out on Circus Recordings. Your original is an emotionally charged track, what was the inspiration behind it?

I wanted to create a really strong dancefloor record that I could drop at any time and still get a big reaction. The key change at the drop is definitely my favourite part, that kind of flips it.

Outside of music you own your own chain of coffee shops. Can tell us more about that?

I’ve always had a passion for hospitality and coffee. What started off as a nice side project, somewhere to work on music and still be a business, accidentally turned into a little empire. Check out one of our Grinds across London if you get a chance.

How do you balance this with your music career?

Your music has taken you all over the world, what are some of the most memorable places that you have played?

There are so many, but nothing beats my residency at Scorpios in MYKONOS! The vibe there is just insane!

Through your travels, where would you say is a growing party scene? Possibly an emerging international party destination in the coming years?

For me, I would say Mykonos. Its scene is growing rapidly. Even though it’s always been a party island, it’s becoming stronger than ever.

You hold down a residency at Scorpios in Mykonos. Can you tell us about what you think makes a good resident DJ and the challenges that come with a residency?

It’s about smashing it every Sunday no matter what. A lot of the same people come every week so you have to really be on your game, deliver both consistently and eclectically.

What advice would you give to someone who is just starting out?

What do you have planned for the rest of the year and going into 2019?

I’ve been working on an album which will hopefully come out next year which I’m super excited about, so finishing that, then off on a South America tour over Christmas and New Year.