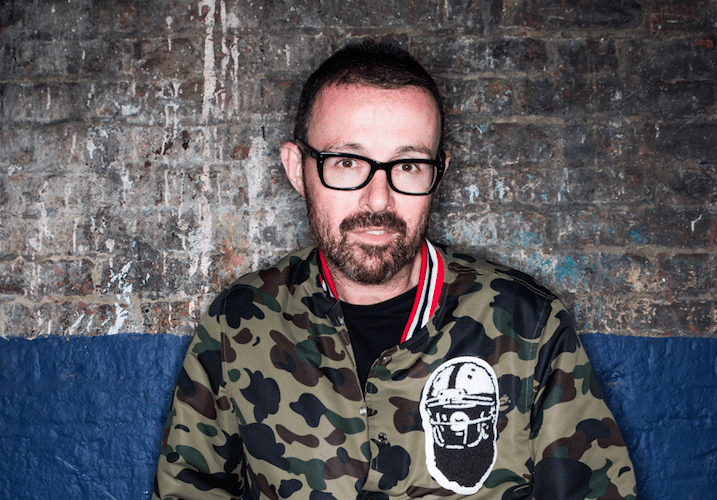 One of the scene’s most best-known names for more than three decades, Judge Jules has never shied away from pushing the boundaries in dance music. In 2019, for the first time ever, audiences will be able to experience the iconic tracks that have defined his career through a ten-piece live band with Judge Jules at the helm. This is Judge Jules: Live.

Jules’s in-depth involvement in many of the recent wave of “classical” dance events, including Gatecrasher, Colours, Club Class and 2019’s Ministry of Sound tour, inspired the decision to take the impact and emotion of the classical shows, but refine the feeling with a wholly new take on live dance music. The first dates will see Jules take the new live show to Sheffield, London, Bristol, Birmingham and Manchester, with more still to be announced.

With complete creative free rein, Jules curated every element of the performance. Each track has been bespoke, reinvented and reworked in a style unique to this live show, featuring a full ten-piece band, with brass, percussion, drums, bass guitar, lead guitar, keyboard, singers, and of course Judge Jules himself. A 90-minute show from start to finish, the music has been selected to represent the breadth and scale of his career

This is not a show to sit down for – combining the energy of specially-chosen outstanding musicians with his own inimitable presence behind the decks, Jules will take the audience on a tailor-made journey through dance music with vocals, hands-in-the-air moments and plenty of basslines that’ll take you right back to your very first rave.

With audiences demanding more from dance music and new-found focus on a visual as well as a sonic spectacle, Judge Jules Live is a chance for dance fans to lose themselves in the moment with the kind of experience that you just can’t replicate with a solitary DJ. With the first club dates announced and festival dates to be announced, Judge Jules Live will be an exciting addition to live music in 2019.

6AM sat down with Judge Jules for a 360 degree chat about this brand-new Live project. 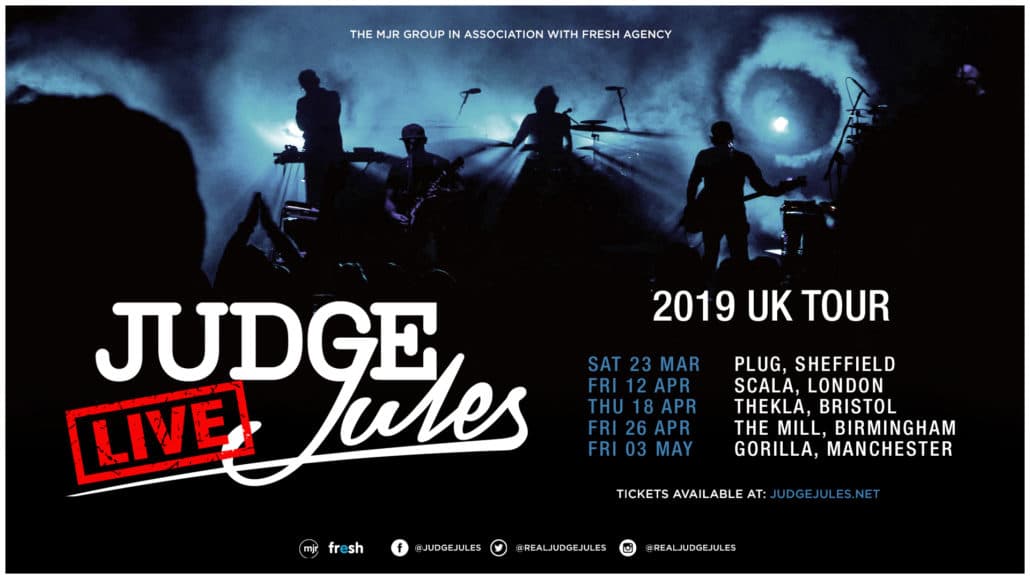 Hello mate, it’s great to get to chat with you again! You had a crazy busy 2018 and now here you are launching your new Live show! How did that idea come about?

Well, I’ve been involved with at least ten live ‘orchestra’ shows with brands like Gatecrasher, Ministry of Sound, Colours, Cream and Club Class, usually in a compere /DJ role. Only with Club Class and Ministry was I more involved in the curation.

The idea of doing a live show where I was involved from the ground up, with complete creative control is what this is about. We’ve been working on this project for the last year or so.

Other DJs have done live shows with orchestras… how do you hope yours will be different?

It’s different in almost every way. Firstly, it’s a band and not an orchestra. A 10-piece jazz/funky band plus myself and two vocalists. The orchestra shows are a fantastic experience, but the music is essentially re-scored note-for-note for an orchestra, without any modification to the arrangement of the original tracks. With my live show, the tracks are all re-written for the band to play from the ground up in a different style, specifically for this show. Each track is very different from the original.

Does it mean that you’re bored of the regular gigs you’ve been doing?

Not at all, this is just something different. When I’m DJing, full responsibility to deliver a great performance is with me from start to finish. With this new show, I’ve already done the bulk of the heavy lifting beforehand in the writing and rehearsals, so the band deliver 90% of the performance. This is a project where I’ve been creative during the preparation stage, rather than doing it on the fly whilst performing.

What kind of venues will these be set in?

We’re kicking off with more intimate traditional ‘gig’ venues. Later in the summer the plan is to take the show to some festival stages too.

Do you have any cities already scheduled?

We’re starting the tour in Sheffield on March 23rd, then Scala in London on April 12th, Thekla in Bristol on 18th April, The Mill in Birmingham on 26th April, and finally Gorilla in Manchester on 3rd May.

What instruments will be a part of the band for these shows?

It’s a 10-piece jazz/funky band, so you can expect drums, percussion, guitar, bass, keys, horn section – plus vocalists and myself, of course. Suffice to say the tracks will be given a completely new lease of life.

What kind of music can fans expect to hear?

I’ve taken a range of tracks which have stood out during my career, so expect stuff you’ll recognise, but heavily re-invented as a combination of funky, ethereal and jazzy, with an underlying dance beat.

Will be it dance-floor music or more of a sit-down-and-listen concert?

Definitely a dance-floor gig – there’s a lot of energy when you’ve got thirteen people hitting it heavy on stage, so there won’t be anyone stood still.

If there is one dream world venue you’d like to bring this Live show to, what would it be?

A tough one, but it’d have to be Madison Square Garden, simply because it’s so vast and iconic.