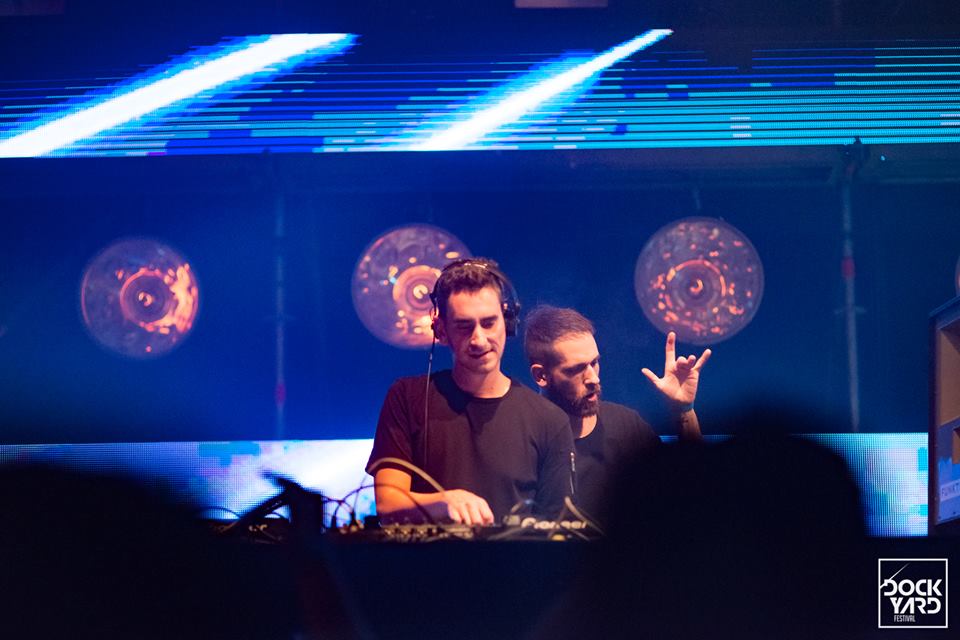 During Amsterdam Dance Event we took the time to make it to Dockyard, a one-day festival complete with five massive stages housed in tents that sits somewhere between land and water, surrounded by shipping containers and cranes.

One of the stages was being hosted by Spanish techno record label PoleGroup, featuring some of the most exciting raw techno talent that could be found at ADE this year. Artists the caliber of Reeko, Oscar Mulero, Lewis Fautzi as well as Jonas Kopp and Pfirter all put on an impressive display that day, providing festival goers with a slice of hard-hitting techno that was mostly absent elsewhere at Dockyard with the exception of Surgeon and Lady Starlight at the Terminal One stage.

Jonas Kopp and Pfirter are an Argentinian duo that have been around for the better part of two decades now, finding their home in the dark cavern of broody, powerfully-driven techno that has made PoleGroup such a respected label worldwide. Today they are releasing a brand-new split EP entitled Seek, a six track musical journey that begins in space and travels to the dance floor, taking the listener on a trip filled with heavy kicks, profound ambient soundscapes and aggressive 909 sequences. You can stream the release below and find it for purchase via Bandcamp. We briefly caught up with the duo ahead of the release to discuss their work together and the collaborative elements that make them such a successful studio and DJ project.

I just caught you both at the PoleGroup showcase at Dockyard Festival and thoroughly enjoyed your performance. There’s clear chemistry when you guys are playing together. How did your collaboration begin?

Pfirter: Our collaborations originally started in the studio in the early 2000´s. By that time we were both living in Buenos Aires and we both had similar expectations regarding production, so it felt natural to start working on music together, and this developed in a collaboration as djs too after some time. We both point in the same direction and that´s the only essential thing for this chemistry.

Jonas Kopp: Also we passed for some different way of thinking times and we respected each others at that time too… So this is the key I guess to keep this relationship in pure state of connection, and musically is way easy for us, we have similar character and music direction behind the decks. 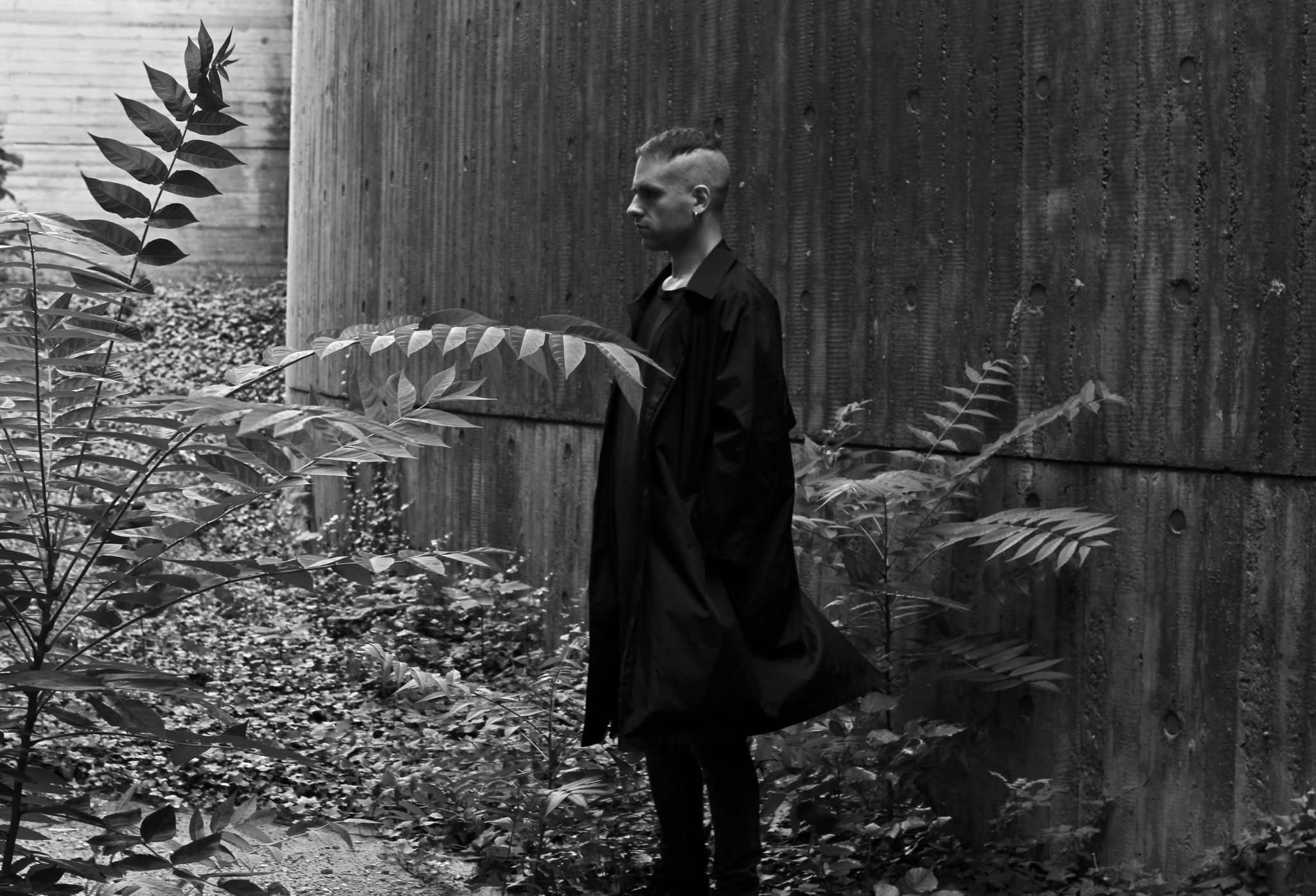 Do you find to have the same synergy in the studio together as you do playing live?

Pfirter: We do, but it´s very hard to find time to work together in the studio at the moment. We are more focused on sharing a concept and ideas and develop them by each other now.

Jonas Kopp: In my case is more difficult to get out of my own studio or share my studio times, but sometimes we meet for listenings and talks about ideas of our personal projects, also we are all the time online talking and sending each others previews of future tracks to get a honest feedback.

Have you ever thought of creating a project specifically for when you produce and play together?

We had a project in the past called Plan Tec, but now we both feel comfortable playing together under this communication. 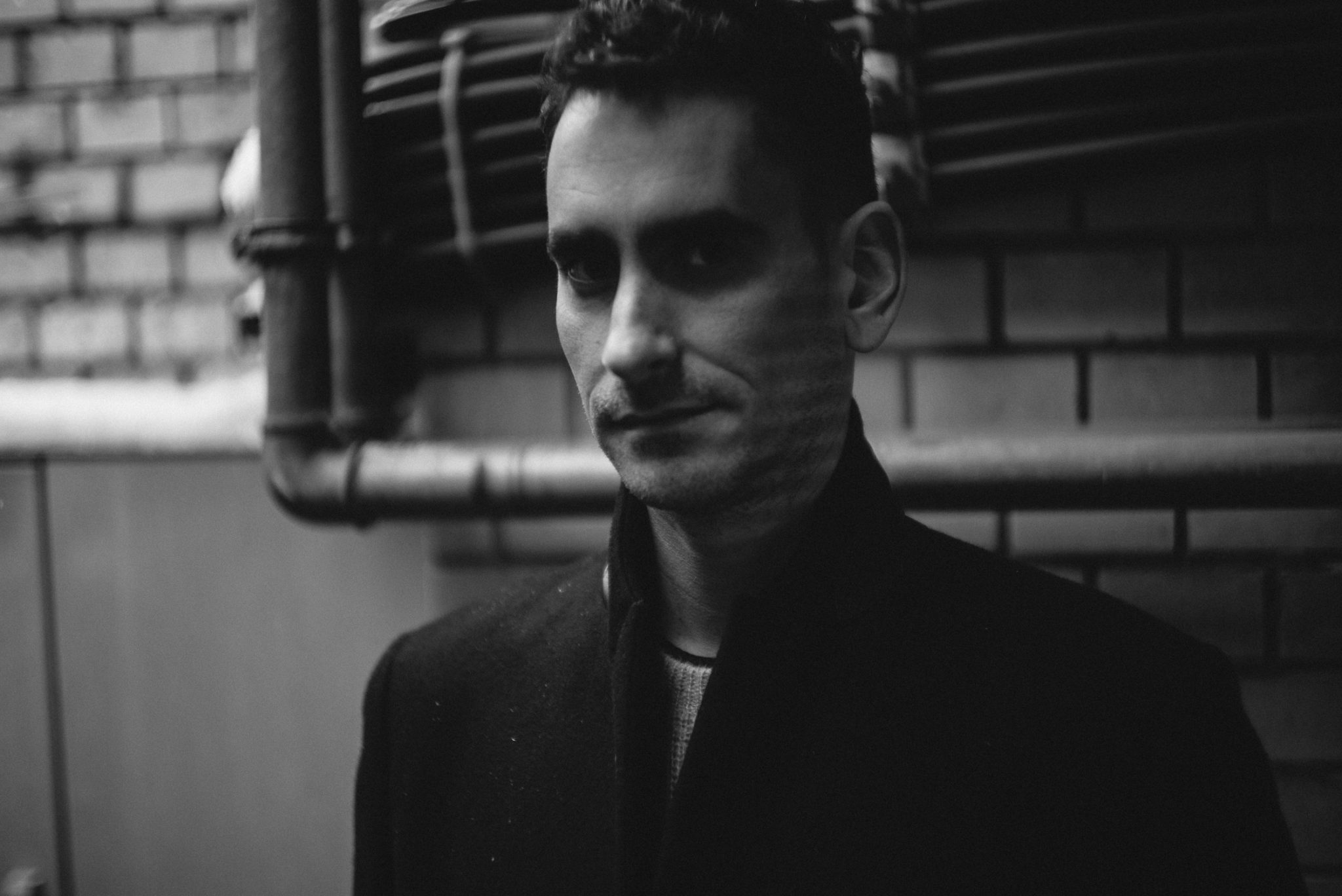 Do you find it easier to work alone or with one another when producing tracks?

Pfirter: I normally feel pretty comfortable working alone in the studio, although working with someone i trust and know deeply as Jonas can always end up being more creative and a lot of fun and experimentation.

Jonas Kopp: As I said before, for me this is a very personal moment, introspective, where I’m still discovering myself and new ways, so I feel that I need more and more time for myself at the moment to cover all my artistic ideas, for example now I find myself working on a new album for Tresor and also working on a double vinyl pack for my house project Untidy.

You haven’t played in the United States for quite some time now. Why is that?

It´s kind of a mystery for us too. We’ve been there a few times and was good fun but it´s not so simple to make it happen again. We don´t belong to any of the mainstream clubs/festivals going on in USA and the Techno scene is pretty small for such a big country, so it ends up being hard to coordinate a proper tour with at least 3 gigs…Not to mention that USA law makes it super hard for foreign DJs to receive a work permit, which is very simple in the rest of the planet. (Note: See our article on recent artist touring visa fee increase by 42%)