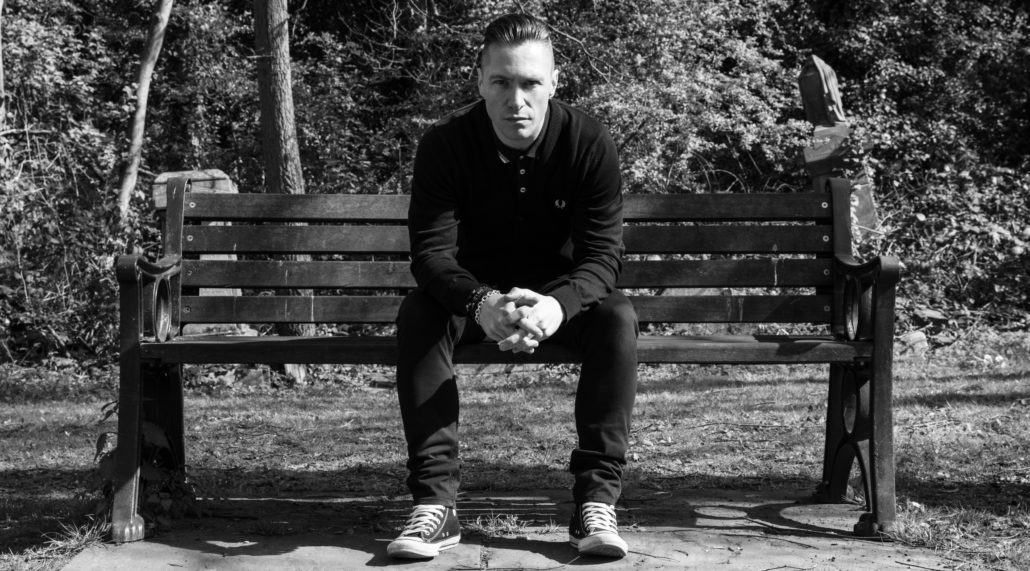 Jon Rundell‘s new release “Poetry” marks a controversial new direction for the British producer, DJ and label owner, as he seeks to challenging the status quo by giving away his music and the individual parts to them for free.

The moves is complete counter-current to the way the industry has been operating for years. Rundell has decided enough is enough. Increasingly frustrated with the underground music industry’s general resistance to change across the board, he’s decided to ditch the traditional DJ-only focused way of releasing music for multi-platform streaming, ensuring free to listen (in both senses) access to his tracks and even encouraging remixing in fans’ bedrooms across the world by releasing individual parts to this new track.

How? Rundell has decided to revive his own ETCH label to release a brand new single entitle “Poetry,” the first of a series that will see the label churn out tracks that will go straight to Soundcloud, Spotify and Youtube. Each track will be available for free download on SoundCloud, with its parts also available for download to make it easier for aspiring & professional producers to remix it or do whatever they want with them. Eventually, Rundell plans to keep an eye open for anything that may stand out to him from the result of his project and, if appropriate, release it in the same way on the label.

Rundell has been around for years, and this is in a way how he has decided to give back to the younger demographic of dance music fans that he knows have been coming out to party and dance to his music.

6AM caught up with the producer to get more details about the project and how it came about.

Hi Jon, it’s lovely to be speaking to you again. How has summer 2017 been treating you?

It’s been busy with gigs with Russia, Serbia, Ibiza, Croatia, Spain, Bosnia, Italy, China and Japan so far so no studio time sadly but I’ll get back in there in the Autumn. Not much time for sitting around in the sun either but never mind!

You’re about to shake up the world of record labels and the process of releasing music in today’s world. Let’s dissect this a little bit: how much do today’s electronic music artists really make off of a release’s sales?

It depends what kind of music you make really. If you’re Calvin Harris you’ll do well. If you make niche underground music then not so well. In all honesty, no one really makes any money doing vinyl these days, its more vanity than anything, and it’s difficult to break even selling downloads for most after mastering, artwork and PR costs for a release. Downloads have decreased across all music genres, from pop to techno, so it’s not just limited to what we do, it’s a social change.

Is streaming you think a bigger source of income than actual sales or are we not there yet?

It already is for some, including me. It’s still got miles to go yet though, I’m convinced it will increase even more over the next few years as technology develops further at an even faster rate. It’s about how many people are listening to your music now instead of sales. Having said that, some will not make much out of streaming either, you have to focus on writing tracks that connect with people and that they love to hear over and over again, but then that’s always been the case no matter what type of format it’s been on.

I did notice that artists, electronic and non, are reverting to releasing singles now and having them stream on Spotify for exposure (and money), rather than releasing longer EPs or even albums where their own tracks fight with one another for exposure. Is this a trend you’re noticing also?

Most music listeners rarely listened to a whole album when it was on CD, they’d probably play their favorite 4 or 5 tracks and skip the rest. They had to pay £15-£20 for that pleasure in the past, that’s a rip off really isn’t it. Downloads and streaming just reflect that fact in a more obvious way. Hardcore fans of that act would no doubt listen to the full album over and over though but we are talking about casual music listeners here more than anything, so perhaps some people have finally cottoned on to this fact and like I said above, just focused on writing really good tracks that connect with people more.

So… tell us, what is going to happen on September 1st with your release exactly?

It’ll go up on my Soundcloud page for people to listen to, to download if they wish to, and if any producers out there would like to remix it and do what they want with it, also download the parts to the track as well. It’ll go out on Spotify and Youtube too at the same time.

Is there a specific incident or recent moment that sparked this decision?

Not really, just general observations as to what was going on around me and listening to the next generation of music listener and how they were consuming music mostly. This is very important to do, too many of our industry remove themselves from doing this so it’s no wonder they are clueless until later down the line and don’t see what’s actually happening out there sooner.

Why this track, “Poetry,” and not another one?

I just felt it was a strong track that sounded different to everything else out there and had been going down well so I just went with it. All the tracks that will follow I’ve also worked hard on making sure they don’t all sound the same as much as I can. 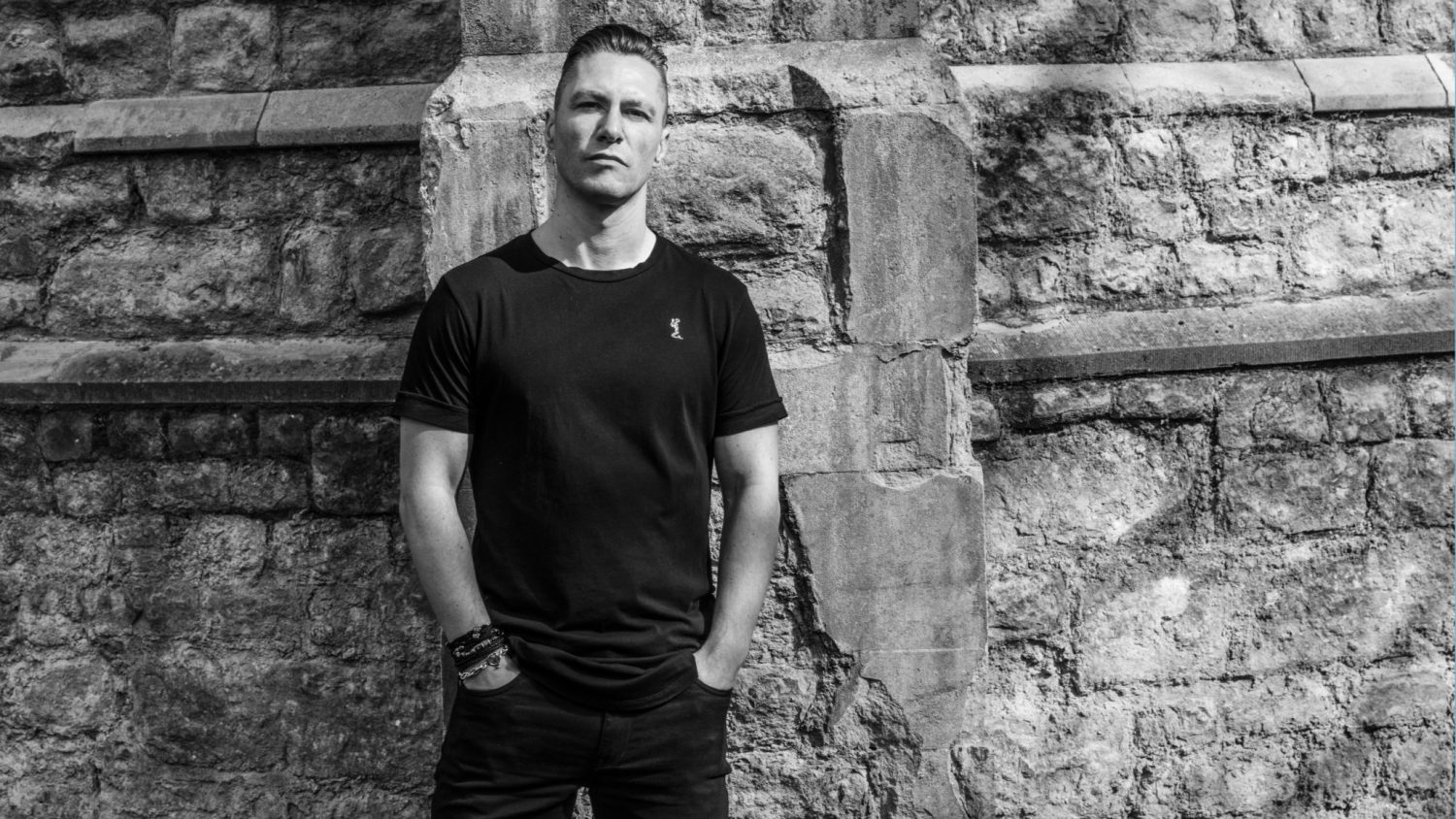 You’re also reviving your old label ETCH for this project. Any particular reason for this?

It was sat there waiting for me to do something with it and I wanted to release all these tracks myself. I didn’t want to have to wait for a label to tell me what to do and then wait a while before it came out. The thought of seeing if other labels would be interested never even entered my head.

Yes, from my Soundcloud page. I won’t exclude it as a format I just won’t be focusing on it as much. I’ll probably ditch downloads all together in the years to come though as I doubt there will be an actual need for them any longer, like iPods now for example.

Is this a one-off strategy for you or do you plan to adopt it again for future releases?

I’ll be doing this every track I put out there.

Do you foresee this will become more of an industry standard in years to come?

I doubt it, our industry mostly hates to give anything away for free. I see more, that being able to DJ with streamed music will be the standard once technology makes it so, so downloads will just become irrelevant in the end and then they will be all over it when it does!

If you were to advise an up-and-coming producer would you suggest they also make tracks available for free streaming and download this way?

I’d say sit in the studio every day and focus on writing the best music you can and don’t release anything for a few years, until you are up to it. This is way more important than anything else. We need to be clear here too that most streaming isn’t actually free, it generates revenue through ads. It just feels free to the listener. The hardest thing for any new producer is getting their music heard. There is no fast and easy route to this, just make really good records and people will pick up on them and listen to them eventually and then it will spread.

Let’s talk about the track a bit. What does the title mean?

I felt the lyrics were like a kind of poetry really so decided on that. And I guess I’m attempting to make my own poetry with this direction of doing things too so it seems fitting now I think about it.

Did you produce it with this project in mind?

No, I just focused on writing as good a track as I could.

Do you have any other works in the pipeline we can expect to enjoy a similar release in the coming months?

I’ll be releasing something every three weeks for the rest of the year and into next, and will try to keep that up as long as I feel I have something that I can release that is good enough.

Is this strategy something that may become the norm with your other label(s) too?

I don’t know, right now this is just for me.

Most definitely and Ill hopefully bump into you and we can talk more!

Looking forward to it!