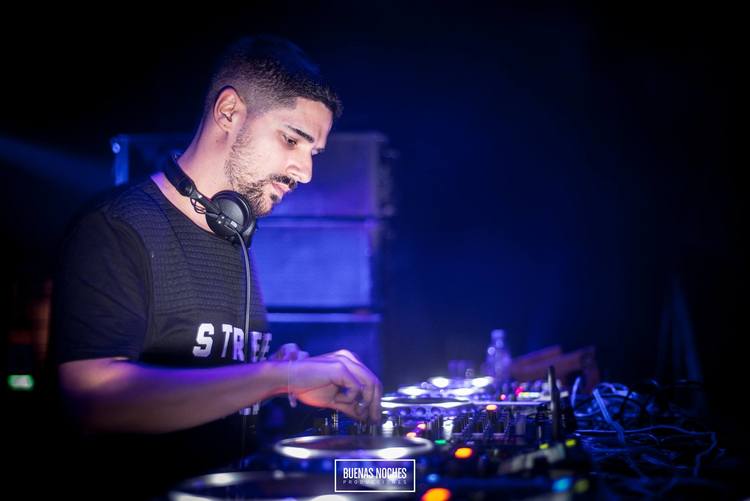 Thanks to his blend of Chicago house and old-school techno, Hector Couto has been busy making waves within the dance scene for the past seven years. His groove-thickened vibey DJ sets have seen him throw it down at some of the biggest clubs and festivals in the world, while his prolific work in the studio has landed him successful releases on labels such as Hot Creations, 20/20 Vision, Get Physical, Moon Harbour and Defected, also releasing on his own label Roush. All in all, it’s safe to assume that he has been building up quite an impressive resumé as both a producer, DJ and label-owner.

Couto, who’s commanded respect from the industry through his achievements, in no time at all has appeared in the Resident Advisor’s Top 100 Most Charted artists and nominated as one of the best house artist for the Vicious Music Awards in 2015.

Lauded time and time again for his “unique” style, Couto decided in 2013 to launch his own record label Roush and believes that with his ability to balance established artists and emerging talent is what makes the imprint standout in the genre’s hugely competitive market.

We caught up with the Spaniard, who is based in Tenerife, ahead of his North America Mini-Tour this weekend, and asked him to share five tracks that he believes embody the spirit of summer 2017.

Hola Hector! Where are you talking to us from today?

You’ve been a man on the move and are about to come to North America for a mini-tour at the end of the month. Tell us a little about it!

I’m so happy to be back in North America,  especially because it’s my first visit to San Francisco and Las Vegas

What have your past North American tour experiences been like?

Totally amazing, loved the last tour visiting Los Angeles and San Diego, The crowd responded really well to my style, which is defined between Chicago house and old-school techno, and that was really important to me!

Any favorite clubs out on this side of the pond?

Halcylon in San Francisco and Cielo in New York City.

As a European artist, do you feel there’s a difference between the crowd/touring experience in Canada and the U.S.? How so?

It depends on many factors, in my experience they have always responded well in both places I have played but the North American public is very demanding and whenever I return it is a challenge for me! So get ready Toronto, San Francisco and Las Vegas!

You have a hot summer coming up with a bunch of Ibiza dates lined up! Are you excited?

Sure I can’t wait for the start of season on the White Island and this summer looks really mad for me, I have gigs confirmed in Amnesia, Together and Do Not Sleep and few more to be announced soon! 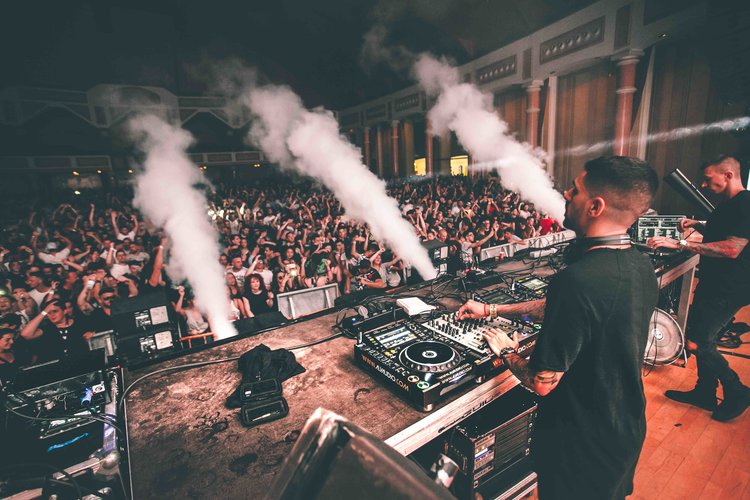 Did you use to go to the island to party before making it big as an artist?

Yes and I loved it, many things have changed in Ibiza but it is still the place with the best parties on the planet! Totally a must-visit.

Did you ever stand on a dance floor back then, look at the DJ booth and think “One day I am going to play here!”?

That happen to me in Amnesia Ibiza, I always dreamed to play there and finally I had the honor at the Amnesia Opening three years ago.

Do you feel like the spirit and experience of Ibiza has changed since those days?

I think that the magic of Ibiza has been lost a few years ago, people care less about the music and more about bottles and VIP tables in my opinion, And that type of public is not the ideal for a good party with a good vibe!

What else do you have going on this summer?

Many gigs around the globe and my Ibiza season looks pretty intense, new releases coming out on Saved Records and on my label Roush this summer. Also a remix on CUFF, Amine Edge & DANCE’s label!

You’ve put together a nice playlist for us! Can you talk us through the tracks you selected and why?

Definitely, I chose them all to give an idea of my sound and what I am into at the moment:

This is my new track released in July on Saved Records owned by Nic Fanciulli. You will have to wait to listen to it though!

Released on my label Roush, this track combines punchy kicks with infectious vocals into a massive nightclub track.

“Nasty Is Tasty” was released this year on Steve Lawler’s imprint Viva Music. I love the vibe this tune has and it was made to play on any dancefloor, It’s a real party starter!

My remix for Steve Lawler released in January via Roush label, it’s a track that concentrates on percussions, with a driving low-slung groove and rugged drum licks guiding the production into an energy-fueled workout across five and a half minutes.

Thank you for the wonderful selection! Your career has been on a steady upward trajectory for years now. What are some bucket-list items you have yet to accomplish?

I would love to play in Asia at clubs like Womb in Tokyo, Japan, or Time Club in Manila in the Philippines.