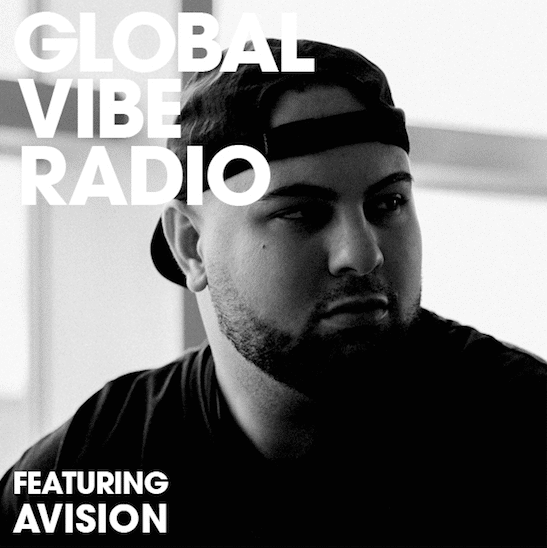 Fortunate to grow up around the rich club culture of NYC and influenced by the sounds around him, Avision now finds himself helping to usher in a new wave of techno for the New York scene. Over the last year, he’s had releases on a range of influential labels like Alan Fitzpatrick’s We Are The Brave, Ben Sims’ Hardgroove & Machine, Pan Pot’s Second State, Mark Broom’s Beardman Records, Carl Cox’s Intec, Cassy’s Kwench Records, Victor Calderone’s Matter+, On Edge Society, and Inmotion LTD.

Avision started young on the turntables at age 12, and his preference for a more mature sound lead to his first residency in New Jersey by the time he was 15. Recent touring highlights include gigs at The Brooklyn Mirage, Output, Flash Factory, Schimanski and the Mixmag Lab in NYC, Stereo in Montreal, Nest in Toronto, Space & Heart in Miami, as well as festivals like Amsterdam Dance Event, Electric Daisy Carnival in Las Vegas and Electric Zoo. Avision’s legacy is growing through club land like a supernova exploding in the farthest reaches of our galaxy…and he’s just getting started.

Today we present to you a live recording from his recent set at Club Space, in Miami, where he shared the stage with Victor Calderone, as well as an exclusive interview which you can read below.

Catch Avision perform at Shimanski in New York City on March 30th as part of Alan Fitzpatrick’s We Are The Brave showcase. Tickets and info can be found here.

Happy 2019 Anthony, thanks for taking the time to chat with us! We know it’s early in the year, but how has the beginning of 2019 been for you so far with music and shows? Break it down for us…

Hey guys! Thanks for having me. 2019 has been busy so far; I just recently played at Bijou in Boston, Nest in Toronto, and the infamous Space Miami. February is looking great as well as Victor Calderone invited me to play at Stereo in Montreal with him. Musically, I have 5 EP’s confirmed as I just dropped my second EP with the On Edge Society label in January. For the rest of the year, so far I have an EP on Mindshake, one on Eats Everything and Andres Campo’s new label “Eight”, and a follow-up EP for We Are The Brave as well as a VA track with them. I have some other things working as well but just waiting on a few confirmations.

It’s no longer news that “Techno” has officially hit a wider demographic than it ever has in the past thus creating different layers within this specific sound. How do you manage to successfully find the balance between the wide variation and velocity of this genre as you had releases both on Pan-Pot’s Second State label and Ben Sims’ Hardgroove label? Not too many artists we know in our scene can find such perfect equilibrium, can you elaborate your thoughts on this?

I think for me it’s more about making music that really relates to me, and what I’m feeling. It just so happens that the artists and labels I’m releasing with like it! I don’t really think of it as a balance, I think it’s more about having a sound, and embracing it rather than making something that sounds like a label or another artist. As you said it’s hard to be releasing with labels such as Second State, and then Hardgroove, but for me I think it’s about knowing which records go where, and which ones I want in each market. Like I said before, for 2019 I have a ton of releases coming out, and I am releasing on a wide range of labels, so I do plan to keep dabbling in the different areas of techno.

Time is our most valuable resource in life, in which many artists in our scene dedicate a ton of time in their pursuit of being a music producer. Can you share some high-level production tips and insights that may help them craft their own process and flow so they can work more efficiently in the studio?

I think the best advice I can give is to know your gear. Know your DAW inside and out, because that will speed up your process to get your ideas down sooner. I’ve been using Logic for over 10 years now, and because I’m so comfortable with using it, I’ve been able to pump out my tracks quicker. Here are a few other tips:

For someone who is just starting out on their journey as an aspiring electronic music DJ/producer, what are some sound advice you can provide to this individual that can help them begin their path with a better mindset and approach?

Know your craft, and study it. Study the best, to become better, it’s so important for young artists to see, and hear artists that are dominating the industry. As an artist, we need to be inspired to take our career to the next level and I think that comes from going out and seeing what you love and what you want to change. The change is what will set you apart from the next artist.

While we are happy to see your progress and growth heading into the right path and trajectory, we know that no one gets there without some sort of sacrifice and struggle that comes along with the rewards. Can you share what your journey has been like so far and how you were able to overcome some of the pains and perhaps continued struggles that you need to face and overcome in order to keep pushing through?

My journey started at the age of 15 when I started playing teen clubs in the NY/NJ area. When I was a teen this industry was nothing but innocence, love, and passion for music. I never knew what I was getting into being so young and eager to know/learn everything. As I started getting older I was able to get a head start with playing older clubs and releasing my music. I had my first release when I was 16 years old and truthfully I had no idea what I was doing. So from a young age to now, I think the one thing that I always carried with me was the love and passion for music. There are times when you get let down and you feel like you’re not good enough. Those are the moments when you need to work harder, and push through those rough times.  There is no greater feeling than being able to make a record that makes people dance and have fun to. As an artist, we sacrifice and dedicate so much time to this craft, it’s important to know why you are doing what you do. With that being said, you have to put in the time, and work is work. You have to do whatever it takes to get to where you want to go and I always made a promise to myself that I would never stop, and I will work harder than the next guy to get where I need to be and once I’m there I will never settle.

No one in our industry likes to see iconic venues close its doors, but with so many that have taken place in NY (most recent being Output) what can you comment on the current state of club culture in NY and where do you think all this is heading?

I think the club culture in NY is going through a little bit of a transition. It happens, and a club like Output had an amazing run and I’m interested to see where NY goes with this transition. I can say I think there is something brewing. I would love to see a proper room in the city, and a place everyone can gather again. Although, there is some major things going on with the Teksupport guys, and at The Brooklyn Mirage. This past year I played a good amount of Teksupport events and I have to say they are doing some amazing work. A force to be reckoned with for sure. Another amazing venue I had the opportunity to play this past year was The Brooklyn Mirage, and to be honest there is nothing like that venue in the world. They are killing it to say the least and to be able to play there was such an amazing experience. These two groups are taking over Brooklyn and it’s really interesting to see.

Let’s talk about music! Being warehouse junkies that we are, what are some tracks you would consider dropping during your set if you were to play at a proper underground warehouse setting? Specifically, peak time tracks and a closing track you would play at 6AM?

Here are some classic warehouse vibe tracks for me:

Closing Track would be either:

Floorplan- Tell You No Lie 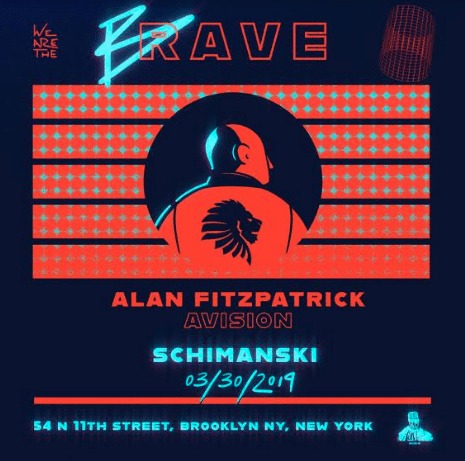