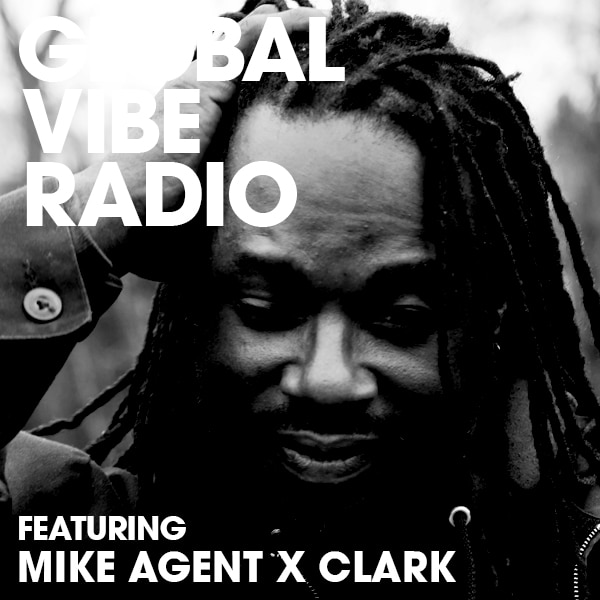 This week’s episode of Global Vibe Radio comes from a true OG, the legendary producer/DJ & original house head that is known globally as the “Ambassador Of House Music”: Mike Agent X Clark. The mix was recorded Live at Northern Light in Detroit for Mike’s birthday party.

Mike is the founder of international record label, Strictly Beatdown Recordings and clothing line, Strictly Beatdown Detroit. Listen to the mix below, download it for FREE here and read on for our exclusive interview with Mike himself.

Hi Mike, thank you for taking the time to chat with us. How is Detroit this time of year?

Thank you for asking! Right now Detroit is at its coldest, it has been -10 all week and it’s -8 as we speak!

We still manage to make things happen. My birthday was on the 4th of January and we had two different parties at two different venues. As cold as it was, we had a great turn out. Folks are getting ready for WMC and Movement but meanwhile I still have winter parties going on. I have a semi weekly and a monthly event with decent special guest gigs around the city which keeps me busy! One thing about Detroit is that we are never short of parties!

Did you do anything exciting over the holidays and NYE?

Christmas and NYE were record breaking lows and I had a private party at the house. I do like to cook and I recently bought a smoker. I smoked two whole turkeys over the holidays and made some music as well. For me, the best time to make music is in the winter!

You’ve been involved with electronic music for a long time now, but what came before house and techno for you? What did you used to listen to before you discovered these genres?

As a child I was into Jazz Rock Orchestra music like Old Black and White Film Scores then Funk, Afro and Black Jazz – I found my personal heaven. Then disco came into play and it grabbed me on a spiritual and personal level. As I was old enough to get into clubs such as The New York Club I learnt about what we called Progressive. From there I got into DJing myself. Italo Disco made a huge wave here in Detroit and shortly after that we started making our own music.

How did you first discover electronic music?

We had a radio show called WJZZ and WGPR. JZZ played a lot of cutting edge electronic Jazz like Herbie Hancock, Synth Trax, Asymuth, Jean Luc, Ponty, to name a few. While GPR had a legendary DJ named The Electrofying Mojo who supported all the eclectic B-sided gems as well as the local electronic scene. It was all a huge draw in to me and before I knew it I was involved myself.

Who were the pioneers that inspired you back then?

Giorgio Moroder, Kraftwerk, Patrick Crowley, DEVO, Gary Newman, Asymuth, Jean Luc Ponty, Thomas Dolby, Tantra Martin, Circus. I could keep going but you get the basis of where I come from.

You’ve been involved in this industry for a long time but took a break at some point. Why was that?

I pretty much started in the entertainment industry when I was 12 and had a lot of things that I explored and got heavily involved in. I had my own view of how things went and because of my naivety and trusting nature I was betrayed by people I looked up to and it really did a number on my head. I eventually just didn’t want to be involved in the industry any more. I was also a full time Cosmetologist and Martial Artist during that time so I took a break, went back to school and continued my martial art practice.

What prompted your decision to get back into the groove of things?

Interesting story actually: Techno producer Dan Bell opened a distribution store down the hall from my loft and I would visit him from time to time. Eventually, that little music bug started biting me again. Before I knew it, I would start working with him. Theo Parrish and Jim Stone taking order and such. That opened a door as Jim Stone and Keven Hanson were organizing old school parties. I didn’t have any new records since I took that break so I played old school Funk and Progressive stuff. So one day while all this was going on Dan Bell had a distressing phone call with an order he was trying to get going out of New York with Northcott distribution. Luckily, I knew the owner from UR days so I got on the phone with him (Tommy Musto) and helped straighten it out then Tommy started sending me promos of all his label artists… AND THAT WAS THE REAL BEGINNING!! All those new tunes were coming in and sounding good so from there I started mixing at home again and an opportunity popped up while showing a friend how to DJ. We were practicing at a club he was working at called Motor. They were really digging my style and what I was playing so asked me to be a resident – the rest is history! 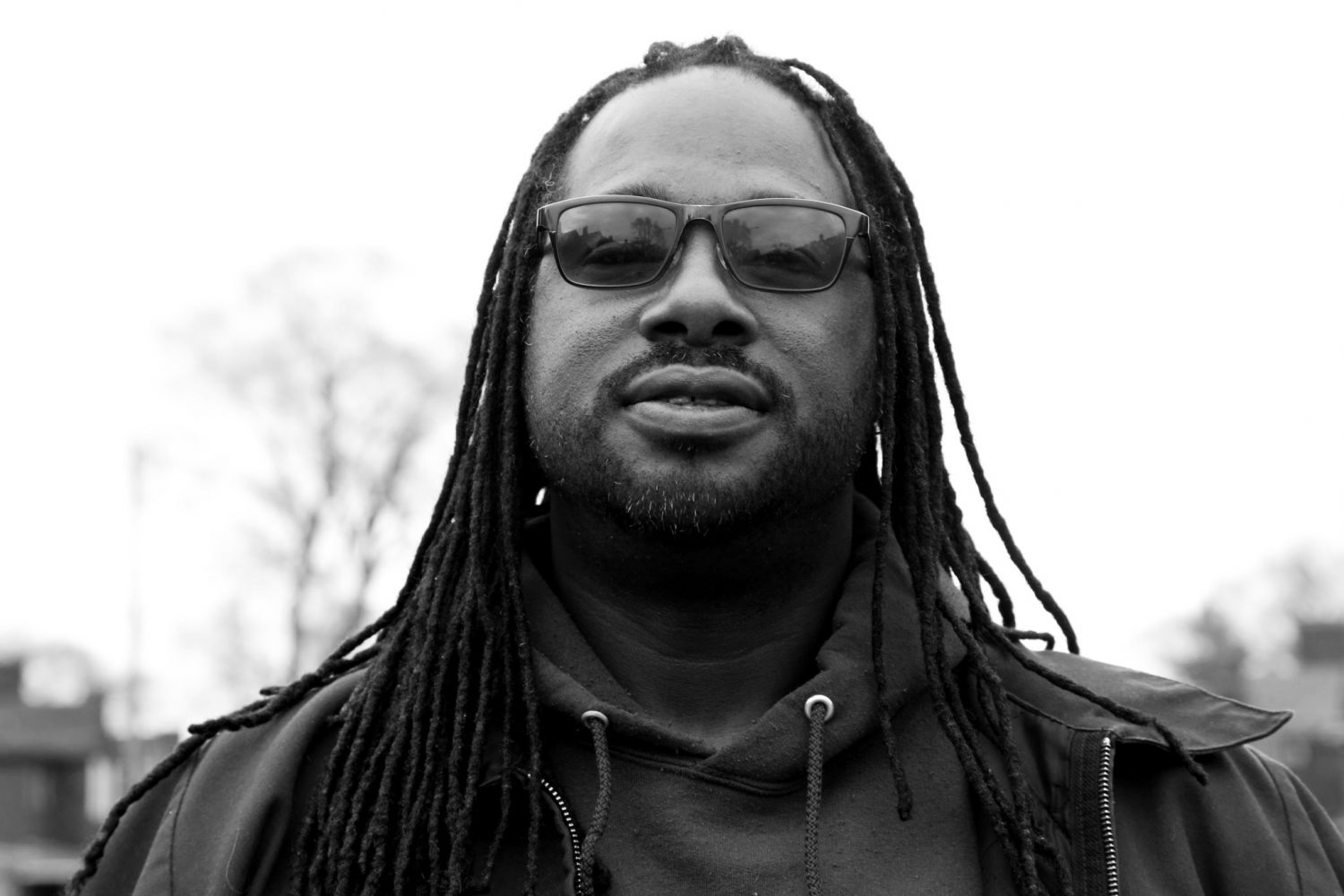 You founded Strictly Beatdown Recordings a while back too. What was the purpose of the label then and how has it changed over time?

Beatdown was a label I originally intended to be for me and all my peeps here in Detroit. A label for that Deep, Soulful, Funky sound. Despite things not going as planned, it became my personal outlet. I still use it for that purpose. Sometimes I want to give it the huge label push but I don’t have the headspace to go there right now and my partner on the label, Sarah Townson, runs it. She handles all the affairs but we need more people onboard to give it proper attention. Who know what the future holds…

What are your goals as an artist today?

As an artist, I plan to give it all I got! My music, my DJing, parties, shows etc. I have set no limits!

Which other artists in Detroit are bringing the heat right now?

Detroit has been a city shaped by music for decades now. How do you feel electronic music is shaping the city today, in 2018?

Well its definitely taking many shapes. At one point we were only seen as a city of Techno which actually gave limitation to a lot of the artist that came up in the more Soulful, Motown, Funk roots but eventually the world remembered that Funk and Soul breathes here as much as anywhere else and in some cases even more. These days people move here for musical inspiration, to learn the music as well as contribute to the scene and we have had many different events because of it!. We have Movement or DEMF as some still like to call it and Chair Vari festival, which is rooted to our original dance scene Techtroit.

What tips and advice would you give young and up-and-coming artists in your home city of Detroit?

With Detroit having such rich roots of electronic music history since the beginning – treasure it and give it the highest respect it deserves because it is your heritage and it is up to you to preserve it! Represent Detroit as a soldier and warrior.

Well, I have a manager, finally! Her name is Laura Ames-Carder and we were introduced by our mutual Canadian friend, Charles Lewis, at ADE in Amsterdam last year. She is working hard at getting me more gigs, finding a booking agent, more hit records, updating my EPK and coaching me to get more sleep and do more exercise! I am happy to have her as an addition to my team.