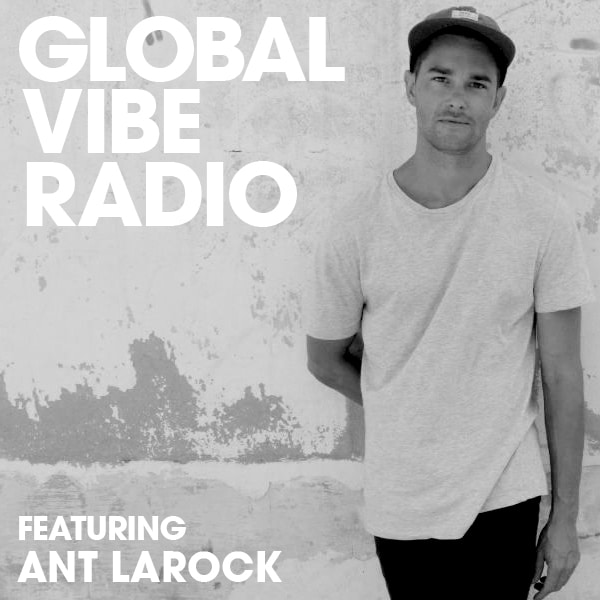 The first GVR of 2018 comes from house music producer and DJ Ant LaRock, whose 2017 saw him release on Todd Terry’s InHouse Recrds, Brobot, Dopewax, SOUP NYC and ready up for a second SOUP NYC release alongside Devon James and out on Jan 11th, 2018.

Enjoy the one hour mix below, download it for FREE here and read on for our interview with Ant and full track listing at the end of the article!

Hi Ant, how was your holiday season? Festive?

I’m amazing. Very busy which is always good in this industry. I feel festive, last year I spent the holidays in England and this year I was back Stateside.

Awesome. Let’s talk about the mix first. Any gems in there we should keep an ear open for?

Ya, I’m still pumped about the latest release with my dudes at SOUP NYC, the collaboration with Klienfeld, “Back Back”. The track came together very organically. Klienfeld and I had been swapping ideas for a little while and I sent him a tune, he killed his remix, then I remixed his remix and scrapped the original all together. That all happened within 24 hours. I love people who work fast and Klienfeld is just a beast in general so he always inspires me. The end product is something I love spinning and I was psyched when SOUP picked it up.

What’s your thought process when putting together a mix like this one? Is there anything in particular you’re trying to achieve?

I bounce around sub-genres a lot, both live and in the studio. So knowing the 6AM brand, I was really excited to showcase my Tech House/Techno colors. I chose tracks that reflect my taste as an artist and that I have been spinning and inspired by lately.

You discovered music at a fairly young age, and immersed yourself in it as a musician too. Can you walk us through your formative years in music and what you were listening to before you discovered electronic music?

When I started playing guitar and bass at 13, I was into Led Zeppelin and Pink Floyd, standard suburb shit. But by 14, I switched to playing bass full time and got bit by the funk/fusion bug. So I was this skinny white kid, listening to Parliament, Herbie Hancock and Jamiroquai non-stop. At the same time, I was a huge Hip Hop and Trip Hop fan throughout the 90s which is what forced my hand towards production by like ’96. I studied jazz in college but was also a huge rave kid in the late 90’s/early 2000’s. So I have just as much love for Goldie’s Timeless as I do for Mingus’ Ah Um. I’m just a big fan of music and it all comes out through my records.

What was your introduction to house music? Do you remember those first tracks and artists you were all about back then?

I remember House being on the radio in the early ’90s like Crystal Waters and CeCe Peniston. At that time, it was just good music to me. The first time I recognized the music for being something different, something made for a club, was Daft Punk’s Homework in 1997. On that album is the track “Teachers” where they name a ton of amazing DJs and I was so inspired and intrigued that I went out and researched those artists and listened to their music. It’s pretty crazy to think I’m friends with some of those guys now.

Todd Terry and his label have been an important part of your career thus far. How did that connection first take place?

I took a bunch of time away from music and when I finally got back to making tracks, I was really only doing it for myself. I would let some friends or my sister listen. I sent my sister this track, she loved it, then she sent over to her friend Marybeth who worked for Todd’s management company. Marybeth called me immediately and asked if she could show it to some people. The next day she said Todd wanted to release it! I feel really lucky that such an influential figure in House Music got behind me so early.

What is your relationship with Todd outside of music?

He lets me cut his lawn when he’s on tour… Joking! We are tight but besides the music connection, I’ve met so many people through Todd. I was taken into this NYC House family with him, Kenny Dope, Roland Clark, Alexander Technique, Michael Moog and Junior Sanchez, plus all their families and friends. Now wherever I am in the world, I have this extended House Music family to hang out with, all because of Todd. Plus we were house-mates in Ibiza a couple summers back and you have no choice but to get to know each other well.

Getting that record release was so important for you. What advice would you give aspiring producers on how to approach labels they want to release on?

The music is the most important part. Plain and simple. Being new can also work to your advantage. My friend Corbi from Fina Records put it best, “Everyone wants to be the person to discover the next great artist”. Also, do your research, know the labels you are submitting to. Don’t send Deep House to Drumcode and expect a response.

If you were to look back at 2017 what is the single best moment you experienced professionally?

Kenny Dope remixed my track, “Sanctuary” that was released on his Dopewax label. It was a huge honor.

Are you a night owl or a morning person?

If no one bothers me, I stay up until 7AM and sleep until 4PM. Night owl.

What gets you out of bed on a mid-week morning that isn’t music?

Coffee, sex and yoga. But not all at once.

Do you have any hobbies you like to practice outside of studio time and DJing?

If you could choose one place to eat at for the rest of your life, what would it be?

2018 is just around the corner and we are sure you have quite a bit planned ahead… any goals you’re willing to commit yourself to with us?

I want a couple releases with some of the bigger House labels and establish myself more as a touring artist. I just booked 4 dates in Australia for early 2018 so we are on our way.

Ant LaRock v. Klienfeld – “Back Back” is out now on SOUP NYC and available via Beatport