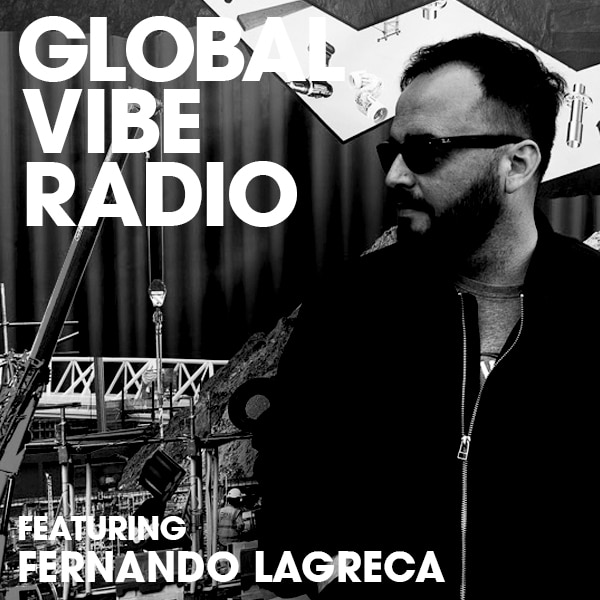 For the 81st edition of Global Vibe Radio we tap Spanish producer, live act and label owner Fernando Lagreca, who delivers with a special LIVE set recorded at “Etnika”

After the big success of his last album (Control, out in 2014) that took him to appear in festivals like Sónar, ElectroSplash, BIME, and rooms like Razzmatazz, The Warehouse and Dabadaba, Fernando begins 2017 leaving behind a year in which it has not stopped to releasing new original stuff (Envy, Kassiopeia Kollektive, Musex Industries and Sincopat were some of their labels).

And of course outstanding remixes for crucial artists such as Affkt (Sincopat’s head-honcho) and Greg Kozo among others, besides making numerous presentations in venues like Manrusiónica, Peacock Festival, Loftas Lithuania or Input Barcelona. As well as being support artist of Jan Blomqvist in his presentations in Spain.

Enjoy the mix below and read on for our interview with the talented artist.

Ciao Fernando, thank you for the podcast! This was recorded live right? Can you tell us a little about that gig and how it was for you to play it?

Ciao! You’re welcome, it is a pleasure… this is a live set I did at a really nice location near the Costa Brava, called ‘Platja d’Haro’. It was in a party called Etnika, run by a local group of young promoters, they are doing really good stuff in Girona and Barcelona. And it was great to play there, because it was a day-time gig, with superb sound and lot of people around, the booth was placed very near the audience, so they could do what i was doing with the machines, etc… it was nice.

Any favorite tracks in there we should keep our ear open for?

Well, since it is a live act, I did re-versioned edits of my own stuff, and most of the tunes I play live aren’t finished tracks, just ideas, because I improvise a lot, I am used to playing with just with hardware (no computer) and I never know what comes next. There is a big part of the sounds and sequences that are modulated on stage, on the fly. but I recall there is one track called “A Thousand Years” which will be released on my next EP to be available at the end October on my own label Beautiful Accident that I played during this set, in a very special version with ethnic voices.

What are some of your go-to hardware and software in the studio?

For live sets I use Elektron Octatrack, Novation Circuit, aRoland TR09, a Cyclone TT303 Bass Boot and some small synth and pedals. I am now trying to reduce my live setup adding a Pioneer Toraiz Sampler + 2-3 things around it though… in the studio I use all of that plus a Moog Sub 37, Nord Wave, Novation Bass Station, Analog Keys and some pedals as well, and Logic + Waves do the trick on the software side…

These days what do you find gives you the most inspiration when it comes to producing music?

Every time it’s different, sometimes a book offers me inspiration, sometimes a phrase, or a movie, or a person… I am now doing more danceable tunes than before, so perhaps now I  am mostly influenced by dance floor images or ancestral dances, like a lot to add percussion to my drum parts…

You have an EP coming out at the end of the month. Can you tell us a little about it, the sound and what you hope it communicates to your listeners?

Yeah, this new EP is the second part of another one which I released in May this year, and both are based on imperfections… these are my alibi to present a tour on analogue sonorities, hedonistic rhythms and intricate arpeggios, looking for a cosmic dance. I recorded all the tracks with hardware synths, and did not use any VST instruments or plug-ins, and every sound was recorded as a rock bank use to do. What I mean is that all the sounds were recorded in long takes, then it was time for cutting and editing, not doing loops, but keeping the human part and of course the human errors.

We are 3/4 of the way through 2017, what do you feel some of the year’s highlights have been for you?

Well, I always tend to think the best is still to come, but this year brought a lot of really good gigs and releases, I launched my own label, also released a nice EP on Solar Distance, Uner’s label, with a remix of Mattia Pompeo, which is hitting really well with DJs, and I also played a lot in several places such as Germany, Croatia, Montenegro, Italy, and Spain of course, so I am really happy with that.

Any important lessons you’ve learned as an electronic music artist that you would like to share with our readers?

Keep it simple, follow your heart and do the work. Every single day. That’s it. 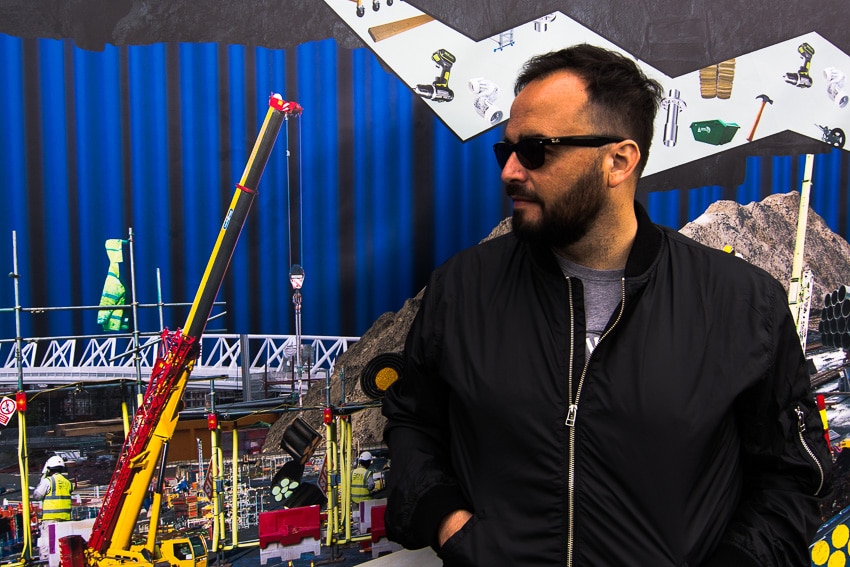 Spain is a country filled with musical talents, of which you are a part of. Why do you think it is that the country is such a hot bed for quality techno and house today?

Spain spent the last years just “purchasing” foreign artists so I think now, mostly after the big financial crisis we had from 2008 until 2014, we’re ready to evolve with the huge bunch of local talent that we’ve been capable of develop during those years. There is a lot of good artists with high success such as Talabot and Pional, as well as really good DJs releasing on the most important techno labels like Coyu, Ramiro Lopez, Uner, etc, and a pretty decent number of talented artists that are rising every day and crossing borders, including Galera, Nølah, Affkt, Brunetto, Clip!, BeGun, etc, so I think it was just a question of time for us to develop that creative part to the levels we have now. To be the home of several of the most important electronic festivals overseas like Sonar, Mira, LEV, Lapsus, Mutek, etc obviously help a lot, too.

Are there any particular artists and labels from Spain you draw inspiration?

I would not say inspiration, but labels such as Hivern, Fohen, Suara, Sincopat, are with no doubts milestones at the time to discover new music, and as for artists, I just named a few on the above question, and I could add a few more easily, but I think that the most important thing is all of us doing music now to really draw inspiration for the next generations, that is the important stuff.

Barcelona and Ibiza are of course the two biggest and well-known party destinations in Spain, at least as far as it goes for us in the States. How would you describe the rest of the country as far as the techno and house scene is concerned? Any particular clubs and city scenes worth checking out?

For techno lovers, i would definitely check Madrid and its Mondo and Crow parties at Lab, Florida (Huesca) and some special parties in Valencia at Gordo Club and Lanna in Gijón.

Any goals in 2018 you have set for yourself?

Well, it’s not easy to set goals when things are happening so fast, but I would say to keep doing live sets, and perhaps to play in new festivals and venues as well as repeat some of the big gigs in the city, such as Sonar, Nitsa, Razzmatazz. And if some promoter wants to bring me to the States, of course I will certainly put it on the 2018 wish list in a breeze!